Tesla Model S and X vehicles with the new Autopilot and self-driving capable hardware, also known as ‘Hardware 2’ or ‘HW2’, are starting to roll off the assembly line in Fremont since Tesla’s announcement last month. Now vehicles are being spotted with the new hardware suite in the wild.

Consequently, it gives us our first look at the new sensors outside of Tesla’s press content.

Tesla’s new Autopilot hardware suite consists of 8 cameras, 1 radar, ultrasonic sensors and a new supercomputer to support its ‘Tesla Vision’ end-to-end image processing software and neural net, which is the real star of the show here.

Nonetheless, the sensors are pretty cool and they certainly represent the most advanced sensor suite in a car available for sale today.

Equipping a car with 8 cameras without having to install a roof mount can be difficult, but that’s exactly what Tesla did. The automaker made a great effort to conceal the cameras and you really have to look for them or to know where they are in order to see the difference with a pre-October Tesla.

Sterling Anderson, Director of Autopilot Programs at Tesla, gave a great example with a picture (via Twitter) of the first Model X produced by Tesla last year and a new one with the second generation hardware: 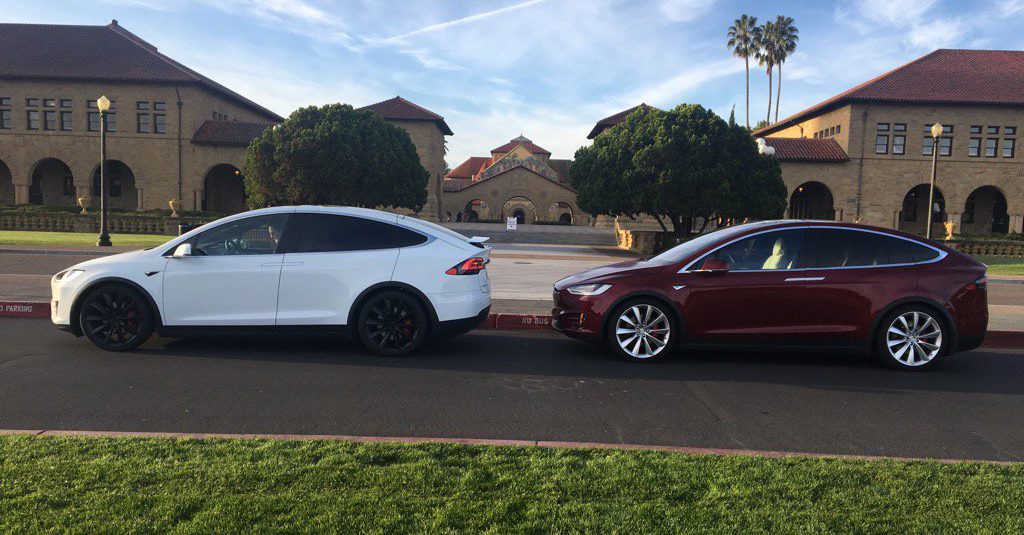 It’s hard to tell that one is “self-driving capable”. Again, unless you know where to look (or if you are familiar with the ‘Signature Red’).

Someone knew where to look and spotted one at a Tesla location recently. He agreed to share the pictures with us and it’s without a doubt our best look at the new sensors since the announcement:

That’s 8 cameras. You can see that a lot of work went into the design and packaging of the sensors, which are equipped with heaters so that snow or ice doesn’t end up covering them.

I remember over a year ago when a Model S prototype with 8 cameras was spotted in California. The setup was rudimentary compared to what is available today.

Now that the hardware is out there, Tesla needs to focus on the software. According to CEO Elon Musk, the first new “Enhanced Autopilot” features should start to be pushed to owners via software updates in December.