It becomes harder and harder to get excited about Henrik Fisker’s new electric vehicle. As we reported earlier this month, the renowned car designer started a new electric car company called Fisker Inc. and he set up a sister company to bring to market a new hybrid supercapacitor technology in order to create an all-electric vehicle with a range of over 400 miles.

You would think that his reputation as a successful car designer would be enough to create some hype around his project, but now it looks like Fisker is using some shady shortcuts to hype his car and he partly used Electrek to do it.

We are pretty lenient about moderation on Electrek. Aside from spam and personal insults, there isn’t much we are willing to remove, but sockpuppeting is definitely not allowed.

You can’t create an anonymous account to try to influence positively or negatively the conversation in the comments in favor of a company you work for or even worse, a company you have been paid by to especially conduct sockpuppeting.

That’s exactly what is happening with Fisker’s latest project.

TheTruthAboutCars tracked down some comments recently made on articles about Karma Automotive, formerly known as Fisker Automotive, and on Fisker’s new venture, including comments on our own articles. The publication managed to link those comments to Geeta Gupta, Fisker’s wife and his company’s COO, and to an Indian ‘online reputation manager’ company specialized in combating bad comments online.

The comments range from harmless positive comments about Fisker’s new ventures to trying to divert the attention from Karma Automotive to his new business.

Fisker hasn’t even officially unveiled the car yet, but he could be already losing credibility by using those shady techniques to hype his product. Coincidentally (or not), he has recently been gradually revealing his new concept with pictures on his Twitter account.

A picture of the profile from last week is seen above and here’s a new one he released yesterday:

Here’s an enhanced version to see the lines more clearly: 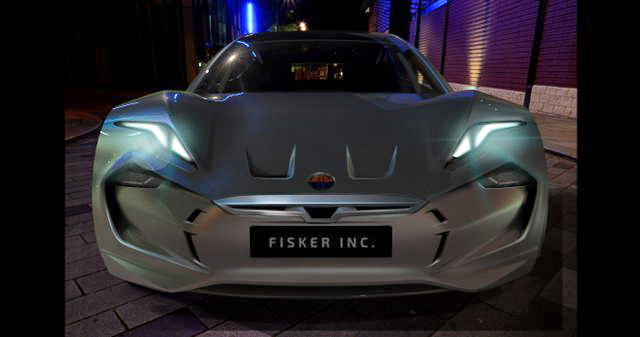 ‘Fisker Inc.’ should probably focus on the product and slow down the hype machine. While his Fisker Karma ended in bankruptcy, it still managed to create a small community of enthusiasts and there’s no reason he can’t do it again with a new vehicle.