Tesla is still holding onto most details of its mysterious product announcement today, but CEO Elon Musk just confirmed that the news will go live at 5pm PT (8pm ET – 12am UTC) followed by a media Q&A.

Tesla is still tuning its announcement process. The last two announcements, for the v8.0 software updates and the P100D models, were fairly similar with a press conference and a blog post with media content, but it looks like it will be slightly different today.

Hopefully, it means that it’s a more significant announcement. We sure hope so considering all the hype around the event.

Anything short of a Vertical Take Off and Landing (VTOL) all-electric aircraft and I will be disappointed. All jokes aside, expectations are high.

It looks like Tesla investors also have high expectations for the event – stock up over 3%: 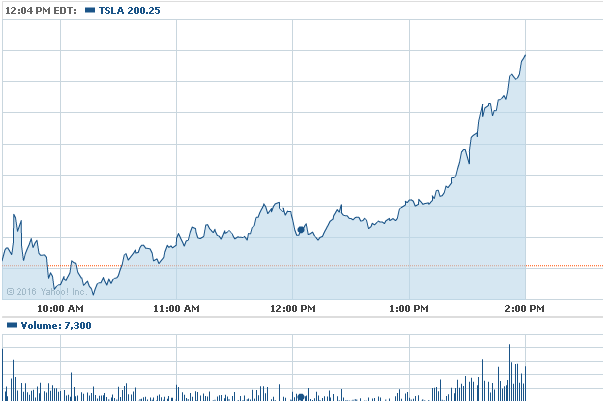 Volumes went way up as soon as Musk confirmed the time of the unveiling was after market close.

Featured Image: Tesla Model 3 under cloak ahead of the original unveiling in March, 2016