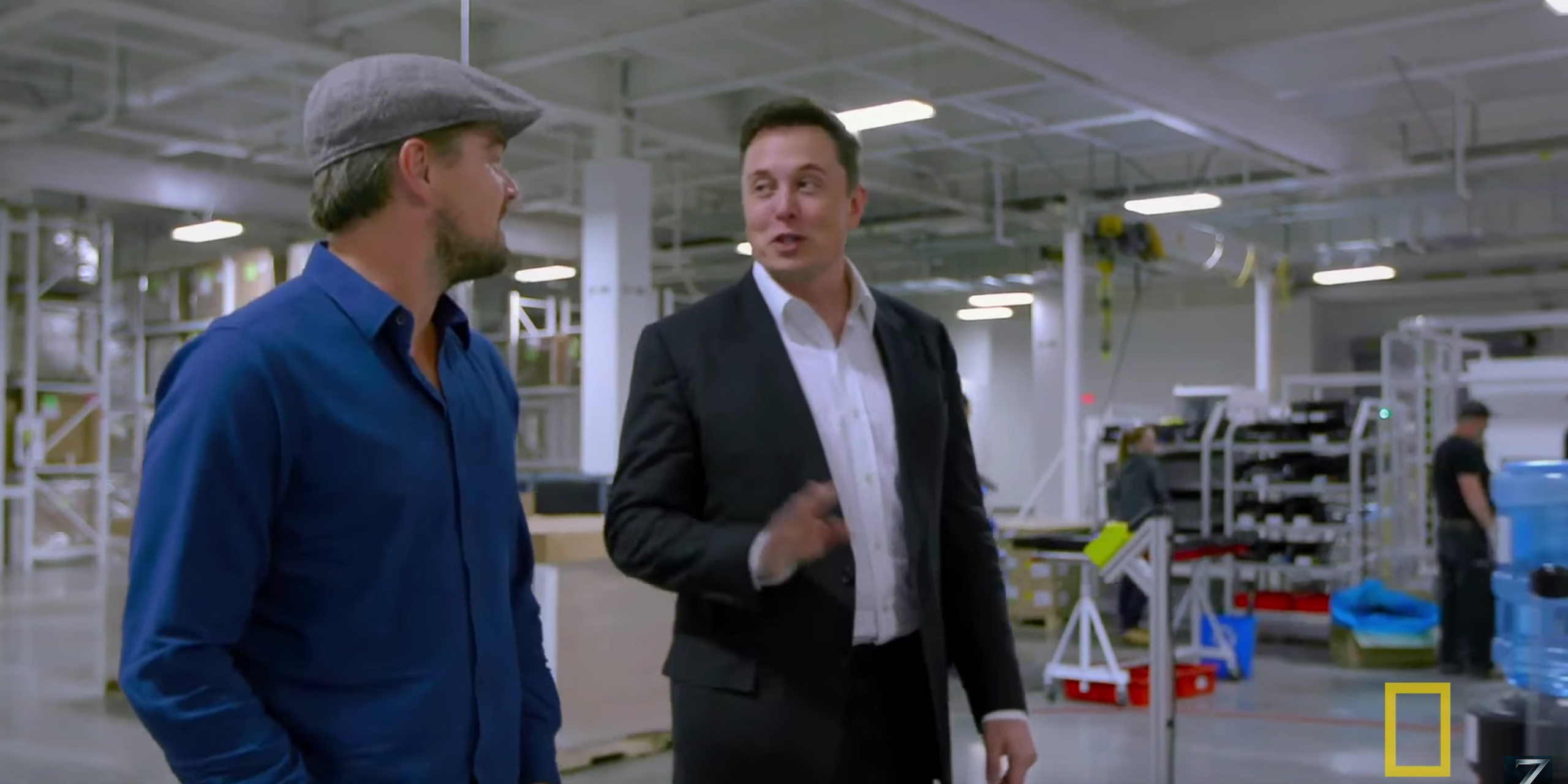 We obviously follow the climate change ‘debate’ pretty closely here and as the cause moves into popular culture, we’re here to cheer it on.  Leonardo DiCaprio’s documentary Before the Flood will hit the National Geographic Channel on October 31st,

In the clip screenshot above and embedded below, it appears that DiCaprio is touring the Tesla Gigafactory 1 outside of Reno Nevada. Tesla CEO Elon Musk is tells him that 100 of these factories are needed to remove fossil fuels from the global energy equation and move to sustainable energy.

Also making appearances in the movie are Barack Obama, Pope Francis, Bill Clinton and John Kerry, among others.

Before the Flood is a 2016 documentary film about climate change directed by Fisher Stevens. The film was produced by a collaboration between Stevens, Leonardo DiCaprio, James Packer, Brett Ratner, Trevor Davidoski, and Jennifer Davisson Killoran. Martin Scorsese is an executive producer. Revealed by DiCaprio on September 9, 2016 at the Toronto International Film Festival, the documentary will debut October 31, 2016 on the National Geographic Channel.