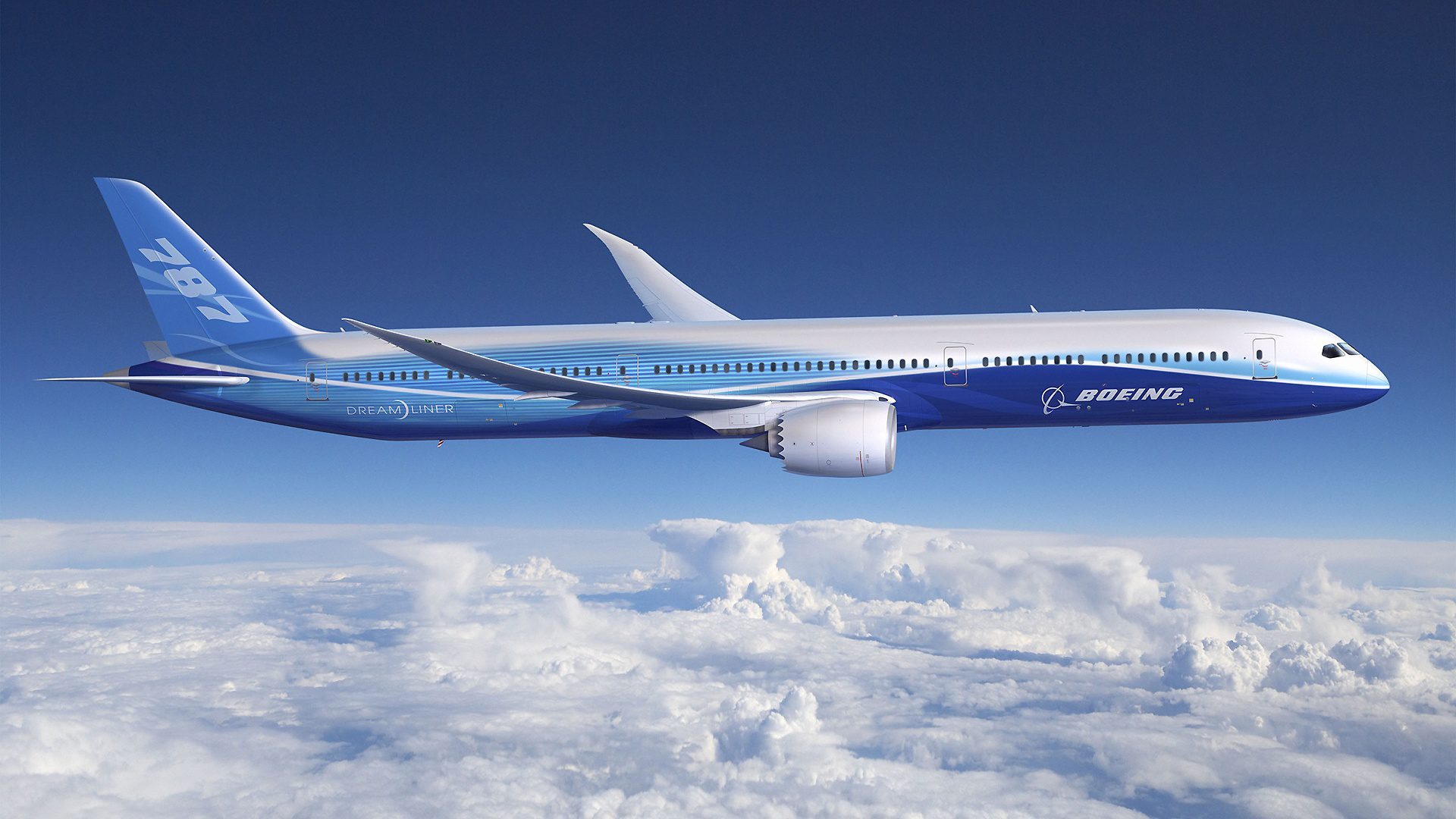 Have you seen an all-electric commercial airplane before? Neither have we or anyone. But Luke Workman, a highly regarded battery designer, thinks that he has an idea that will make that become a reality in the not so distant future. He hopes to accomplish this through optimizing existing battery technology and designing the battery layouts in planes so that they become more efficient and effective for long distance travel.

News Atlas had the opportunity to speak with freelance consultant, Luke Workman, who explained his battery design idea and how it could help the aviation industry transition to cleaner and more sustainable flight.

To begin, Workman states that the electric motors today are “extremely effective in the air,” and that the main problem is packing as much energy into the battery packs as possible while also trying to keep the weight down for the most range. He continues to tell News Atlas that about “35% of the weight in the cell is current collection, sheets of aluminium and copper foil that are just there to get the energy in and out of the cell. That’s a lot of weight that’s not active material. It’s a lot of weight a plane has to carry that’s not storing energy.” So what solution does Workman propose?

He wants to use the wing area of planes as a “giant battery.” More specifically, he wants to make the wings an “electrode plate surface, and then conduct through the axis with the cross section of the full wing area.”

“I’ve [Workman] come up with a battery design that weighs far less and handles heat insanely well – it just requires a gigantic, flat surface area. Like, say, the over-sized wings of a supersonic plane.”

Unlike a conventional battery cell conducting energy at the tab on top, Workman intends to put large sheets of active material together in between thin, double-sided foil layers (one side aluminium, one side copper). In doing this, all of the cells are in contact with each other conducting through the whole surface. An example of this is down below: 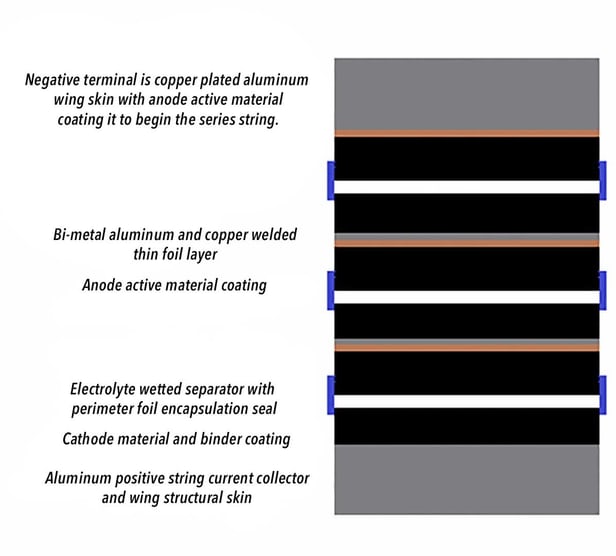 Because wings need to be strong and structurally sound, Workman suggests that “we can use the battery as the middle layer of the wing, and we can use the aluminum skin of the wing as a current collector to get power from the ends of that battery sandwich out to the motors.”  A visualization of this can be seen here: 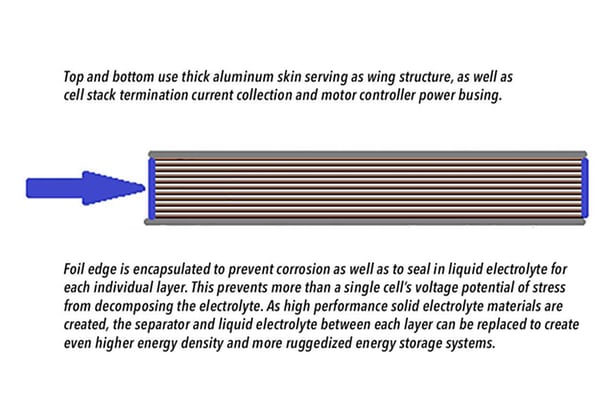 He also noted that because small batteries today conduct in a specific way, this “sandwich” idea wouldn’t work or scale the same way. But applying this concept to large surface areas works because of how spread out it is. Not only would it conduct extremely well, but being so thin, it would also have very little heat. And as most of us are aware, battery temperature regulation is usually a pretty common topic when discussing about batteries.

Since he is using a “supersonic” airplane as his example, he draws up some quick estimations on the technical specifications if his idea was implemented in the plane:

“Based off existing cell materials that are safe and have high cycle life, you can get around 13,300 amp hours per 0.2 mm of thickness for each foil layer. Nine-hundred layers would give us 3.3 kV nominal and around 44 megawatt hours of battery storage.

Total weight would be roughly 104,000 kg (230,000 lbs), with an extraordinarily high percentage of that mass being active material, and lower conduction losses than any currently existing topology despite its high charge/discharge rate capabilities. That gives us 423 watt hours per kilo, well and truly in the ballpark, using proven materials we can get off the shelf today. And that’s if we’ve got 300 square meters of wing area, with a foil core about 20 cm thick and 1 cm current conductor plates on the top and bottom. The bigger this battery gets, the more efficient it becomes.”

In summary, the bigger the plane, the bigger the wings and surface area. So as a plane gets larger, the result will be more range and efficiency. But not only could this work for planes, but other large vehicles or structures: buses,  trains, eighteen-wheelers, boats or even power storage.