PSA: how to get access to the Tesla v8.0 software update in your car faster

We had a pretty extensive continuous coverage of Tesla’s v8.0 software update over the past few months at Electrek, but now we are about to see if the update lives up to the hype. If all goes well, Tesla should start pushing the update within the next 24 hours.

Here are a few tricks to help some impatient owners potentially get the update faster:

Of course, Tesla’s updates are over-the-air. It’s one of the most important features of the car – you can just wake up in the morning with brand new features or a UI overhaul in your car.

But Tesla doesn’t roll out updates in all of its 150,000+ vehicles at once. No one knows exactly how it happens, but we do know that it can sometimes take days between the first and last batch of vehicles receiving the same update.

A trick to get the update pushed to your car faster once it is made available is to go near a Tesla service center and connect your car to their wifi.

The evidence of this trick actually working could be considered only anecdotal, but there have been so many successful attempts that it’s definitely worth a shot if you are near a service center or for a short detour if you absolutely can’t wait for the update.

Some owners have reported not even needing to download the update on Tesla’s wifi network, but simply connecting to the service center could, again based on a lot of anecdotal evidence, bump you up the list and then you quickly get the update.

Now once you get the update, you get this beautiful screen: 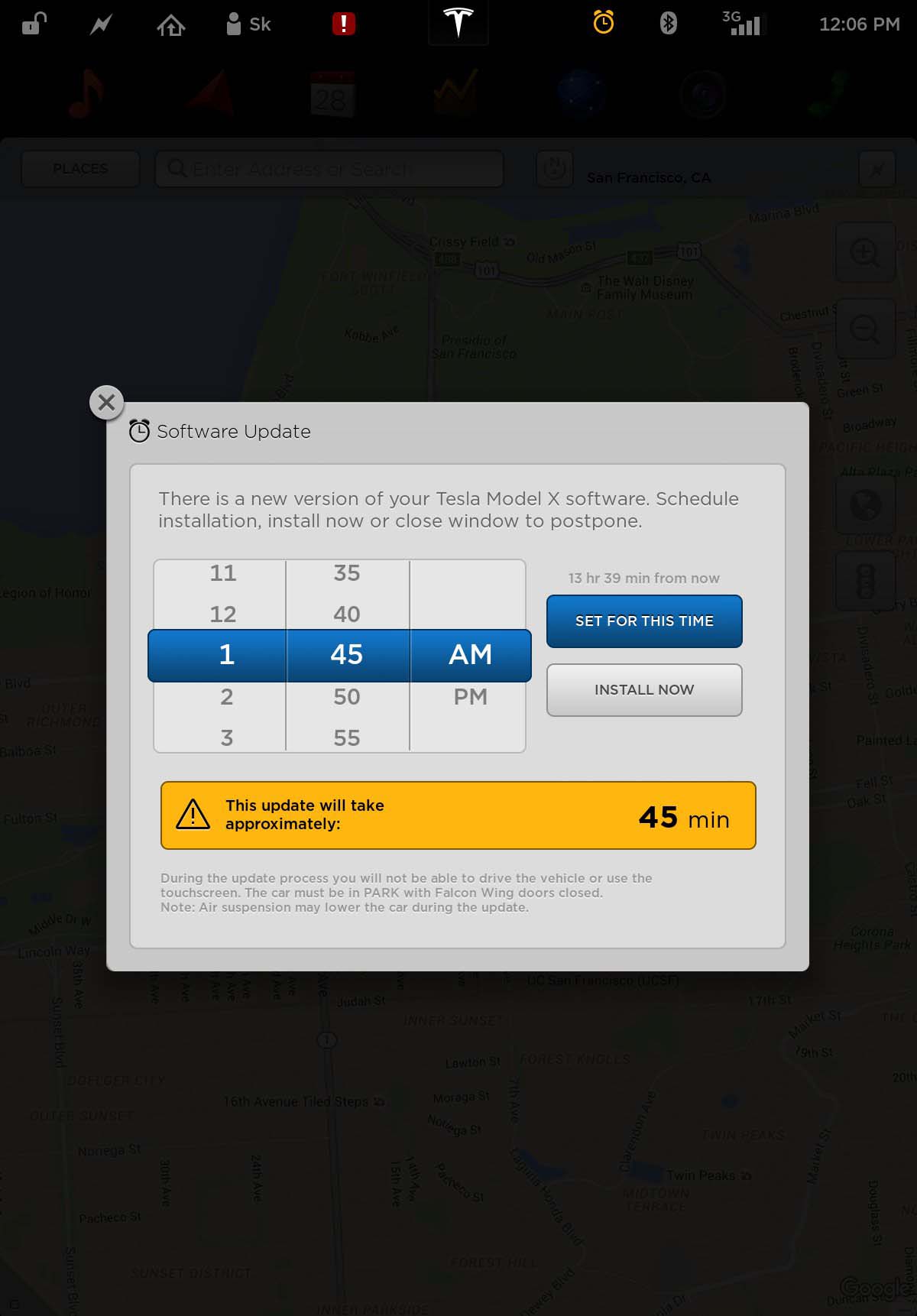 Now here’s another trick that maybe you didn’t know about: because every second counts when you are a Tesla enthusiast, you will press on ‘Install Now’.

When you click on it, Tesla still gives you a 2-minute countdown before installing the update. You can touch the countdown a few times to reduce it to zero and the update will start. Another 2 minutes saved.

Hopefully, there are no last-minute hiccups and the update starts to roll out within the next 24 hours. If you are not familiar with it already, I suggest reading our recent coverage on Tesla v8.0 to get all the details, including exclusive pictures: