Elon Musk follows through in Portugal, Tesla officials are meeting government for a presence in the country

Earlier this year, we reported on the Tesla owners community in Portugal pleading for the automaker the establish a presence in the country and offer services. CEO Elon Musk heard the plea and shared our article writing simply ‘OK’:

Now we learn that Tesla is following through in Portugal and company officials are meeting with the government to establish a presence in the country starting with Superchargers.

As we mentioned in the previous report, there are already quite a few Tesla owners in Portugal despite the hoops they have to jump through to drive the Model S in the country.

Tesla doesn’t directly offer any service in Portugal right now, meaning that the current owners had to go through Tesla in another country and then import the car in Portugal. If the car needs service, owners would have to travel through Spain, all the way to Bordeaux or Marseille in France.

Now local newspapers are reporting that Tesla’s charging infrastructure manager for southern Europe, Douglas Alfaro, is meeting with government officials over “the possibility of extending the Supercharger network to Portugal and the establishment of a formal representation of the manufacturer in the country”, according to Negocios.

Tesla is only starting to expand in Spain: 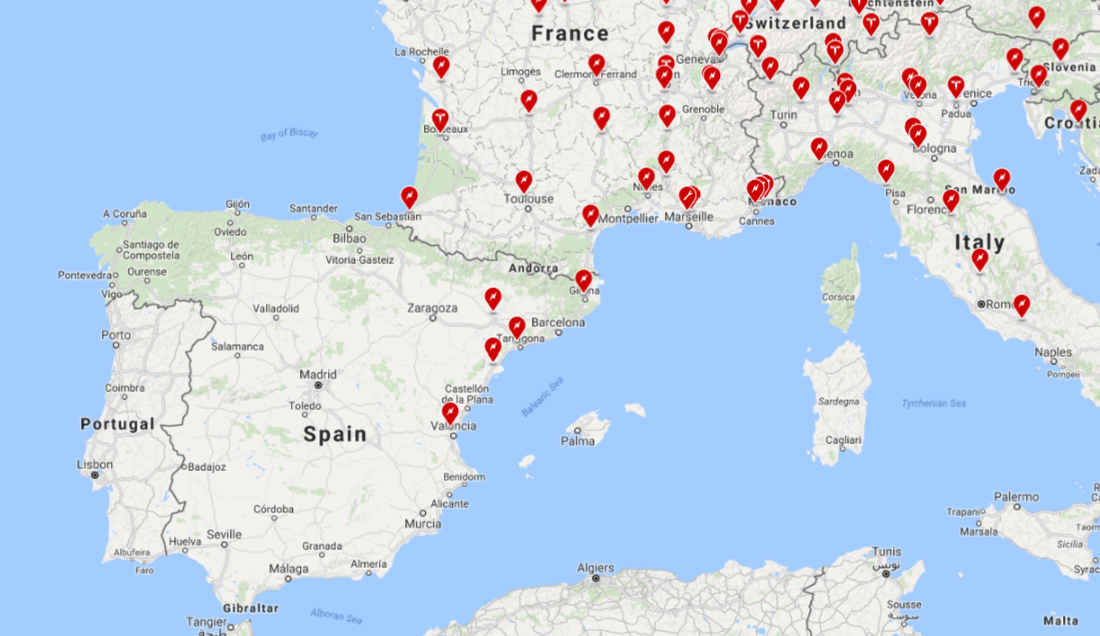 The automaker opened 2 Supercharger locations in Spain last year, but also added 4 more in the past 3 months alone. Construction work started at 3 more location and they are getting a lot closer to connect Portugal with the rest of Europe.

No service center or store have been announced yet, but they normally follow Superchargers closely and Tesla is looking for Spanish and Portuguese speaking sales advisors at its European headquarters in Amsterdam. Tesla plans to have all of Europe covered by its Supercharger network by the end of next year ahead of the introduction of the Model 3.