Karma Automotive, formerly Fisker Automotive, released today the first images of the 2017 Karma Revero, which is based on Fisker’s original Karma. The company didn’t confirm any spec on the new vehicle but introduced a countdown (28 days) on its website, presumably for an official reveal and/or starting the pre-order process.

The vehicle’s design shouldn’t be surprising to anyone familiar with the Fisker Karma.

Design was never Fisker’s problem and it still shows with the Revero. It’s truly a stunning 4-door sedan.

The company confirmed that the vehicle will still feature a solar roof, though don’t expect it to contribute significantly to the vehicle’s range.

We are anxious to know what they did with the powertrain. The company is likely to release the information only next month after the countdown ends, but the original Karma had a 2.0-liter hybrid electric powertrain with about 33 miles of all-electric range and 240 miles total range.

The company also released a teaser of the interior with the new infotainment system. We reported Karma hired Tesla’s lead interior designer earlier this year. 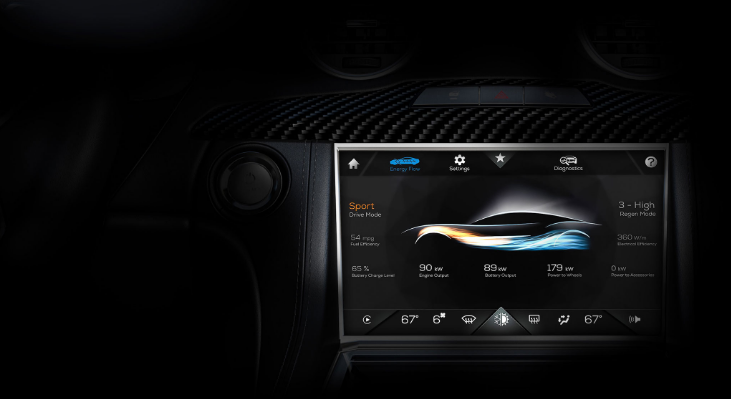 As we reported earlier this week, Karma confirmed that it will distribute its cars through both dealers and company-owned stores, though it only announced dealer agreements and no official stores yet.