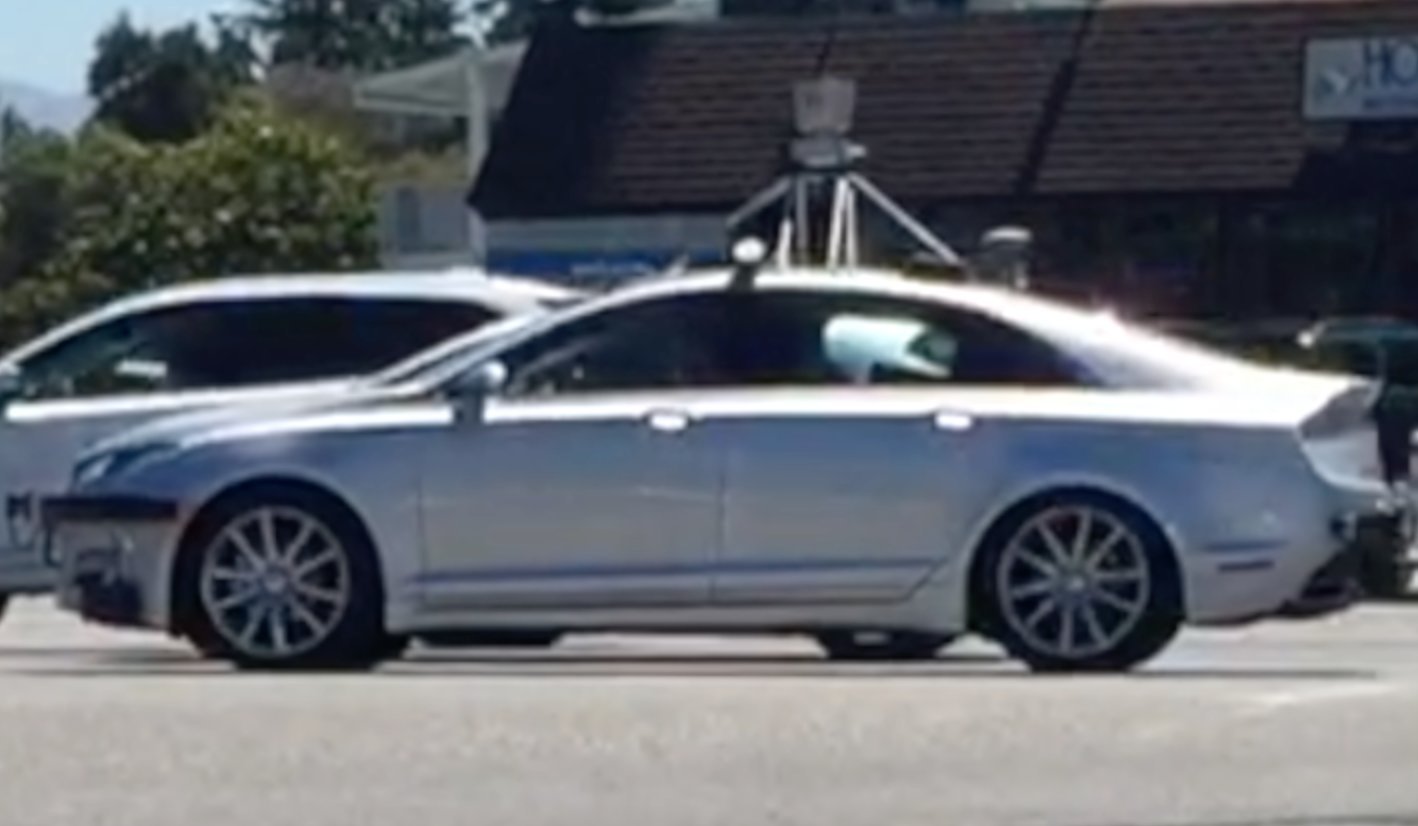 Back in June, the California Department of Motor Vehicles (DMV) approved the electric vehicle startup Faraday Future for self-driving car testing in the state. Now it looks like the company’s first test mule was spotted and the company is using a Lincoln MKZ.

The company has been building an impressive team of automated driving experts under Becker, including experts from Ford and more recently, the startup hired computer vision expert, Sangmin Oh, from Nvidia.

Now a commenter (below) has posted an image from Faraday Future’s office in Gardena, California spotting a Lincoln MKZ test mule coming out of the company’s parking lot:

It looks like the test mule is for self-driving technology with some sensors hidden on top behind the roof rack, on each side of the license plate, and on rigs on the front and rear bumpers.

They could also have retrofitted the Lincoln with their electric powertrain like Atieva is doing with its Edna van. At first glance, it doesn’t look like there’s any sensor directly on the roof rack and similar racks are sometimes used to fit ballast weights in order to simulate a higher center of gravity, which would make sense since FF’s first vehicle is expected to be a crossover, not necessarily a sedan.

Update: Sources with knowledge of Faraday’s vehicle program told Electrek that the prototype is actually for the company’s Advanced driver assistance systems (ADAS) program – so not full autonomy, yet…