Engineering team turns on Hyperloop One in a lawsuit full of allegations of cronyism, nepotism and a death threat

If you follow Electrek, you know we are big fans of the Hyperloop concept and we are following closely the companies working to make it a reality. Hyperloop One, the company arguably making the most progress with already a full-scale test track under construction (pictured above) and several deals to develop routes, is now under scrutiny after one of the co-founders left and is now suing the company along with other executives.

The court documents, which are embedded below and were first obtained by CNBC, allege what is a common fear among technology enthusiasts when new companies make extravagant claims, that “the technological promises are being strangled by the mismanagement and greed of the venture capitalists who control the company.”

Hyperloop One Co-founder and CTO Brogan Bambrogan is leading the lawsuit with two other plaintiffs, David Pendergast, the company’s former Assistant General Counsel, and William Mulholland, the startup’s former Vice President of Finance.

The plaintiffs accuse the defendants, Chairman Shervin Pishevar, CEO Robert Lloyd, board member and investor Joe Lonsdale and General Counsel Afshin Pishevar, of several instances of cronyism, nepotism and in one instance, even of a death threat.

The lawsuit lists several allegations of mismanagement by the board, which range from repeatedly forcing engineers to give tours to impress Pishevar’s friends and celebrities, to giving jobs to allegedly underqualified friends and family members. 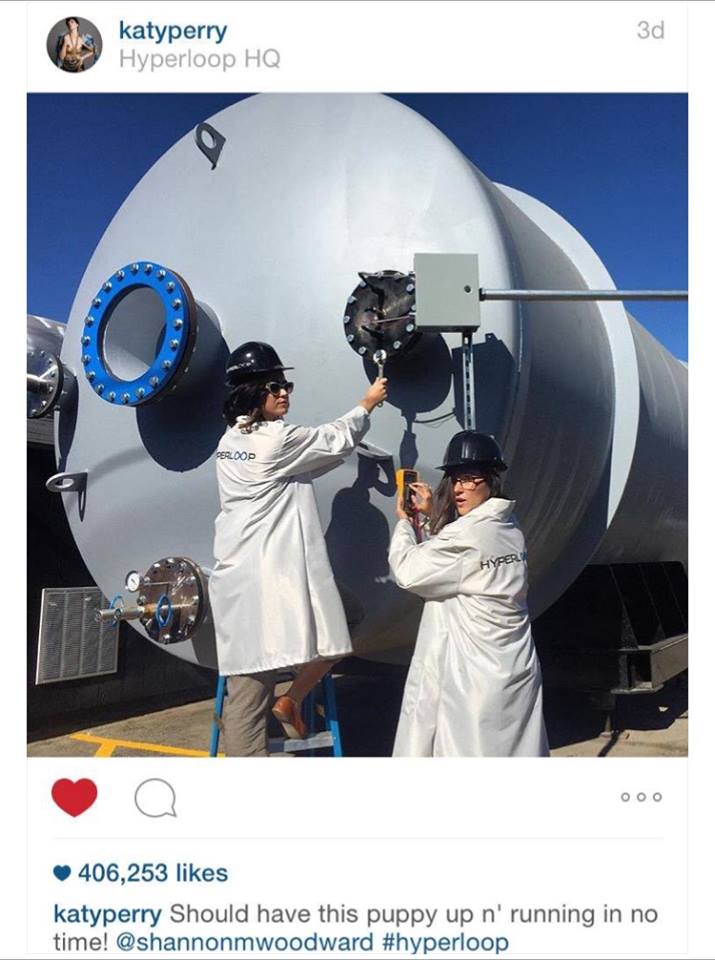 The most serious accusations involve Chairman and Co-founder Shervin Pishevar more than doubling the salary of the PR firm Hyperloop One was employing after he started dating the PR representative and later terminating her contract after the relationship ended.

“Similarly, from January 2015 through March 2016, Shervin Pishevar forced Hyperloop One to pay his girlfriend, and eventual fiancé, approximately $400,000 for “PR Services.”
Those payments were far in excess of fair market value for the minor services provided, and were a waste of company assets. Shervin’s girlfriend added very little value andwork product to the fledgling company.
Her $400,000 in compensation was far above market forservices rendered by a PR firm, at a time when Hyperloop One’s employees were working at well- below market rates. (Though the girlfriend was engaged by Hyperloop One before she begandating Shervin, after they began dating, Shervin increased her monthly payments from $15,000 to$40,000, with no proportionate increase in responsibility or work product). Despite repeated calls for her termination from the company’s executive team, Shervin refused. Only upon the breakupof their romantic relationship did Shervin allow Hyperloop One to terminate his paramour’s relationship with the company.”

The allegations also include the hire of Pishevar’s brother, Afshin, as General Counsel, who the plaintiffs consider underqualified since he was a personal injury lawyer based in Maryland with no experience as a corporate lawyer.

The lawsuit lists several other instances of alleged mismanagement, which you can read in full below, and it ultimately led to the company’s core engineering team asking the CEO and the board to change its practices and give more control to the group.

We regret that we find ourselves in this situation, but we feel that our past repeated efforts at dialogue with you have failed. Our purpose and goal is to achieve two things: engineering control of the company and equitable distribution of the benefits of Hyperloop to the team that is working every day.

We want to be clear that we have made numerous attempts to address matters that have caused us concern through discussion.

As you know, Hyperloop One has made amazing progress over the last two years and stands on the precipice of commercializing this leading edge technology to help solve some of the world’s mobility problems as well as bring great value & opportunity to everyone it touches. We believe this will be the whole world. This remarkable progress has been achieved by an amazing team acting on a truly great vision. The entire team’s speed, quality of work, and dedication has led to rapid growth in people, partnerships, engineering product, and worldwide recognition. From the very beginning, the company culture built by our engineering leaders has attracted the brightest minds to build a singular company to deliver on the promise of Hyperloop.

But there is a problem: this stellar company and its team feel that our work is severely undervalued and that our principles are not matched by certain members of the Board.

Primarily, we feel that a significant problem exists in the disparity between the outsized control and equity owned by ShervinPishevar and the limited collective control and ownership by the team.Also, we don’t believe that venture capitalists should have voting control of a company which is engaged in the development of technology and deployment of infrastructure that they do not fully understand. As it stands, the people who are inventing this technology, building it, and interacting with customers, technical partners, corporate partners, and financiers are not the ones who stand to gain the appropriate value from it’s success.

In addition, there have been multiple occurrences of misuse of company resources and corporate waste by both Shervin and Joe. We have lost faith in Hyperloop One’s governance structure. These views are held widely across the company. The people who are aware of this letter and support it are:

We have chosen to keep this list short to provide an opportunity for a discrete resolution. Please note that this list includes the technical founders, all of the engineering leadership, as well as the heads of Finance, Operations, Business Development and Legal. We are fully confident that the entire engineering team and all the critical members of the other departments would join if asked.

Hyperloop One should be an engineering led company with a team of people who are working every day in it’s best interest. We believe that this company’s leadership and ownership structure should reflect that. We acknowledge and deeply appreciate the contributions of Shervin Pishevar and Joe Lonsdale, but the disproportionate influence that the current ownership structure provides to them,especially in light of how they have used that influence, represents a threat to the success of this great company. We feel compelled to actin an effort to protect the best interests of the team, the company and the shareholders.

After they received the later, things escalated to the point of what has been described as a death threat.

According to the suit, Bambrogan was supposed to meet with investors with Pishevar in Russia, but he stayed behind because of the troubles at the company. When alerting the investors of his absence, he referenced the problems brought up in the letter which he thought they were aware of since they were board observers. It wasn’t the case and the investors brought it up in a dinner with Pishevar who reportedly became agitated.

Hours later, his brother, Afshin, was reportedly seen on a security camera leaving a noose on Bambrogan’s chair:

After the incident, five of the group of eleven who signed the letter had been “forced out”, according to the lawsuit. Josh Giegel, the number two engineer at the firm after BamBrogan, resigned at the same time as the CTO, but later came back with a “promotion” to co-founder. They both worked at SpaceX before joining Hyperloop One.

It’s all very worrisome to read and hopefully (but unlikely), it will not slow down the progress made on the Hyperloop.

You can read the lawsuit in full below.