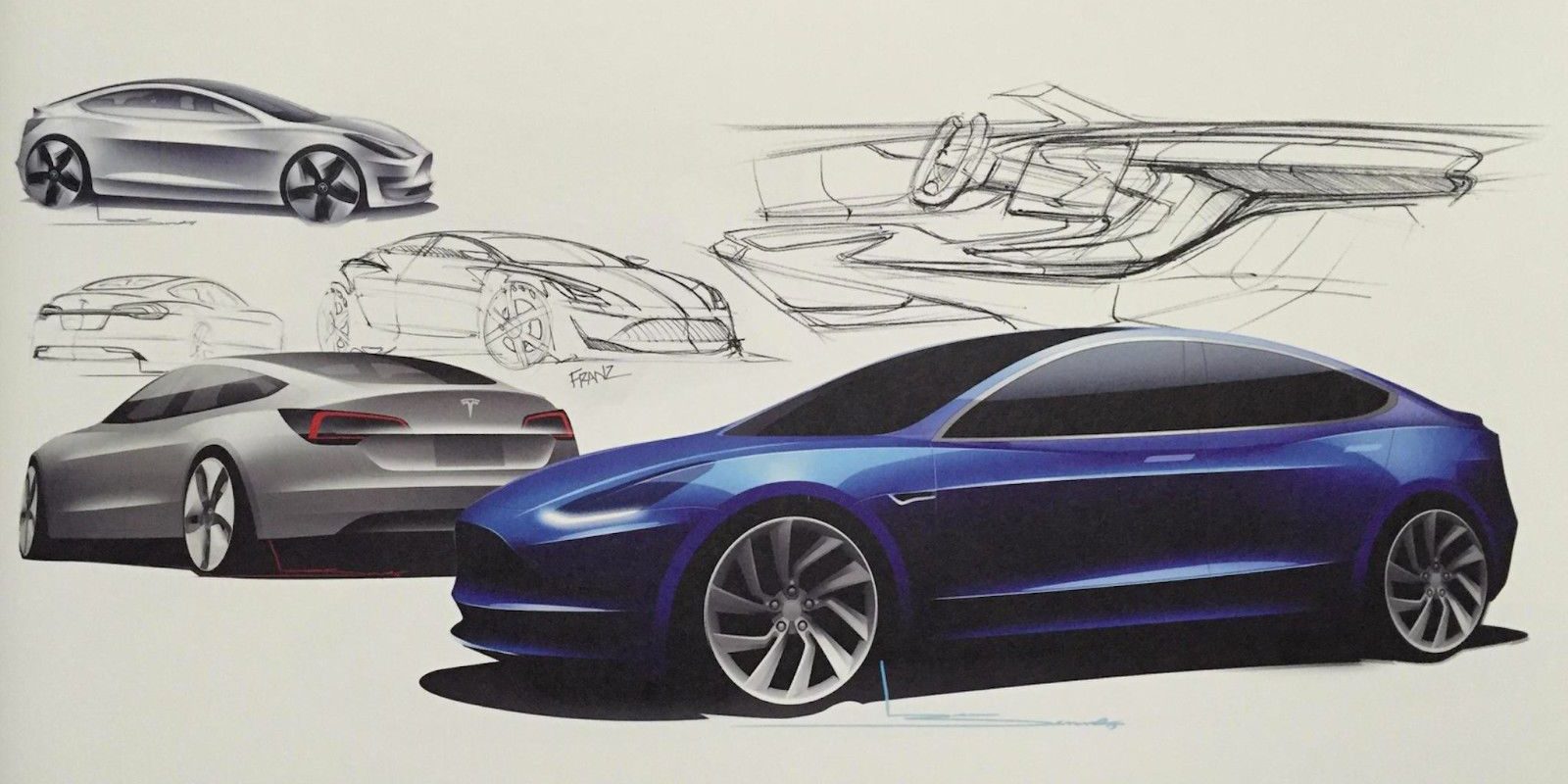 In the days following the unveiling of the Tesla Model 3 and the subsequent flood of pre-orders for the vehicle, CEO Elon Musk said that the automaker will be sending out a “token of appreciation” to those who stood in line at the store to reserve the Model 3 before it was even unveiled.

Token of appreciation for those who lined up coming via mail. Thought maybe 20-30 people per store would line up, not 800. Gifts on order.

Indeed, some places had lines of over a thousand people waiting to order the vehicle sight unseen. Now the first reservation holders are reporting starting to receive the ‘thank you’ gift.

He then tweeted a picture of the Model 3 design sketches (picture above) and implied that customers will be getting the print and “a few other things”.

A reservation holder from San Diego, California, received the thank you note yesterday from Elon and shared a picture of it on the Tesla Motors Club: 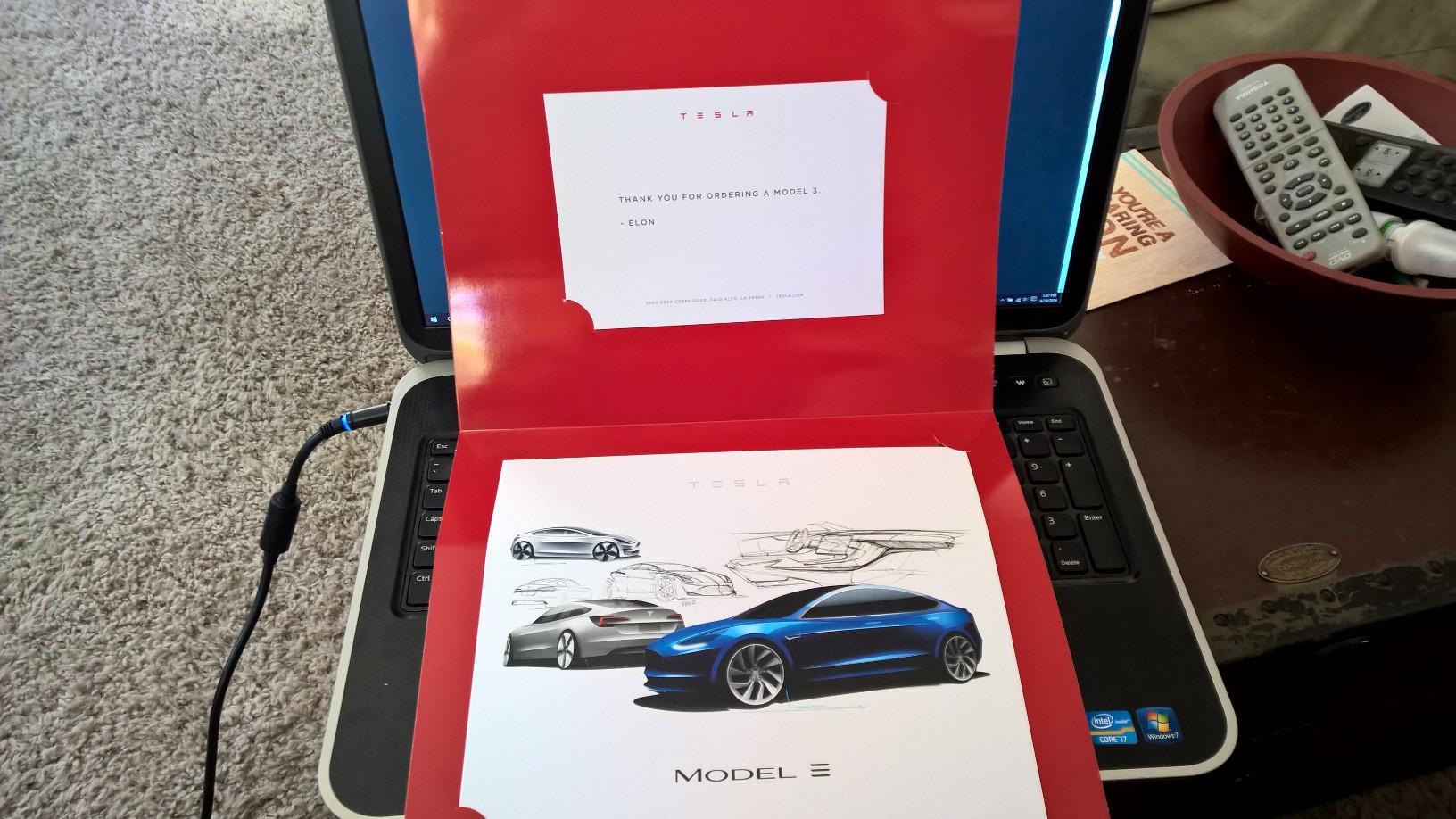 The reservation holder didn’t specify if the pre-order was made in store or online. We checked with a few other reservation holders – some who ordered in store the first day and others online – and no one received the print or any other token for that matter.

People in California or closer to Tesla’s headquarters or factory could be receiving the token sooner than the rest of the world.

The Model 3 launch was a very exclusive event, more so than the Model S and X events where attendees received prints of the design sketches of the vehicles:

But in the case of the Model 3, the event was livestreamed to hundreds of thousands and it only makes sense for the print to make its way to those people instead of the few in attendance.