You might remember Porter Harris from our piece on SpaceX’s battery development ‘Tesla is not Elon Musk’s only company developing high-tech battery packs‘ – and also when covering Faraday Future (FF) since Harris joined the company as ‘Chief Battery Architect’ in November 2014 – and then one more time when he suddenly left the company just before it came out of stealth mode.

Electrek has now learned that he co-founded a new startup to compete with FF and Tesla with new battery pack designs for electric vehicles, and even to compete with ‘Tesla Energy’ in stationary energy storage products.

The US energy storage market grew by 243% in 2015 – in large part due to the launch of Tesla Energy. The U.S. deployed 221 MW of storage in 2015 according to GTM Research, and it is only the beginning.

The firm expects the market to grow to 1.7 GW valued at $2.5 billion by 2020. That’s in the U.S. alone, IHS expects 6 GW globally as soon as next year and 40 GW by 2022. A lot of companies want to grab a share of this exploding market, Tesla’s new energy divisions has been a well-covered example, but plenty of other companies have entered or increased their efforts in the field, like Daimler, Panasonic or GE just to name a few.

Of course, a few startups are also expected to give it a shot too.

Romeo Power was founded early last year by serial entrepreneur Michael Patterson, the man behind companies like inAuth and S Mobile Systems. When Patterson first started Romeo, it was to bring to market a small portable battery system that can be charged from kinetic energy, the company is still working on the system, but also changed its direction to leverage its battery expertise for bigger markets.

The company went dark earlier this year and Harris joined as a co-founder and CTO after leaving Faraday Future. This week the company stepped out of its brief stealth mode for a sneak peek at its first battery pack designs for home energy storage, industrial energy storage and even for electric vehicles – on top of its earlier designs for personal and portable battery packs. 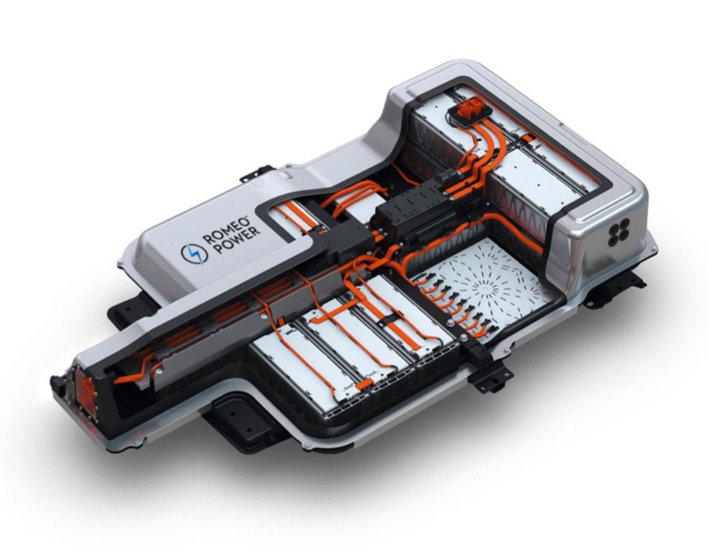 More recently, he was responsible for battery engineering including module and pack design, and cell selection at Faraday Future.

Harris is joined by a former Tesla engineer, Arun Gunasekaran, who worked on various battery packs for cars and stationary storage at Tesla before leaving last year and briefly joining startup Coin. Last month, he joined Romeo Power as VP of Electrical Engineering.

Another person affiliated with Tesla joined the startup. Taryn Battram, who worked as a marketing consultant at Tesla for the past year, joined Romeo as VP of Marketing.

The company updated its website this week to include a quick description:

“At Romeo Power, we’re battery design innovators and passionate entrepreneurs. We’re expert aerospace and automotive engineers who apply our unparalleled knowledge to the consumer electronics industry. But above all, we’re firm believers in helping everyone, everywhere create and manage their own unlimited power—and discover a world of untapped possibilities.”

And shared previews of the battery systems they expect to released next year:

It looks like the startup is working on the battery packs and not the cells – meaning cell layout, cooling, battery management system (BMS), temperature sensors, interconnections, charger, etc. We asked the startup what can of cells they plan to use and we will update if we get an answer.