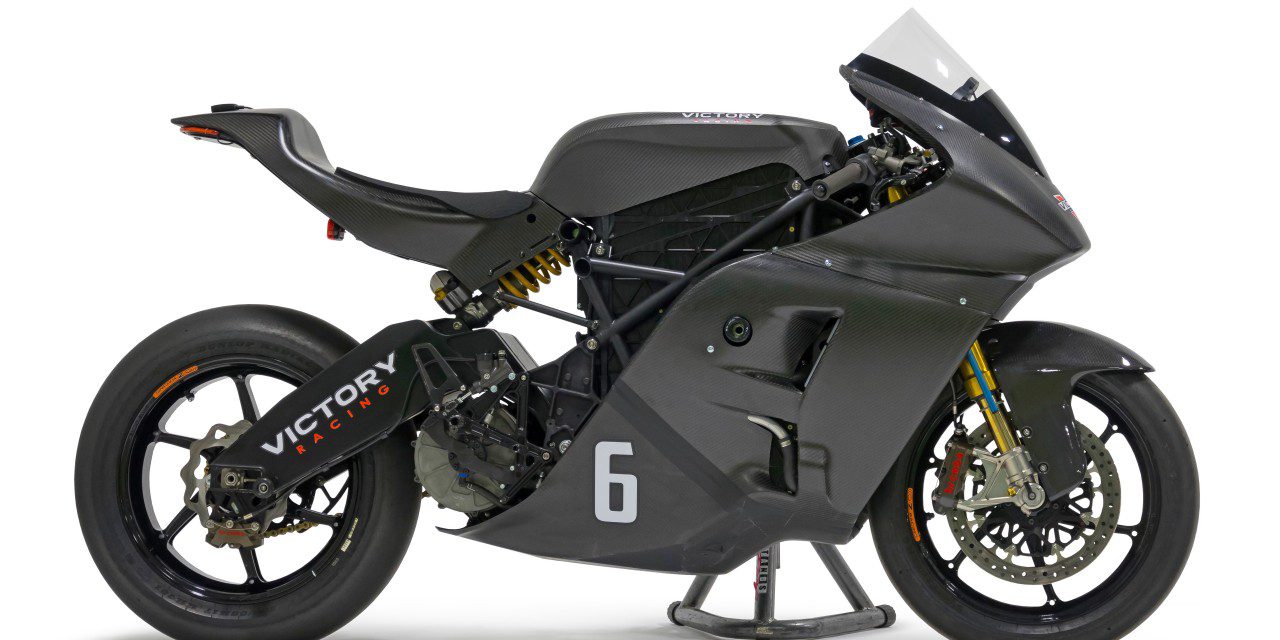 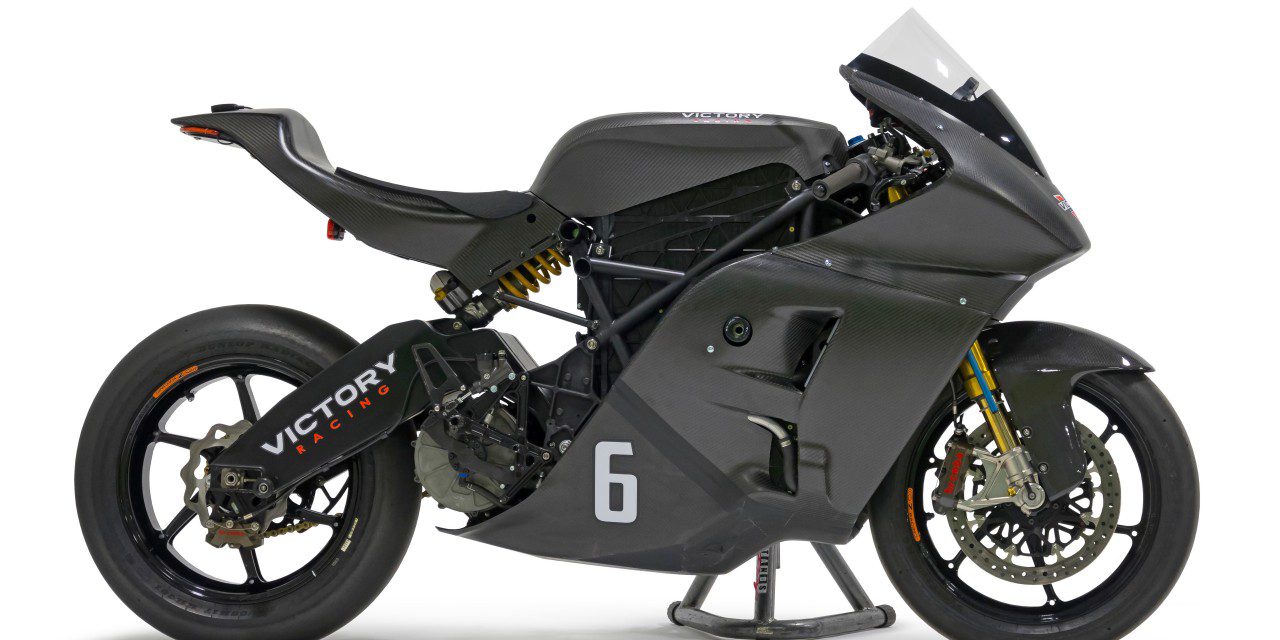 Victory Motorcycle announced a surprise participation at the Isle of Man TT with the newly unveiled all-electric motorcycle: Victory RR. The Victory RR is another child of Victory Motorcycle’s union with electric bike maker Brammo through their parent company Polaris.

Victory developed the RR based on its experience with the TT from last year’s Isle of Man TT Zero. Victory Racing’s team manager, Brian Wismann said:

“Our electric Empulse RR race bike placed third on the podium in the TT Zero race last year, which we were thrilled with. Using the data we gathered on our laps of the TT course has helped us to develop a new battery module as well as improving the powertrain. We feel like we can return to the TT with more performance as well as being able to test this technology for our future products.”

William Dunlop, who stood on the TT podium five times, will be racing Victory’s latest creation next month at the Isle of Man and he is gunning for a first place.

Here’s a gallery and full press release below:

The Victory RR electric motorcycle has been developed over the past year using data gathered during last year’s TT Zero and will be ridden by William Dunlop.

It means Victory Racing is fielding entries in two of the world’s most gruelling road races – Pikes Peak in the USA and the Isle of Man TT in Europe.

Commenting on the return to the Isle of Man TT, Alex Hultgren, Director of Marketing for Victory Motorcycles said: “One way we continuously push ourselves in performance is through our Victory Racing initiatives. The Isle of Man TT is one of the most challenging motorcycle races in the world, so of course we have to be there.”

Victory’s international R&D development program is well underway and the Victory RR bike, as well as the ones racing at Pikes Peak, are test beds for technology that will be used in the firm’s future products.

Victory Racing’s team manager, Brian Wismann said: “Our electric Empulse RR race bike placed third on the podium in the TT Zero race last year, which we were thrilled with. Using the data we gathered on our laps of the TT course has helped us to develop a new battery module as well as improving the powertrain. We feel like we can return to the TT with more performance as well as being able to test this technology for our future products.”

Alex Hultgren adds: “This year with a new machine and new technology behind us we continue to have high expectations. We are working to develop the best platform for our racer, William Dunlop, who is familiar with the view from the podium.”

Brian Wismann gives a further insight in to what is new on the RR. “The newly developed battery leverages the lessons learned from our entry in last year’s TT Zero event,” he explains. “The battery is a ground-up new design with the help of our technical partners at Brammo and necessitated a big change in the chassis design – from an extruded aluminum twin spar to a steel trellis frame. The biggest difference in the battery itself is an improvement in both the overall energy / capacity we’re carrying on board the bike, as well as a marked improvement in the energy density of the battery itself. As you know, lithium-ion battery technology is improving every year and with the Victory RR we are leading the way to batteries that will provide more performance, greater range and less cost in future vehicles.”

Some enhancements have also been made to the electric motor too. Developed in partnership with Parker Hannifin, the motor is called the Parker GVM. It boasts world-class specific power (the power to weight ratio), producing a peak of over 170hp from a package that is only eight inches in diameter and five inches long. With peak efficiencies topping 97 percent, it is clear to see why Victory gets excited about the potential of this powertrain for future products.

Brian Wismann adds: “Compared to the electric motor we used in the TT Zero event last year, this year’s version features an even further optimised winding configuration based on the data gathered from last year’s bikes. Coupled with the increased energy on board in the battery, William Dunlop will have access to more of the power available from this motor than in 2015.”

The first practice for the SES TT Zero is scheduled for Friday 3rd June at 20:40 with second practice on Saturday 4th June at 17.15 and a final qualifying session on Monday 6th June at 16:25. The race is scheduled at 16:25 on Wednesday 8th June.