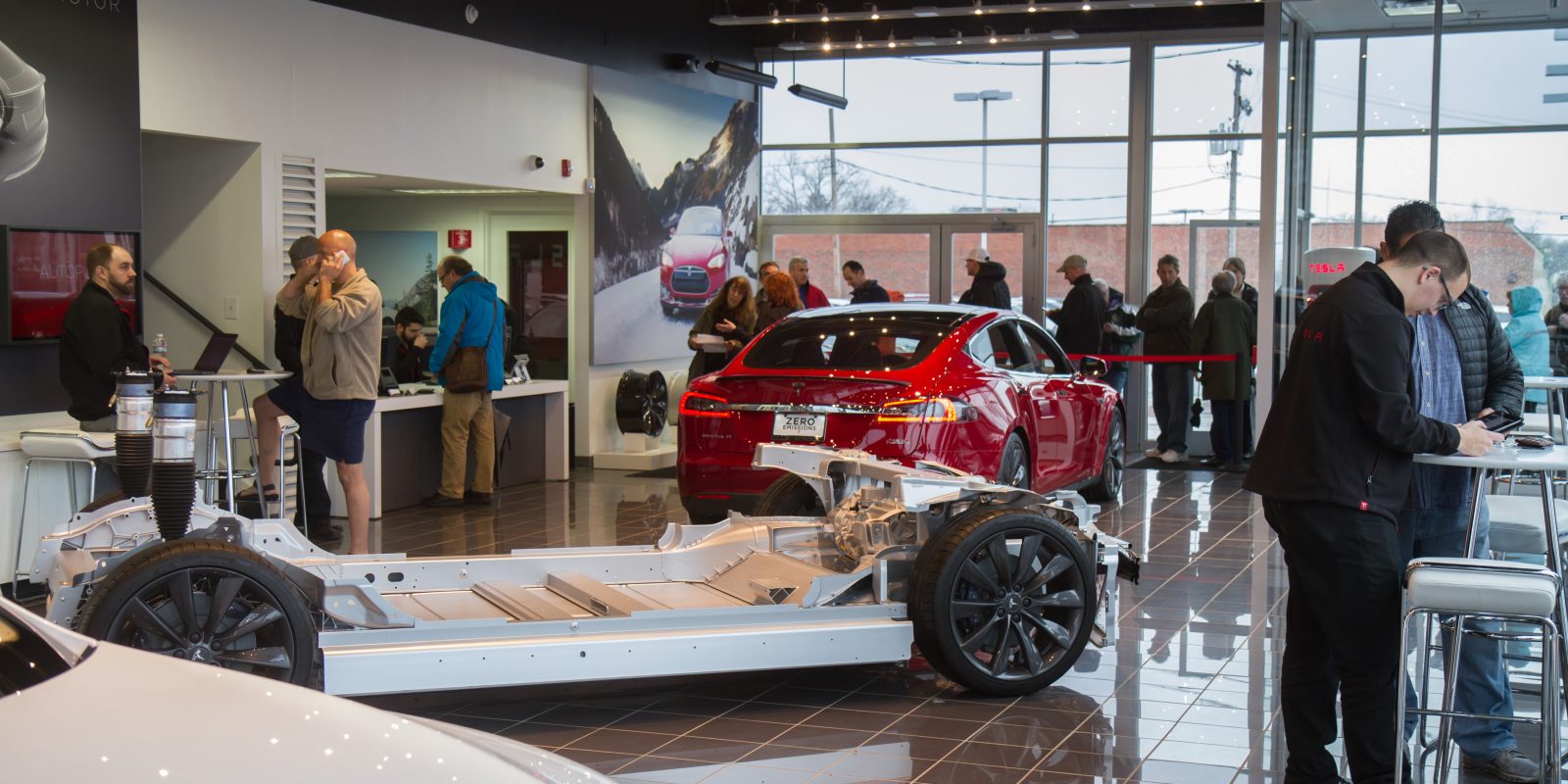 “I’ll get there an hour early,” I thought to myself. “Maybe there will be ten or fifteen people in line, but I need some time to get photos before the doors open.” I arrive at 9:06 to a packed parking lot and a long line. I’m #56 in line at Tesla’s Cleveland location, one of three stores in my home state of Ohio, and it’s raining.

We don’t have one of those cushy indoor mall Tesla Stores in Cleveland. The storefront is actually in an old Infiniti dealership. So it was umbrellas out for fellow line waiters and myself.

Two guys behind me arrive from Ann Arbor, Michigan, a three-hour drive. “Yeah, we can’t buy Teslas in Michigan,” says one of the guys (referring to Michigan’s statewide ban on Tesla sales and service locations). “It was almost the same distance to Columbus (OH) and Cleveland. We figured this line would be shorter, so we came here.” Another person is there to reserve two Model 3’s for her family. “I dropped off the kids and came straight here! This will probably end up being my son’s first car. He’s 8 now.”

By the time the doors open at 10:00, the line has swollen to over 100 people. Cars are still pulling in the lot. Tesla employees make their way through us with great efficiency. It’s all hands on deck, and there are at least eight stations within the store processing new reservation holders. By about 10:25, I’m in the door and getting processed by a Tesla representative named Brandon, who enters my information into an iPad.

The line at Tesla Cleveland around 9:30 am.

Brandan checking in a Model 3 reservation-holder.

Model 3 reserver gets his credit card out to make the $1000 deposit.

“I go to Kent State,” says Brandan, referring to my kent.edu email address (where I also attended college, and with whom I’m now employed). It turns out he is the fully loaded P90D with Ludicrous mode I see driving around campus all the time. Tesla often allows store employees to borrow demo cars. I chuckle at the notion of a college student driving around in a $130k car. Lucky kid.

Three minutes of information gathering and short conversation with Brandon later, and I’m done. I’ve officially reserved a $35,000 car I know practically nothing about: a car I will be lucky to get in two years.

So now, with visions of affordable semi-autonomous cars driving in my head, I wait. Tonight at 8:30 pm PST, Elon Musk will unveil the Model 3 to the world.

I hope I like it. I’ve already bought one.