Tesla Model 3: in-store reservations a success as impressive lines of people are spotted around the world [Live updates]

Yesterday we reported on a few brave people prepared to camp outside to be among the first people to reserve a Tesla Model 3 this morning. Last night they were joined by many others and today it is resulting in several long queues at Tesla stores around the world like in Frankfurt, Germany as seen above.

Tesla stores in Asia and Australia started taking reservations about 12 hours ago and European stores in the past few hours – North America will follow in just a few hours.

At some locations, more than a hundred people have been spotted queuing up in front Tesla’s retail stores before they could can even see the car since it will only be unveiled tonight at Tesla’s Design Studio in Hawthorne, California, at 8:30pm Pacific (3:30 UTC).

Here’s a picture of a Tesla store in a mall in Stockholm, Sweden where an estimated ~130 people are waiting in line: 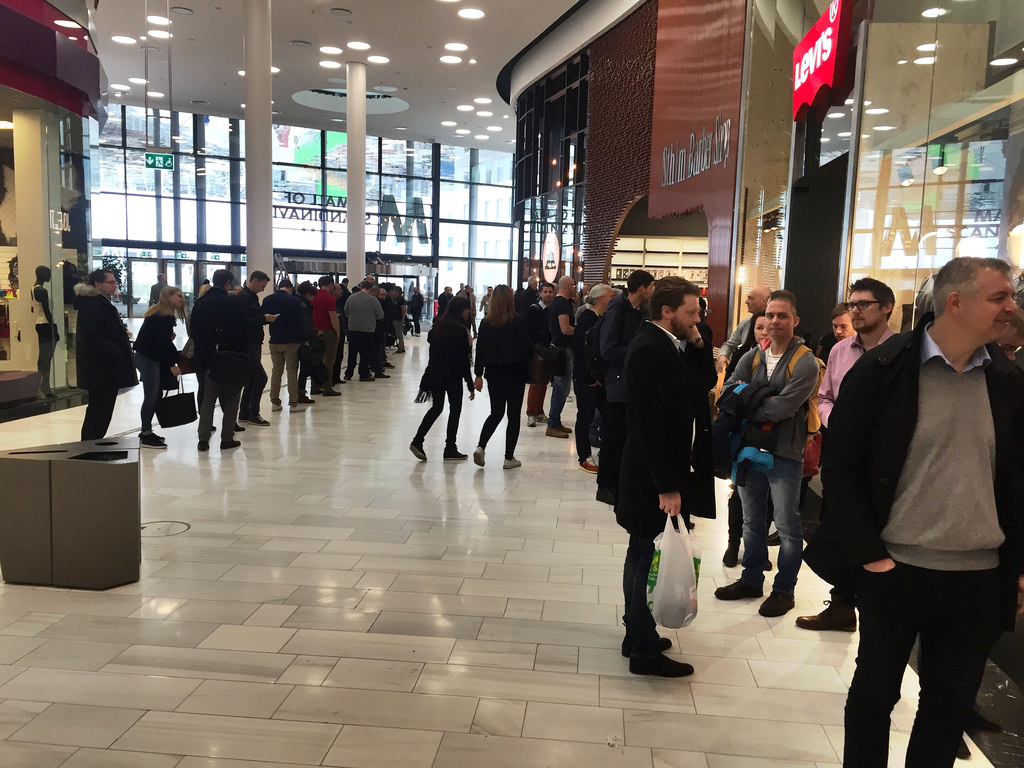 An impressive line was also reported in Zurich, Switzerland just before the store started taking reservations: 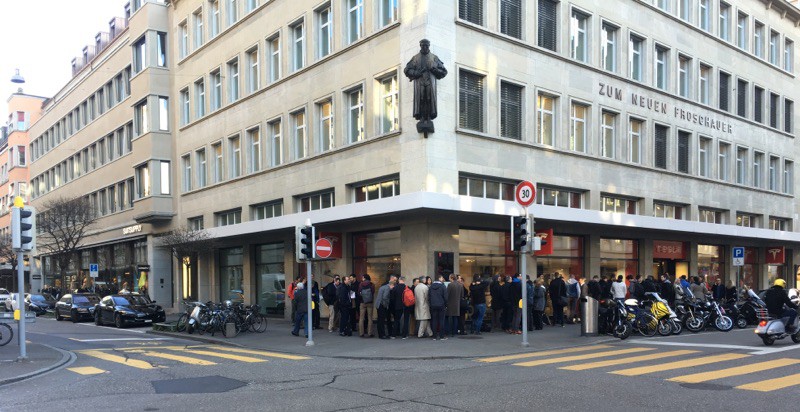 Tesla store in Zurich, Switzerland by tavostator via Reddit

In Düsseldorf, Germany next to the Apple store where the iPhone SE is also about to be available:

People are lining up in Austin, Texas:

Here’s a gallery of a few locations via Reddit:

Seth is at Mt Kisco NY to place his reservation and he reports that already about 50 people are waiting in line:

Andreas from Sweden sent us of picture of the Gothenburg store 10 minutes before opening: 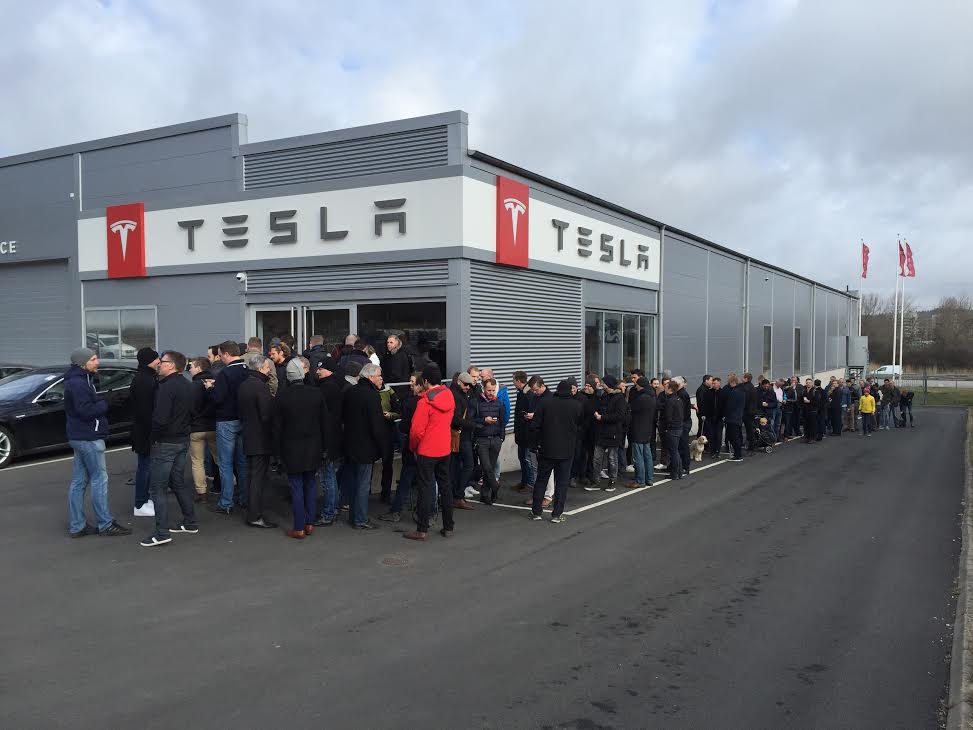 Line for the @teslamotors #model3 is off the hook at #parkmeadows #colorado. So proud of you Bro!

Tesla shared a picture of a decent size queue at its Hong Kong location where reservations have already started:

A few people were camping at Tesla Montreal last night. About 25 people were ready to reserve the Model 3 in the early hours this morning and now already over  100 people are reported waiting at the location with still a few hours before the doors open:

One hour before the opening, more than 100 people in the queue at #Montreal's #Tesla store ! 😇 #Model3

Update: The line in Montreal is reportedly more than 200 people long: 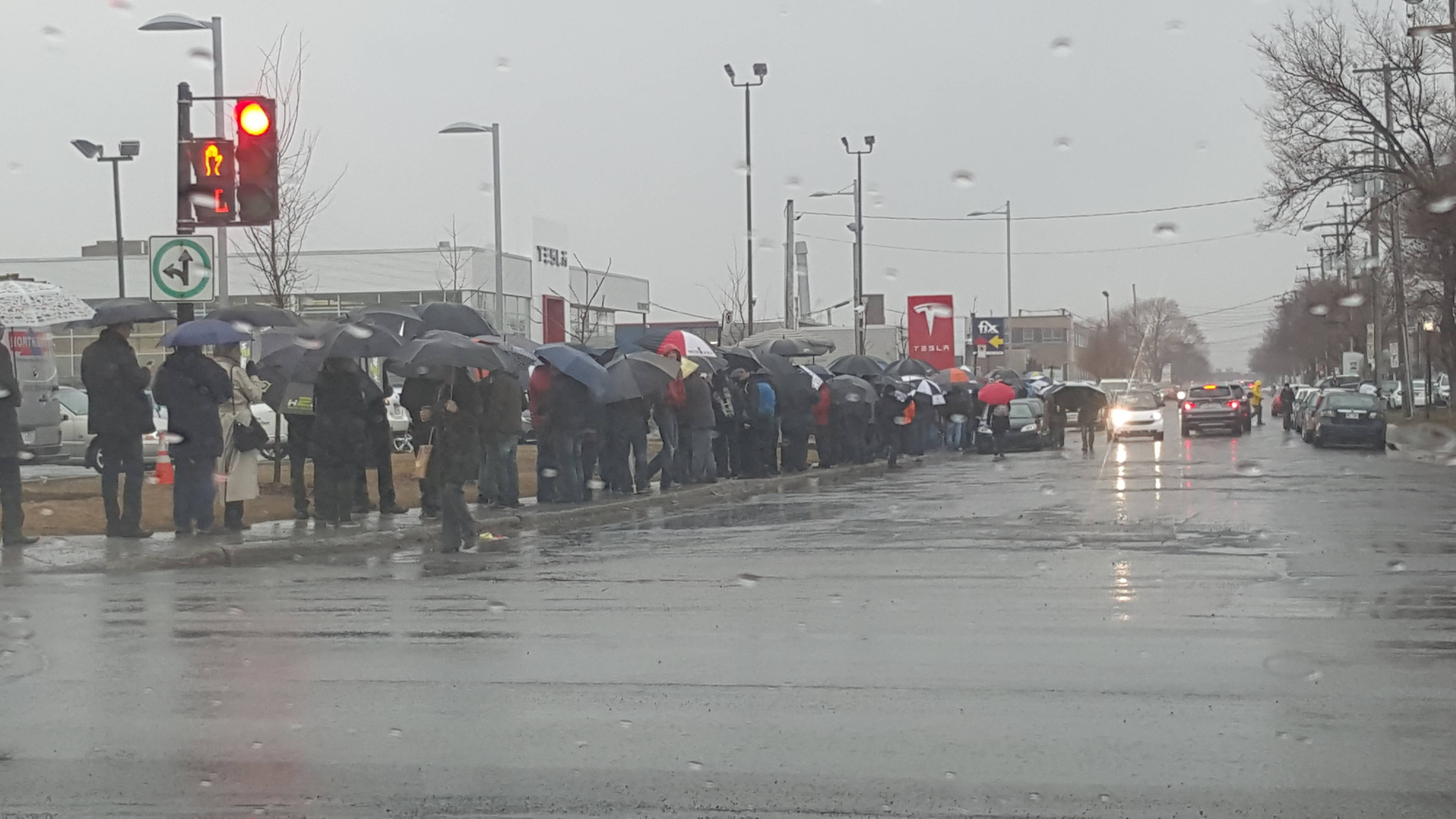 If you want to reserve the Model 3, Tesla revealed all the reservation process details per region and here’s everything we know about the vehicle, as well as our exclusive Tesla Model 3 leaked specs.

You can also join us later today for our coverage of the event and livestream at 8:30pm Pacific (3:30 UTC).