Today Tesla will take an important step in CEO Elon Musk’s secret master plan by unveiling its first mass market car: the Model 3. The vehicle is touted as the first compelling and affordable long-range electric car. You can follow our live blog here with updates leading to the event and then our comments on the event itself.

If you want to reserve the Model 3, Tesla revealed all the reservation process details per region and here’s everything we know about the vehicle, as well as our exclusive Tesla Model 3 leaked specs.

Updates are in chronological order with most recent at the top. You can simply refresh the page to get latest update and participate in the comments or via Twitter: 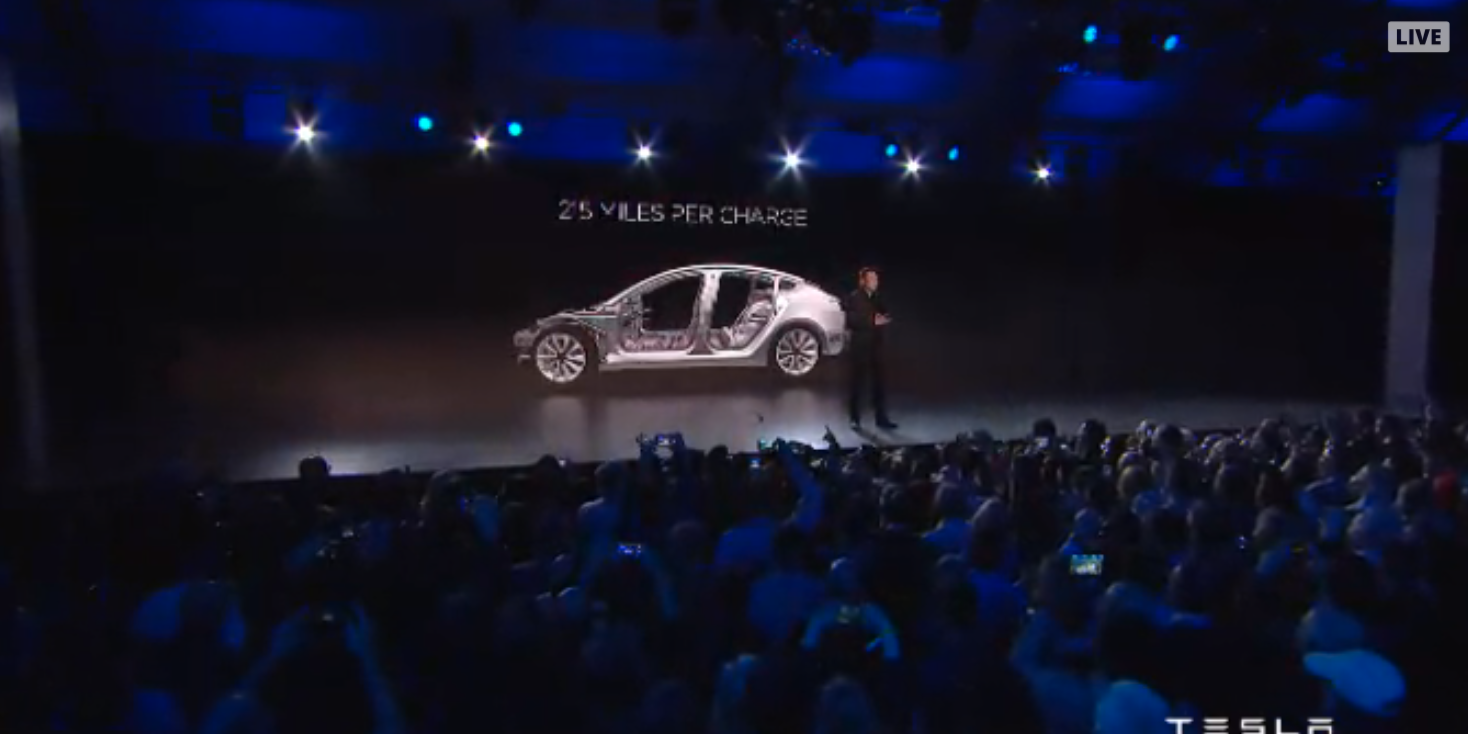 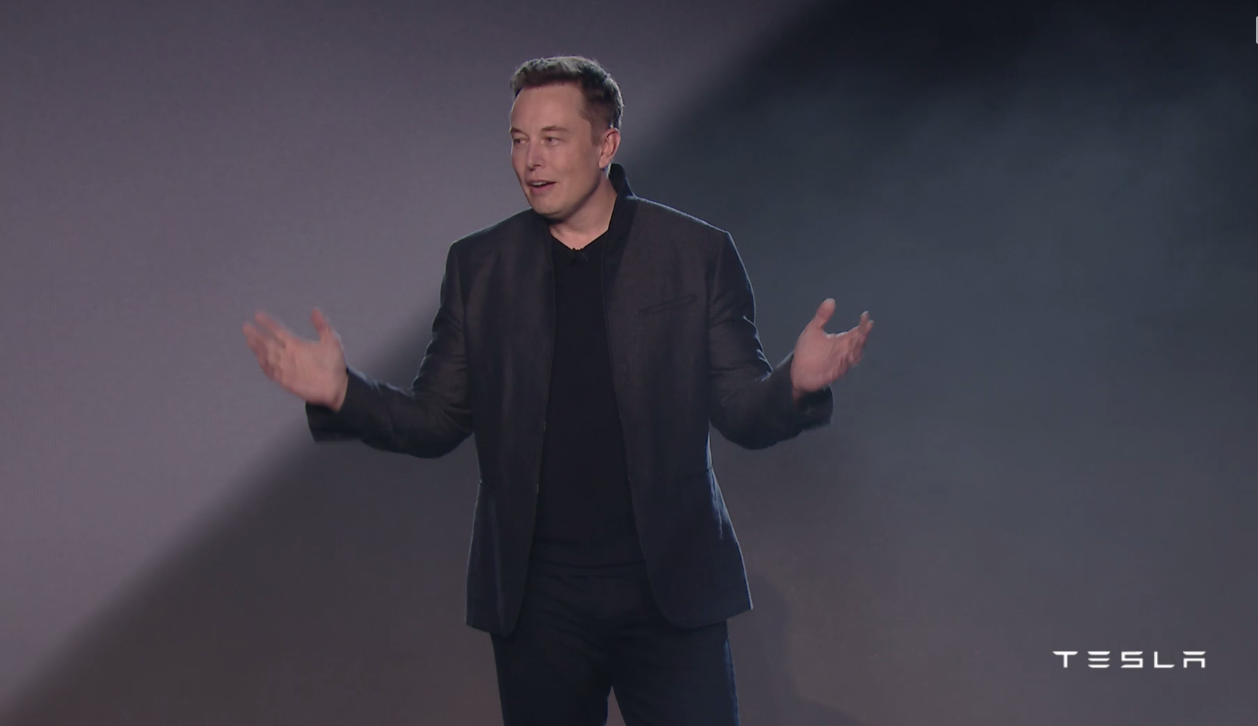 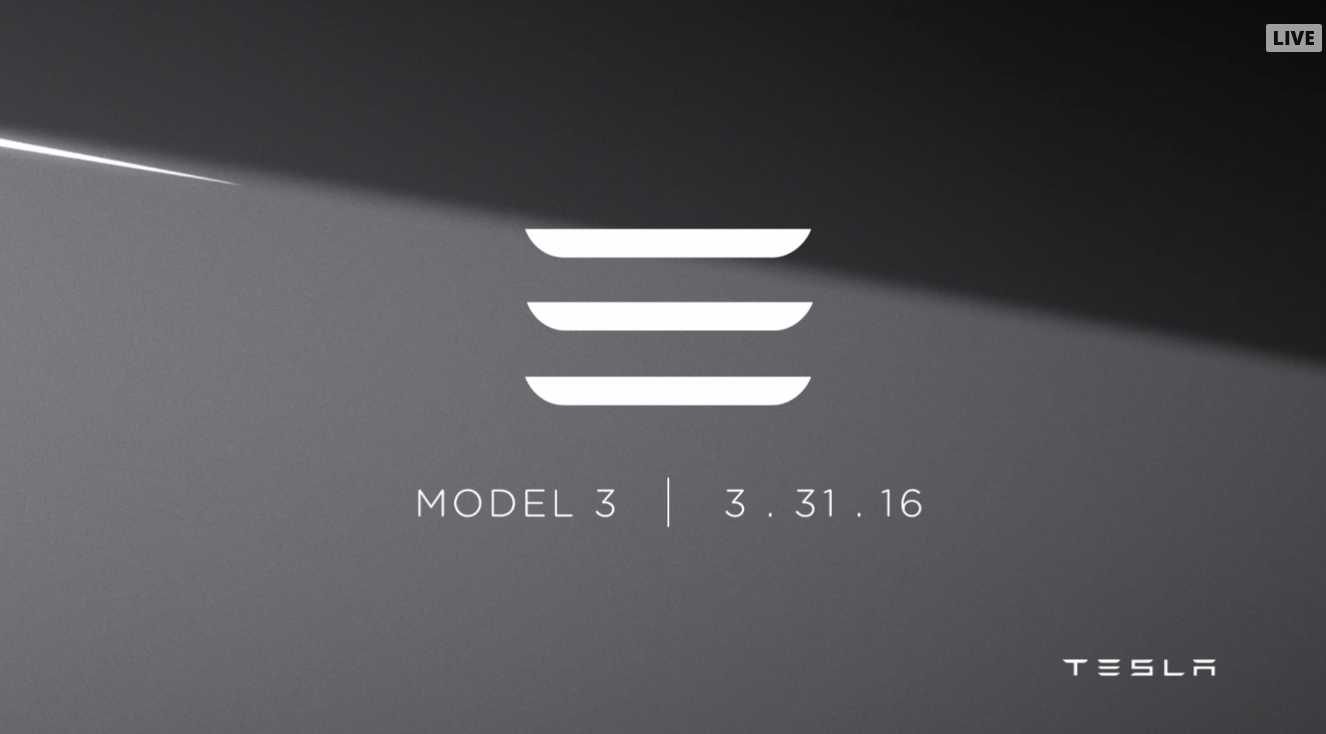 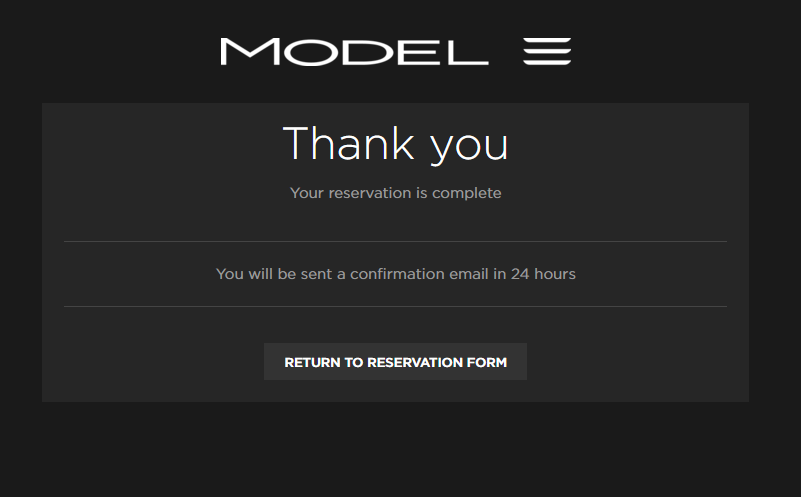 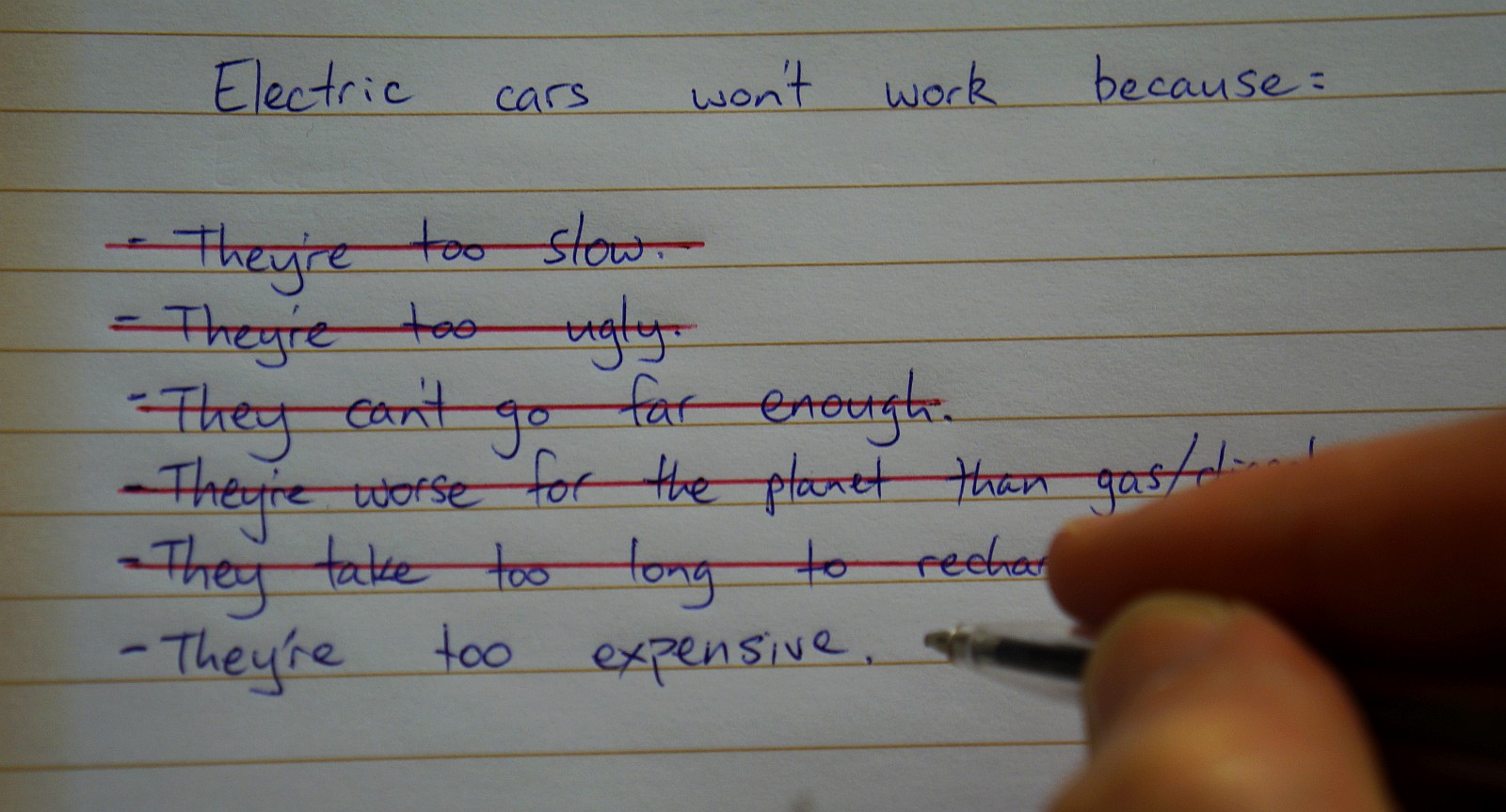 9:30pm ET – T-2h00: 2 hours before the event and just an hour before doors open and online reservations start. Keep in mind that Musk said that this will only be the first part of the Model 3 unveil and next one will be closer to the start of production in late 2017. So be warned if he doesn’t talk about a few features you were expecting.

9:05pm ET – T-2h25: Just a few hours away from the unveil and Tesla is expected to announce a staggering number of reservations sight-unseen:

8:00pm ET – T-3h30: Tesla’s stock price closed up 1.4% in afterhour trading ahead of the unveil – more than it did during regular trading hours.

4:45pm ET – T-6h45: Lines are still going strong at several Tesla locations on the west coast according to recent reports – less so on the east coast, Europe and Asia where doors have been opened for a while now:

4:34pm ET – T-6h56: wow! Elon Musk just confirmed that online orders will now start one hour early for fear that it will overload Tesla’s server if combined with the livestream:

4:00pm ET – T-7h30: Tesla’s stock price was up 4% ($237) at its highest today, but tumbled during the last hour to a close still up just 1.2% ($229). As usual, Tesla’s events are late and not even the afterhour market will be online when the company unveils the Model 3. We will have to wait until tomorrow to get a good idea of how the market feels about the vehicle.

3:30pm ET – T-8h00: Based on reports of the number of people lining up at each Tesla stores, it looks like Tesla could easily reach 100,000 reservations by the end of the day – once online reservations are also available. At ~$1,000 (depending on currency/country) that’s $100 million interest free loan for Tesla.

That’s the face of a CEO whose company is getting $100 million today: 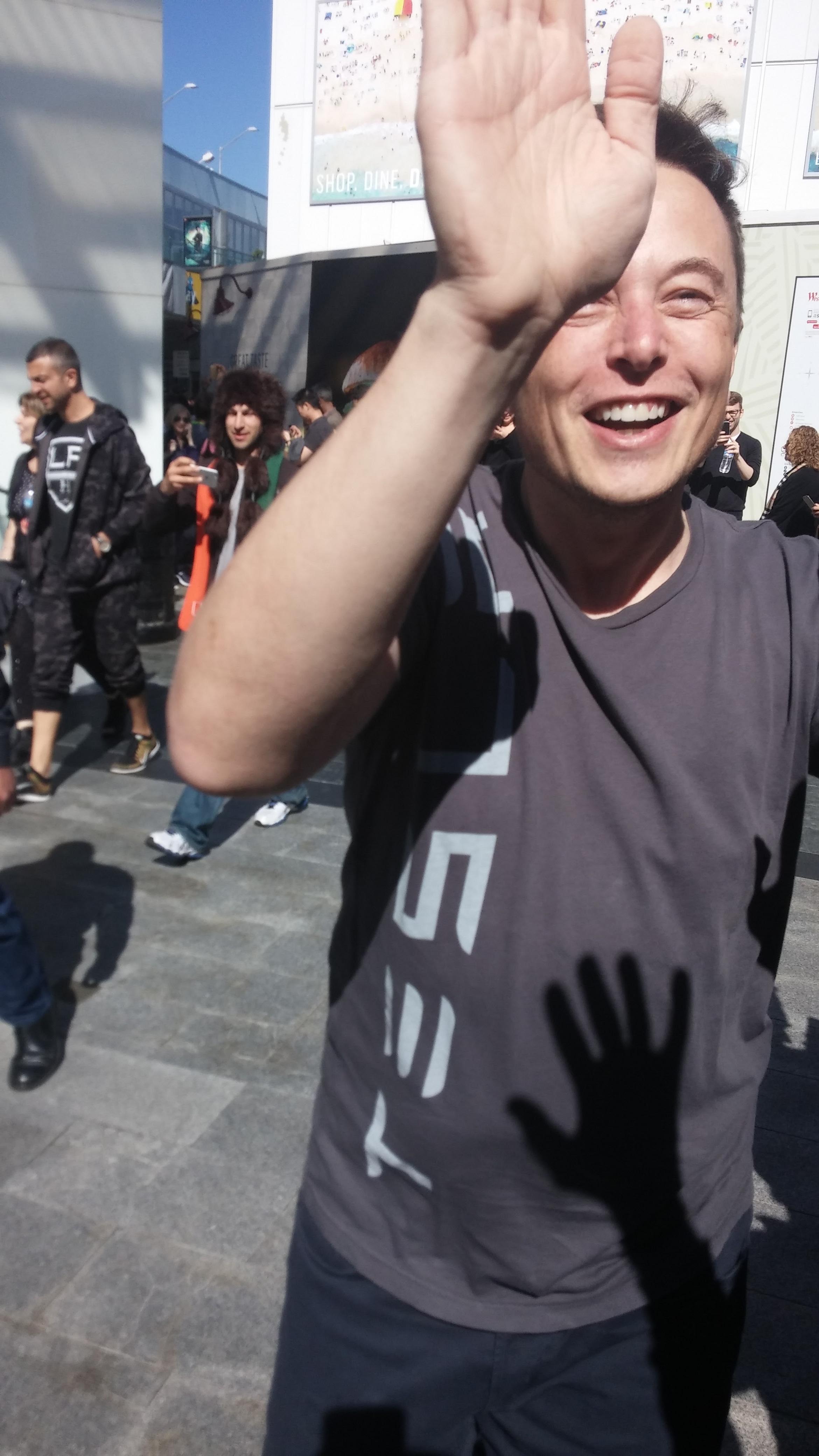 3:10pm ET – T-8h20: We are still getting a lot of fake leak tips and some publications are falling for it. To make sure you don’t fall for it just take a quick look at our roundup of the most common Model 3 fake leaks we’ve seen.

2:50pm ET – T-8h40: Musk confirmed being “incredibly inspired” by the interest in the Model 3 today and he was all smile when he stopped by to give everyone a high-five in the crowd waiting for a Model 3 reservation at Tesla Century City in LA earlier today: