Tesla Model 3 roundup: Everything we know ahead of the March 31 unveiling

We reported a great deal on the Tesla Model 3 in the past few months, but we focused on the March 31st unveiling event and the reservation process rather than the vehicle itself, and that’s mainly because we simply don’t know much. But now as the event approach, here’s a quick roundup of what we know about the Model 3:

Tesla has repeatedly said that its third generation vehicle will start at half the price of its second generation, the Model S, which starts at $70,000 – meaning $35,000 for the Model 3.

The $35,000 price tag is before any incentive and should be consistent worldwide after exchange rate and import duties. Tesla CEO Elon Musk said the Model 3 will cost “£30,000 or less” in the UK.

Of course, $35,000 is the starting price and Tesla is expected to offer several options, including different battery packs, which would bring the average price of the Model 3 higher. For example, the Model S starts at $70,000, but its average sale price has been closer to ~$90,000.

Tesla CEO Elon Musk has often referred to 200 miles on a single charge as the minimum range required for a compelling electric vehicle and that’s what Tesla is expected to offer on the base version of the Model 3: a minimum of 200 miles.

The 200 miles figure is expected to be based on the EPA cycle which is close to what most people get from normal use. Like it does for its second generation vehicles, Tesla is expected to offer other options with bigger battery packs and more range.

Tesla officials have referred to the Model 3 as a sedan about 20% smaller than the Model S or about the size of a BMW 3-Series or Audi A4. 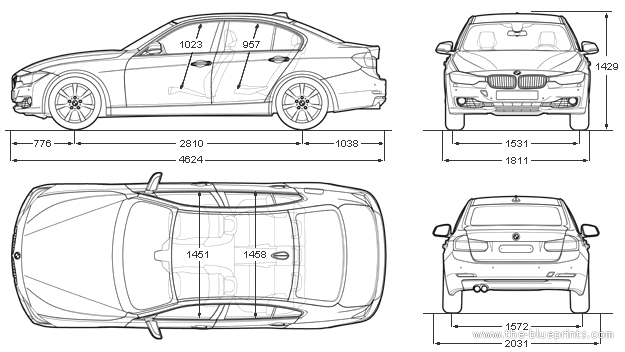 While the Tesla Model S and X are primarily made of aluminum, which proves strong and light, but also suffers from malleability and is expensive to repair, the Model 3 is expected to contain less aluminum and more steel than its predecessors.

Tesla CTO JB Straubel confirmed that the automaker is developing a new platform and battery architecture for the Model 3. The company plans to use the same platform to release more vehicles like the Model Y, which is expected to be a small crossover with Falcon Wing doors like the Model X.

The new battery architecture will be powered by Tesla’s first battery cells manufactured at the Gigafactory in partnership with Panasonic. The cells are expected to feature “moderate” technology improvements over Tesla’s current cells, but their main feature will be their lower cost.

Musk’s timeframe for self-driving car matches the expected release of the Model 3 in late 2017 and he said that once the technology is available, any car without it would have a negative value, which leads to believe Tesla’s vehicles will all be “autonomous ready” once the tech is available.

Although, even if the Model 3 ships with a new autonomous hardware suite, it doesn’t mean the car will be fully autonomous right away. Tesla will likely update the vehicle over time and like it is the case for the Model S, the safety features utilizing the hardware will likely be standard with the price of the car, while convenience features can be added for a premium.

Elon Musk first said that the Model 3 will “not look like any other car”, but he also said that Tesla might be more conservative with the design – so it’s not very clear where it will end up in the spectrum.

Thursday March 31st will be the big day. Tesla will unveil the vehicle at its Design Center in Hawthorne, California. The automaker is expecting 800 people in attendance and it will livestream the event on its website starting at 8:30pm local. Drivable prototypes will be available for test drives at the event.

If you want to reserve the vehicle, Tesla revealed all the reservation process details per region.