If you needed more proof that Tesla hopes to use three horizontal lines to advertise the Model 3 – even after the company sent out the official invites for unveiling – now Electrek learned that the automaker officially submitted an application for the trademark in the “Automobiles and structural parts” class.

Tesla filed the application last week and it is now under review. The automaker describes the mark in its application:

The company makes no reference to the mark being identical to the “E” in Tesla’s logo.

Since 2013, Tesla officials have been referring to the company’s upcoming third generation vehicle as the “Model E”, which would have joined the models S and X in Tesla’s lineup to make “S-E-X” with the Model Y to follow later.

Since then, Tesla has been referring to the upcoming third generation vehicle as the “Model 3”, but Tesla is clearly trying to keep “SEX” alive with this three horizontal lines workaround.

The mark is also similar to the Chinese character for “3”. 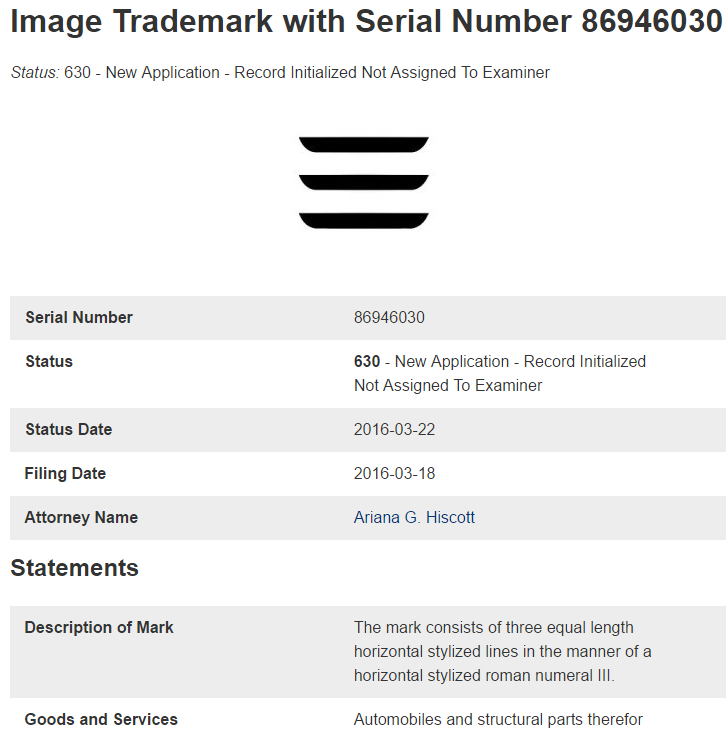 The Tesla Model 3 will be unveiled at Tesla’s Design Studio in Hawthorne, California, on March 31st at 8:30pm Pacific. If you want to reserve the vehicle, Tesla revealed all the reservation process details per region.