After a tour of the Tesla Factory, Malaysian PM says he will import 100 Model S’s duty-free 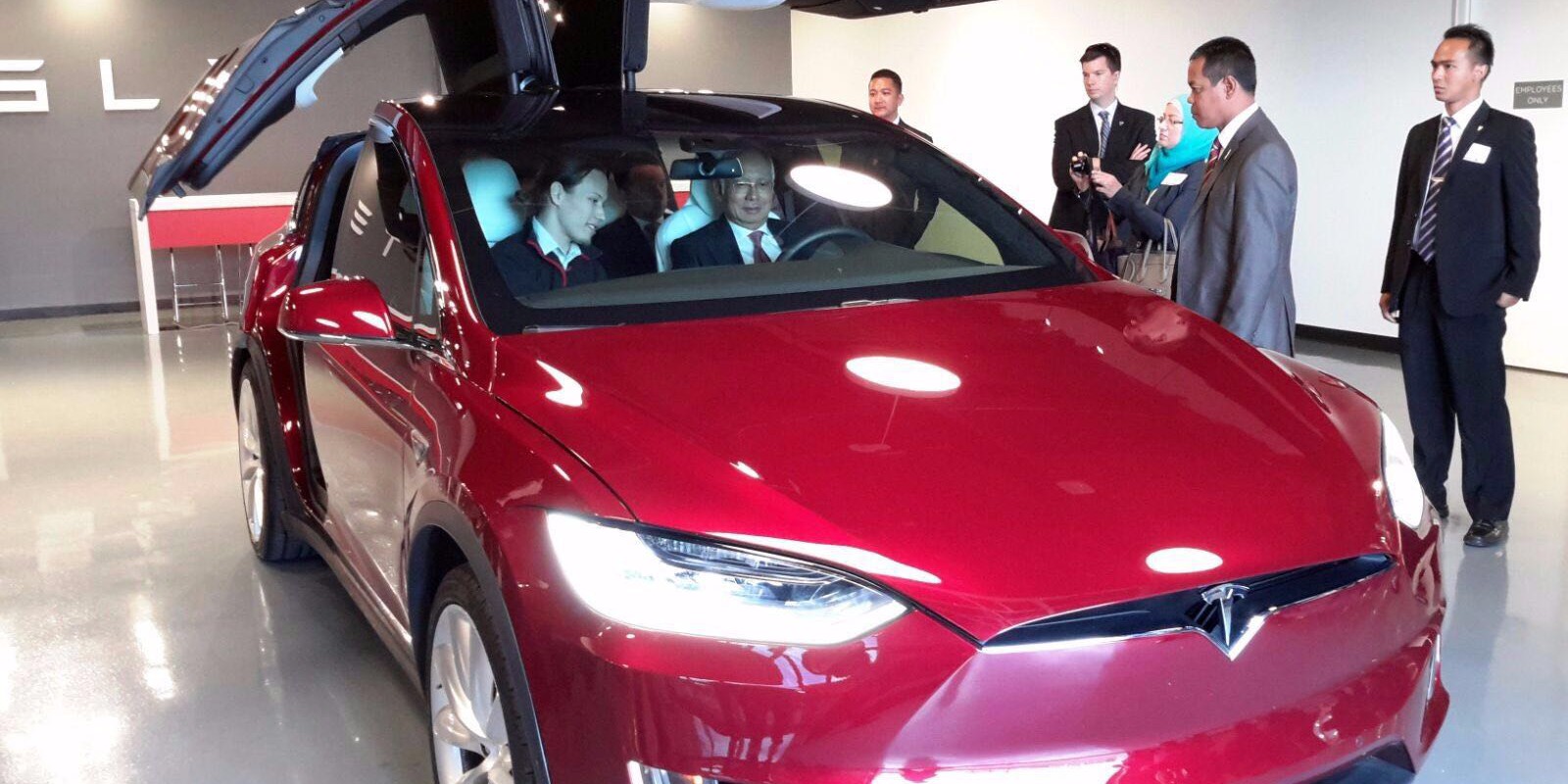 Malaysian Prime Minister Datuk Seri Najib Tun Razak visited Tesla’s factory last week during an official trip in California and he had the chance to test drive the Model X, which he reportedly found to be very impressive.

The PM said that he tried a Model X P90D with a 6-seat configuration. While talking to Malaysian journalists after the visit, he added:

“Its capabilities are really extraordinary and the display on the fully digital panel is very sophisticated.”

Najib met with Tesla Vice-President of Business Development Diarmuid O’Connell and after the meeting, he published a blog post stating that the Malaysian government will import duty-free 100 Model S’s for used by “Government-linked Companies” or GLC:

“I also had the opportunity to [visit] Tesla’s headquarters and test drive their latest electric car named [Model] X.

Tesla agreed to cooperate with Malaysia to promote electric vehicles in Malaysia by providing at least 100 units of the Model S, the first premium electric sedan in the world to Malaysia. We are also the first country in ASEAN to receive Tesla’s cars.

Many exciting and advanced technologies are now being developed that will shape the future of the world.” 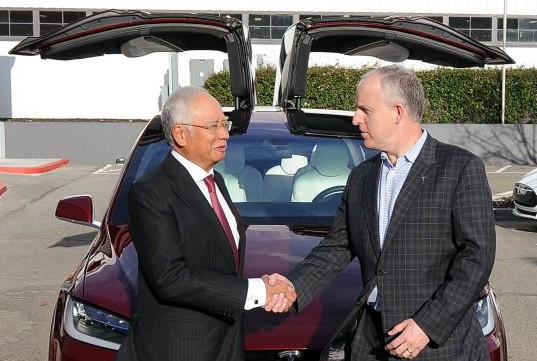 Neither Tesla or the Prime Minister offered a timeline for the introduction of the all-electric sedan in Malaysia, but Najib seems convinced that his country will be the first to receive the Model S in Southeast Asia.

Tesla generally doesn’t like to offer its vehicles in markets where it can’t support customers with service centers, charging infrastructures and internet coverage for software updates. Therefore it may be a while before Tesla can deliver 100 Model S’s and establish a presence in Malaysia.

Although Najib said they were already making arrangements to allow the importation of the 100 Model S units.

Not directly related, but certainly notable development: earlier this year, Najib was accused of transferring $681 million of state fund into his personal bank account, but last month, in an incredible (almost unbelievable) turn of event, Malaysia’s attorney general said there were no criminal offences or corruption involved, and that it was simply a gift from the royal family in Saudi Arabia. It sounds like Najib could afford those 100 Model S’s himself.

During his visit in California, the Prime Minister also met with Apple executives Jeff Williams and Lisa Jackson at the company’s headquarters in Cupertino.