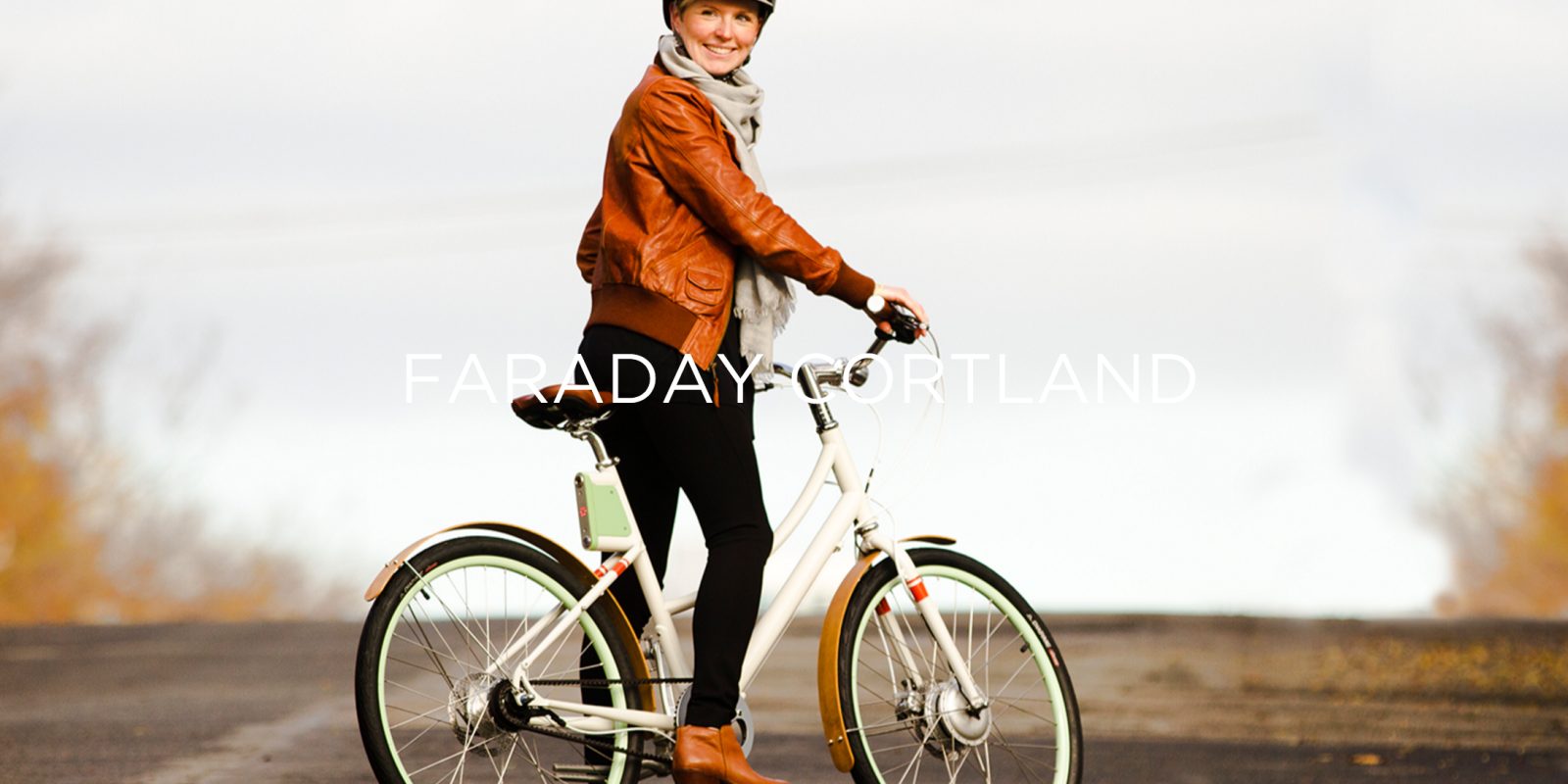 As eBikes have gained traction over the last few years, a variety of styles have come to fruition through crowdfunding and startup companies. Initially we saw plenty of industrial designs but thankfully more traditional cruisers are hitting the scene.

Faraday has been cranking out electrical for just over five years. The San Francisco bike shop recently took to Kickstarter to fund its latest creation: the Cortland and Cortland S. With just a week to go, Faraday has flown past its crowdfunding goal. There’s still time to grab one before the campaign ends, but you’ll need to act fast as nearly every model has sold out…

Faraday is known for its traditional looks and minimalist drivetrains that do not detract from the bike’s visuals. The Cortland S continues that trend with a new step-through design. These two new models stick to Faraday’s classic styling but have made a jump with increased battery capacity and a redesigned motor.

A lightweight frame and 250W motor combine for an estimated maximum range of 25 miles. Riders will be able to push the Cortland S to a top speed of 20MPH, which is perfect for commuting around town. The built-in Lithium-ion battery recharges in three hours.

There is a traditional chain system with a 8-speed derailleur and cassette-style drivetrain. This is particularly helpful in urban situations where varying degrees of chain lengths will come in handy for different climbs. The S has mechanical disc brakes and a built-in headlight, as well. An auxiliary battery pack can be added to double the range of either bike and can be charged via a standard outlet. It comes neatly wrapped in a leather saddle bag.

The more expensive Cortland differs in a few ways. It has a hydraulic brake system and carbon belt drive chain that require less maintenance, as opposed to its sibling. Faraday opted for lightweight bamboo fenders as a opposed to steel on the S. All together, opting for higher quality materials across the board will cause a jump in price. Many of the specs (mileage, range, charge times) remain the same.

One of the more notable features of the Faraday’s Cortland line is the inclusion of GPS tracking. Introduced alongside a new iOS and Android app, riders will be able to track rides, adjust light settings and manage power consumption from their phone. Aside from security and peace of mind, the new app will be able to set restrictions on how much energy is used.