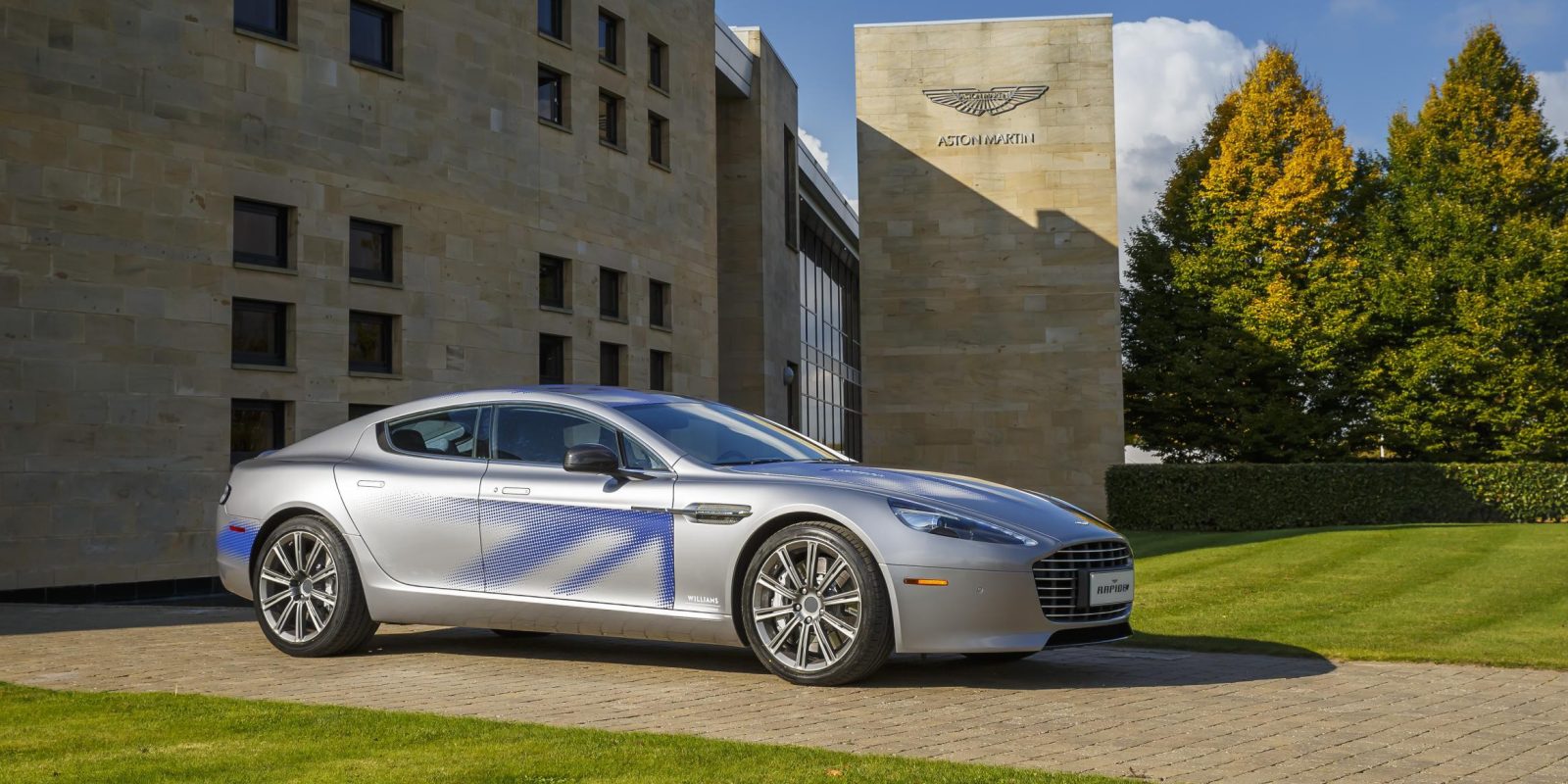 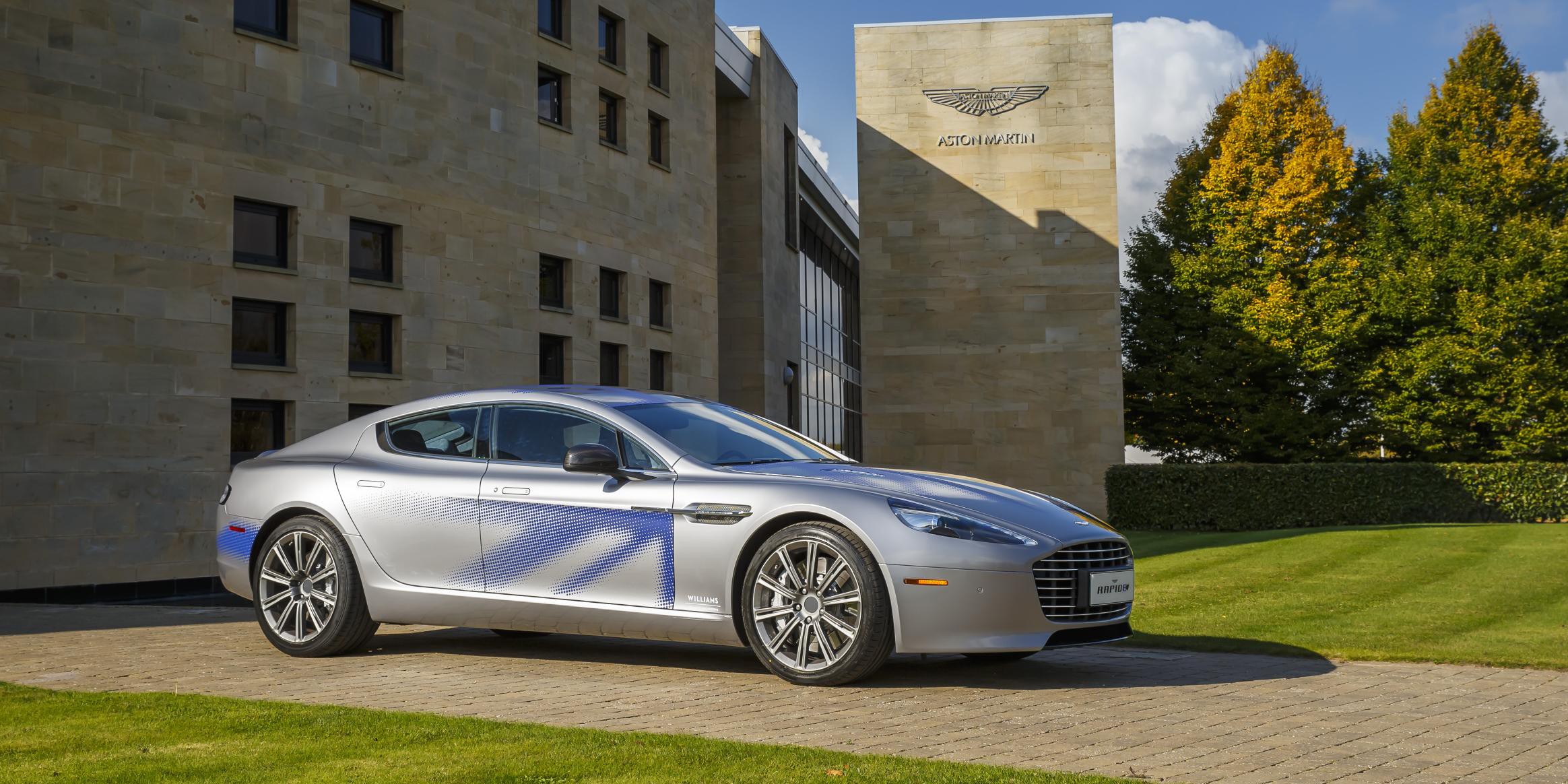 Today, the company announced the creation of a partnership with Faraday Future backer LeTV, or LeEco or Leshi (the group goes by many brand names), to develop and manufacture the RapidE. The group says they are now focused on bringing the vehicle to market in 2018.

In a press release, which you can read in full below, Aston Martin says that under the new agreement, there’s potential for adding a “range of next-generation connected electric vehicles on behalf of Aston Martin, LeEco and Faraday Future”.

The news today adds to LeTV’s already very complicated electric vehicle investment strategy. As we discussed again earlier today, the company’s biggest effort in the sector appears to be under “Faraday Future” in the US, but the Chinese tech firm also reportedly invested in Atieva, a California-based EV startup founded by a former Tesla Motors Vice President and board member. The investment was made in partnership with Beijing Automotive Industry Holding (BAIC).

LeTV also has its own in-house electric program called  “LeSupercar”, or at least it had one as of last year. And now we learn of a partnership with Aston Martin to develop an electric car, which adds up to 4 different investments in electric vehicles: LeSupercar, Faraday Future, Atieva and Aston Martin.

I’m starting to have difficulties keeping up, but nonetheless, I’m excited to see what they can do with the RapidE:

17 February 2016, Frankfurt, Germany: Leading global technology company LeEco and luxury sports car brand Aston Martin today signed a Memorandum of Understanding (MOU) towards the creation of a partnership that will develop a production version of the Aston Martin RapidE electric vehicle concept.  It is anticipated that the partnership will see the two companies working together in developing and manufacturing RapidE, with potential for adding a range of next-generation connected electric vehicles on behalf of Aston Martin, LeEco and Faraday Future.

This new signing extends the existing collaboration between the two companies.  In January 2016, LeEco and Aston Martin revealed the first results of their partnership – an Aston Martin Rapide S incorporating the latest Letv Internet of the Vehicle (IOV) system. The second area of the partnership – the development of low-emission vehicle technologies – has been accelerated as they have developed their respective plans for launching a range of new electric vehicles during the second half of the decade.

The first model developed by this partnership will be the Aston Martin RapidE. The Aston Martin RapidE concept was created to explore how the company can take an existing production vehicle and create an all-electric sports sedan. Since the creation of this concept vehicle, Aston Martin and Letv have been advancing the work on production feasibility including the identification of technology solutions for battery systems and powertrain. Both companies are now focused on bringing the RapidE to market in 2018 utilising the best technologies from the companies’ portfolios.

Commenting on the signing of the MOU, Mr. Ding Lei, co-founder and global vice chairman of SEE Plan, said, “Signing of this MOU ushers a new phase of the collaborations between Aston Martin and LeEco. LeEco’s SEE Plan is dedicated to build electric, smart, connected and socialized cars. We have been targeting the highest standard in the auto industry in terms of design, R&D and manufacturing of our electric cars. We hope that, by strengthening collaborations with Aston Martin, our future models will provide premium qualities and delicate arts and crafts as good as those of Aston Martin.”

Aston Martin CEO, Dr Andy Palmer, said: “Aston Martin are dedicated to developing a range of cars with low emission technologies.  We have been encouraged by the project speed and technical depth shown by Letv in the development of the RapidE concept towards full production. Bringing the RapidE to market by 2018 is an important milestone for both companies. ”