Today Tesla started sending out Powerwall installation surveys to Model S owners who requested the product after its unveiling in May 2015. A week after the launch, Tesla reported over 38,000 requests for the Powerwall, but those weren’t official reservations with deposits.

This latest development will likely be a better representation of the demand since the company is asking for a lot more information about the installation of the home battery pack.

Tesla appears to be giving priority to Model S owners since so far they are the only ones reporting having received the survey, which also reads:

“As a Tesla vehicle owner, your needs are of particular importance to us.”

In its shareholders letter published yesterday, Tesla confirmed that inbound sales leads for the Powerwall are quickly exceeding vehicle sales leads and its more than doubling the company’s total potential customer inquiries. Tesla CEO Elon Musk said that the company is excited about the potential growth in vehicle sales this new energy customer base could also represent.

The survey is asking for general information about where the installation will take place, if there are solar panels at the residence and electricity usage. You can see below an excerpt from the survey.

Tesla also asks to upload a recent bill from your electric utility.

The company will be in touch to follow-up on the installations in the coming weeks.

Excerpt from the survey: 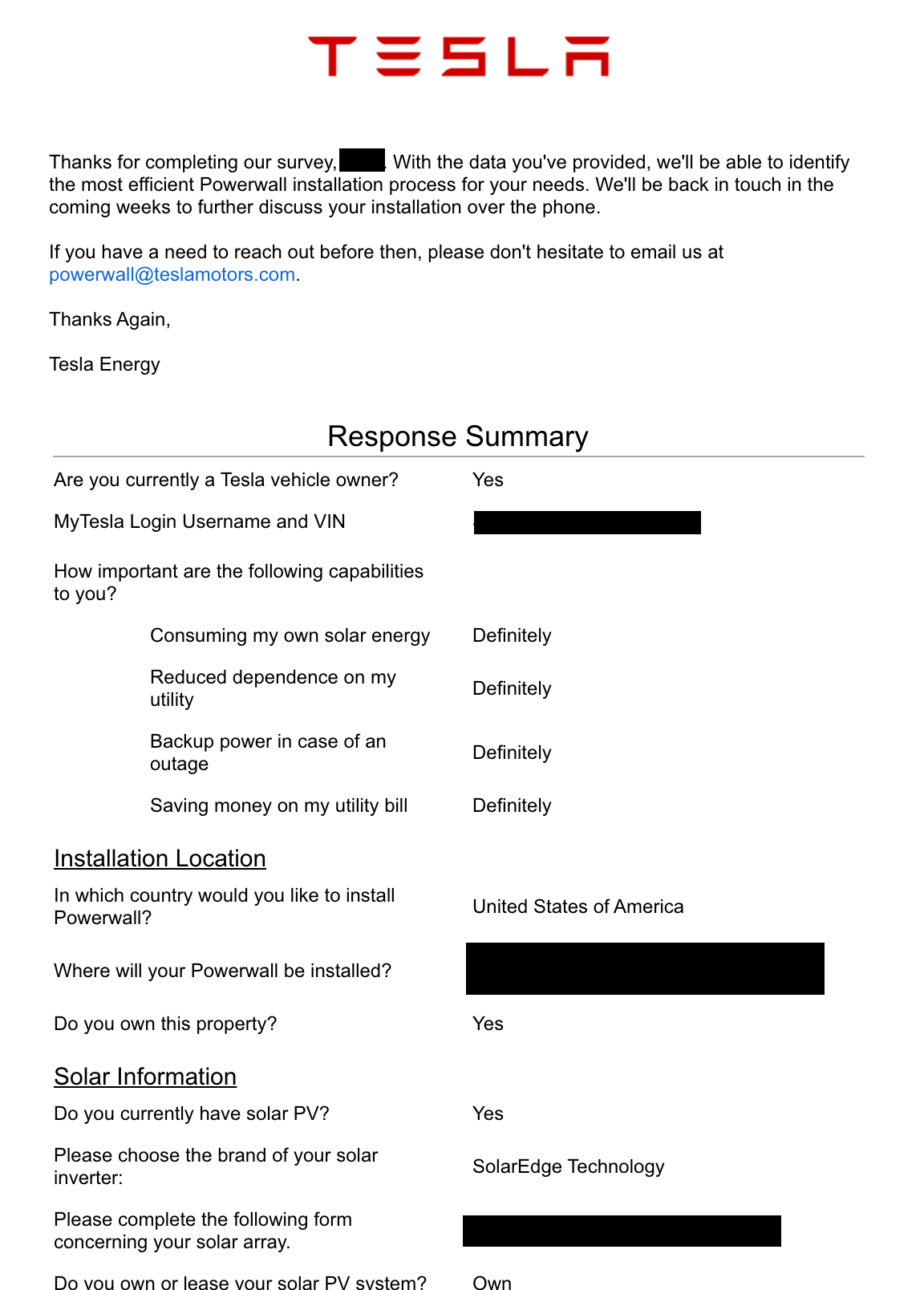 Our recent coverage on Tesla Energy and the Powerwall: