Yesterday AutoNews reported that Cadillac wasn’t going to be following up its ELR disaster with an upgrade to the 2016-17 Volt platform.

Cadillac President Johan de Nysschen confirmed last week that the brand plans no successor to the light-selling ELR.”I plan to continue admiring it as one of the most beautiful cars on four wheels” de Nysschen told reporters during a media drive of the forthcoming CT6 large sedan here. “But we don’t plan further investment” in the coupe.

I panned the ELR on its announcement and saw this date coming, especially with its initial $76,000 price tag. Instead of improving the Volt’s drive specs, Cadillac wrapped the Volt in a luxury design (which isn’t bad to my eyes) but with the original Volt’s lack of rear cabin space and 40-mile range limitations.  This simply wasn’t going to get ‘Tesla Model S money’…

GM slashed the price $10,000 and more at Dealership bargaining but just barely eked out 1000 units sold last year. ELR owners are passionate about their vehicles noting the improved braking and handling as well as the noted luxury interior and exterior. It is just a shame that Cadillac couldn’t have launched on the $50-ish K price the cars are currently going for.

With the Bolt being built on a very small footprint platform, it is doubtful that Cadillac would try to rebadge that particular vehicle (though they did build the Cimarron).

However, the ELR’s demise doesn’t mean that GM’s luxury carmaker is totally leaving the EV car game. Personally, I’d like to see an EV Escalade option with a 200kWh battery because why not?

Also, of note today, noted spyshot guru Brian Williams points us to a set of photos of the 2017 Opel Ampera which look very much like the 2016-17 Volt. That likely means that GM is going to export its current improved Volt Platform overseas to Europe at the very least. William’s photos look almost identical to the pre-production spyshots of the 2016 Volt (below). 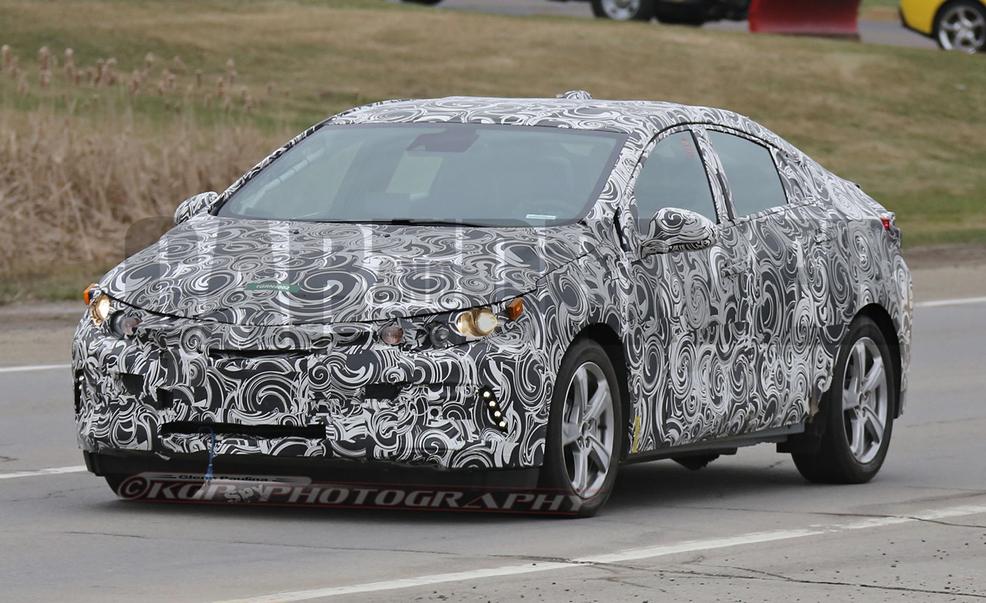