Elon Musk on the Hyperloop: “I’m starting to think this is really going to happen.” – MIT and Reddit won the SpaceX Hyperloop Pod Design Competition 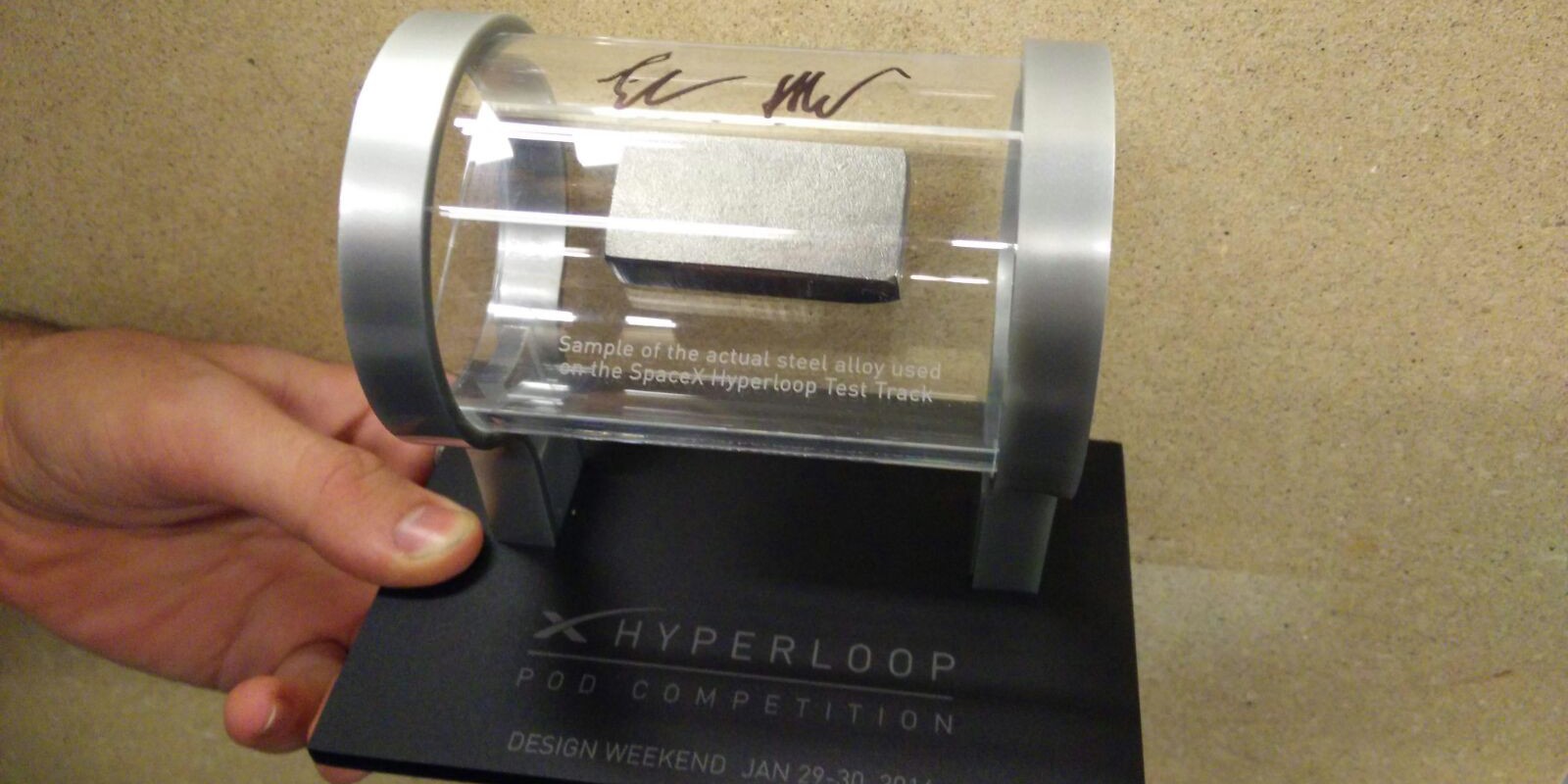 The picture above is rLoop’s trophy and yes, it is signed by Elon Musk.

Hundreds of teams submitted design packages, 124 teams passed the screening round and moved forward to the ‘Design Weekend’, where a panel of judges consisting of Tesla and SpaceX engineers selected 23 winners. The 23 winning teams will share more than $250,000 in cash to help them build their pod prototypes for the final phase of the competition which will take the form of a race on SpaceX’s upcoming test track.

Here are the top five designs (you can find the full list of winners further down):

In addition to the 23 winners, SpaceX’s Steve Davis said that the judges will review a few more designs and they will probably invite 3 to 10 more teams to move forward with the competition and race this summer.

The MIT team released a quick video overview of their team and design:

While the MIT topped the student team ranking, a team started by a bunch of Redditors with diverse technical backgrounds crowdsourced a design which bested all other designs by non-student teams participating in the ‘Design Weekend’ (40 to 50 teams).

Even though he initiated the hyperloop concept and started the SpaceX Hyperloop Pod Competition, Elon Musk wasn’t expected at the event this weekend since he was travelling across Europe and Asia – he was seen in Hong Kong, London and France during the last week – yet he made it to Texas for a surprise appearance.

Musk said he was impressed by some of the designs competing during the weekend and by all the enthusiasm for the hyperloop. SpaceX’s CEO added that he started the project to spur interest in new and innovative modes of transportation, but he now seem to have more hope in the project:

“I’m starting to think this is really going to happen.”

You can watch the announcement of the top 5 teams and Musk’s short speech:

The teams will have a few months to construct their pods while SpaceX builds its test track (test tube specs). The race is expected to take place this summer. In the meantime, several companies are already going forward with plans to turn the hyperloop into a commercial venture.