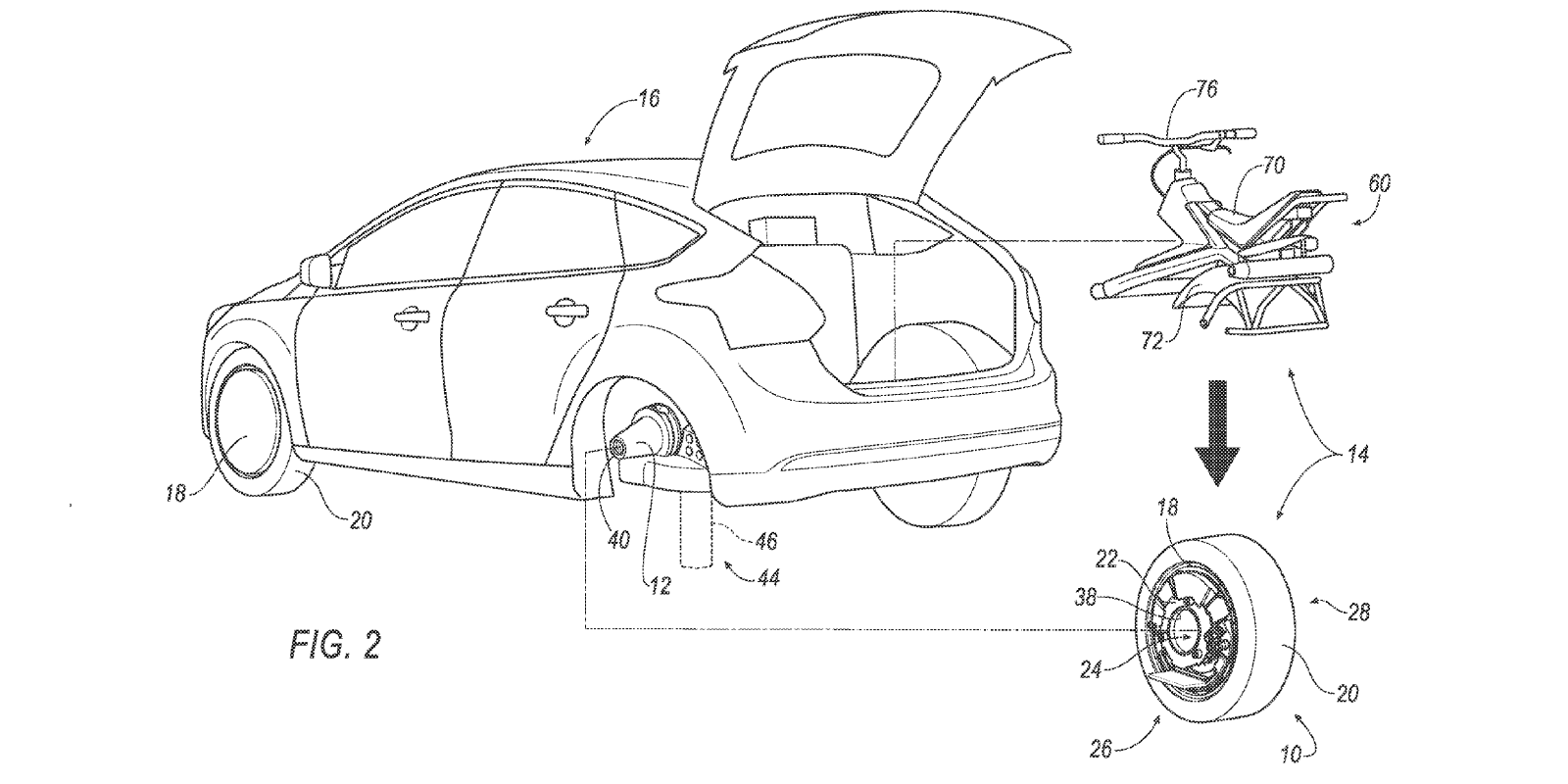 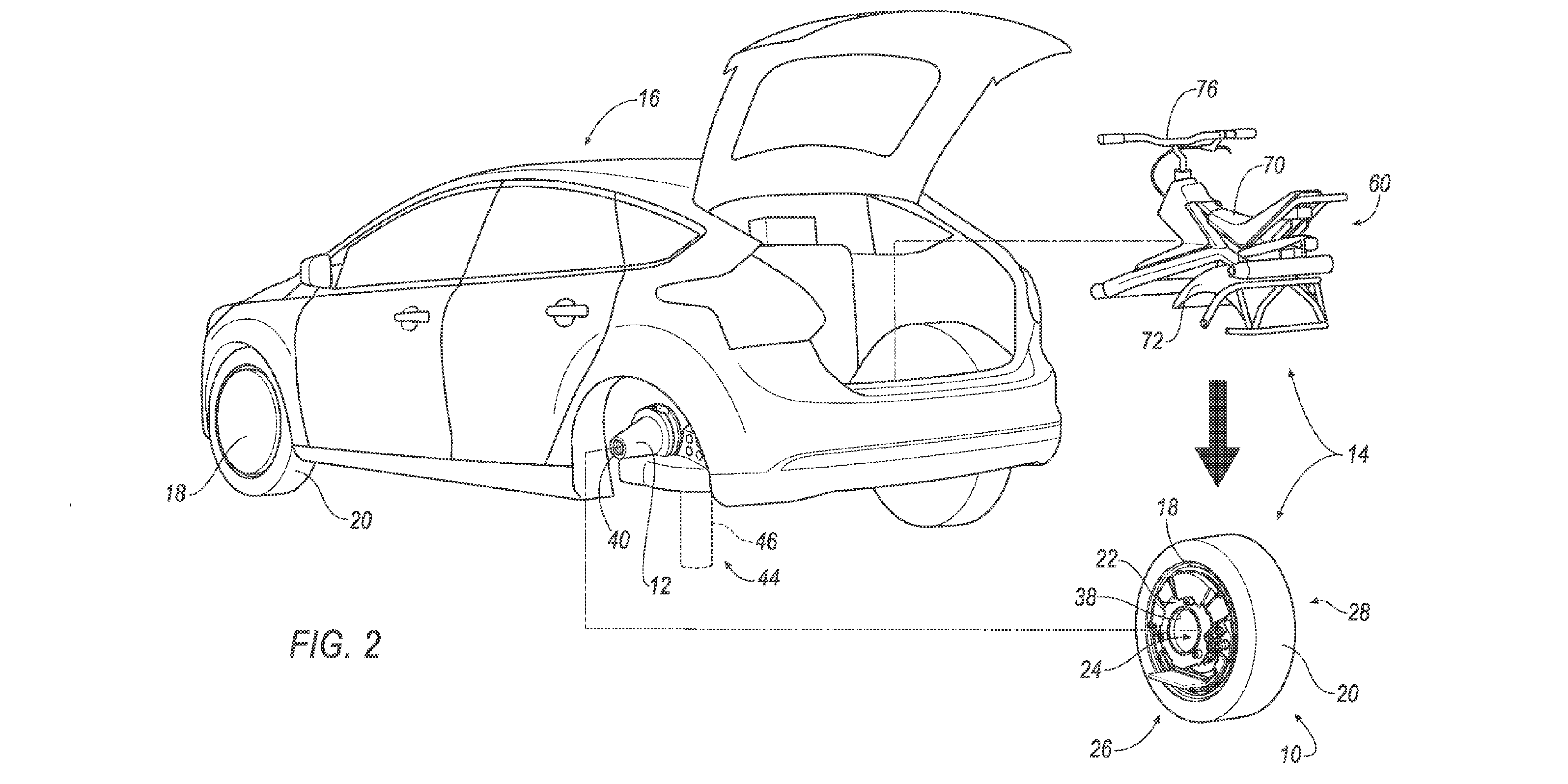 Do you remember when Batman turned a part of the Batmobile into a motorcycle with the touch of a button in The Dark Knight? Well this is like a lame version of that. We learn that Ford patented a concept for an electric car powered by in-wheel electric motors that can turn into a unicycle.

It sounds a lot like something a company would patent “just in case” and I wouldn’t expect to see a production version of this any time soon, but it’s still worth mentioning.

Ford filed for the patent in June, but it was only published last week.

An automated jack system activates and raises the car and the driver can dismount the wheel using a control from inside the car. Then you install the self-balancing “unicycle saddle” on the wheel, which is equipped with a small battery pack and an electric motor.

The driver can then mount the unicycle and presumably ride more easily in congested areas than with the car.