As is usual with Elon Musk’s Twitter habits, the Tesla CEO has come out this afternoon to tweet a series of interesting tidbits, including — most notably — a rebuttal of Consumer Reports’ recent report regarding Model S reliability issues. The CEO also mentioned that a big UI update is coming in version 7.1 of the cars’ software, announced plans to enter Middle Eastern markets as well as Mexico, and — of course — threw in a few jokes for good measure…

The CEO says that Consumer Reports’ reliability survey is basically old news, as many of the issues that early production cars were having have already been resolved in new cars. He reiterates the company’s top rating in service, as well as Consumer Reports’ noted statistic that 97% of Tesla owners expect their next car to be a Tesla. This is the “acid test,” says Musk.

We’ve screenshotted many of Musk’s replies, as he often deletes them (unlike his full posts). 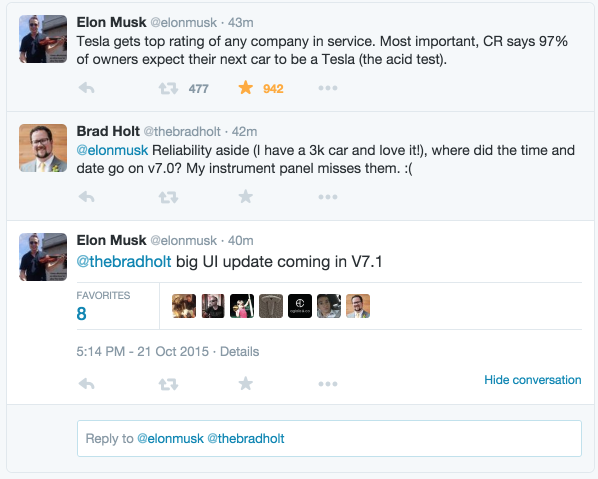 The CEO confirmed to a Twitter follower that Tesla will start covering Middle Eastern countries next year: 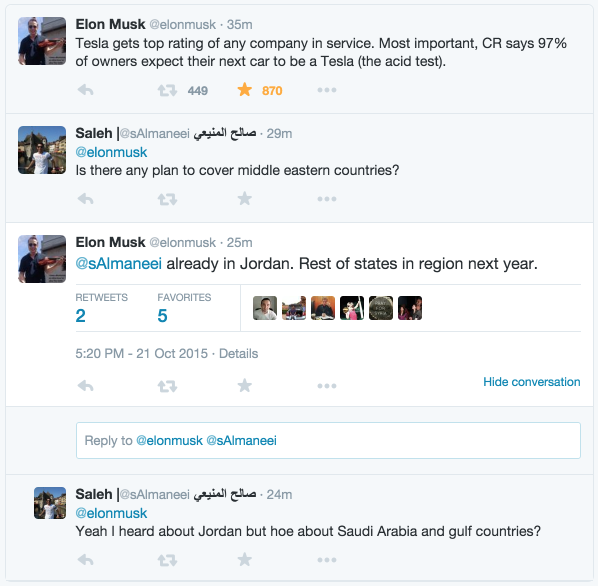 Musk mentions that there will be a big service center/store opening in Mexico City “soon,” and that more will come thereafter in Central and South America: 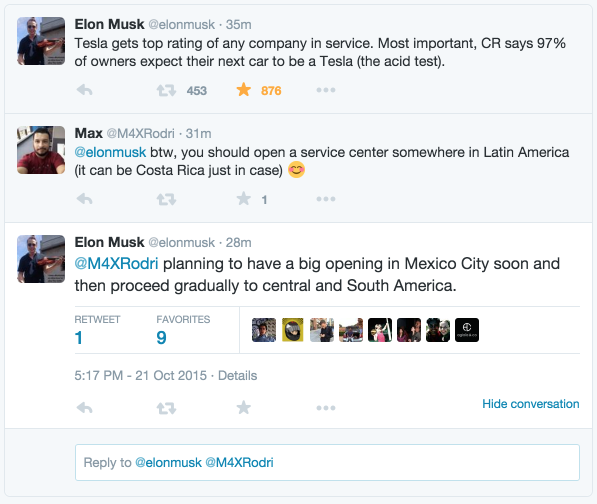 By “already there”, it wouldn’t be too surprising if Musk means that Tesla hid a Back to the Future easter egg in the Model S. We recently reported on a The Hitchhiker’s Guide to the Galaxy easter egg in Tesla’s Autopilot software update. 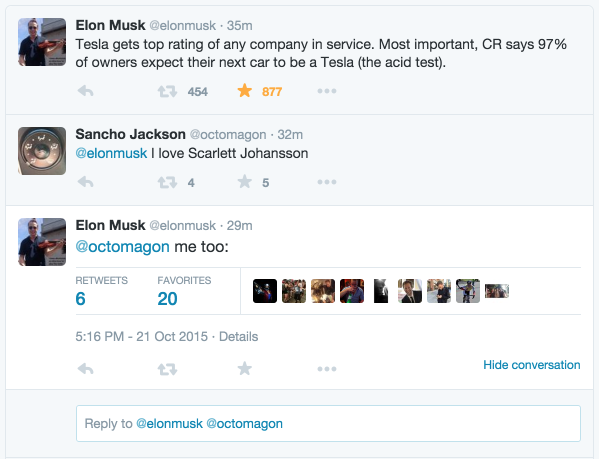