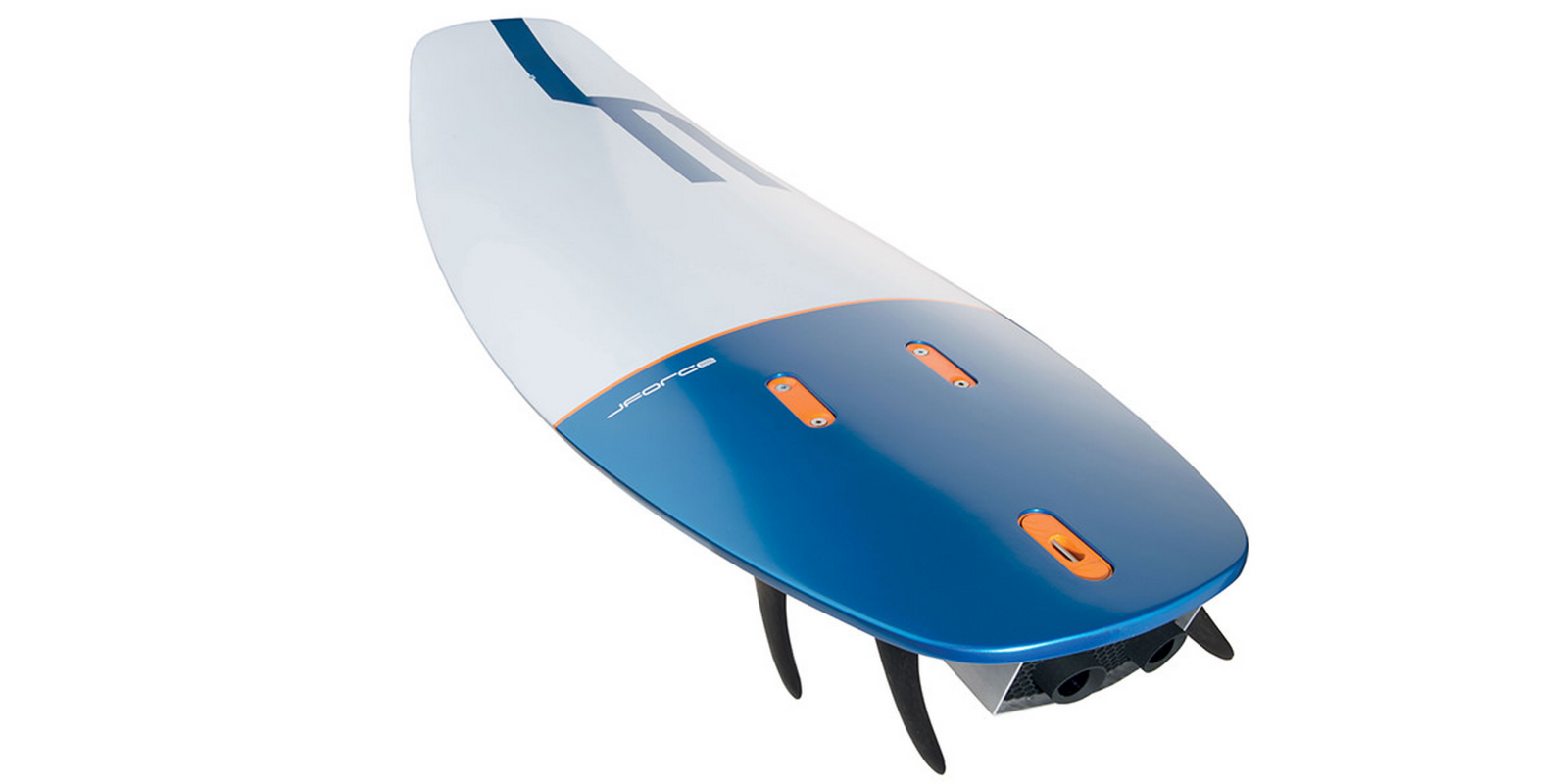 How does going 35mph on a surfboard sound? No, it’s not a gadget in the upcoming James Bond film. J-Force, out of Germany, has developed a new electric powered board that puts out substantial power and is completely controlled by a wearable glove.

It doesn’t just stop there, J-Force also has a gorgeous new Jet Ski that produces zero-emissions and promises to be a much friendlier alternative to traditional gas operated watercraft. We have the full details below on both models.

J-Force’s eBOARD looks like a super modern surfboard ready to hit the waves but underneath it is a full blown electric motor system. There are two propulsion holes on the bottom that surge it forward, with four fins for added stability.

of the engine is available as soon as the throttle is initiated. We’d guess that it would be smarter to ease into it rather than go full boar. The battery charges in two hours and supplies 20-30 minutes of riding time on the 15hp engine.

The coolest part is that the entire board is controlled by the eFLEX Controller wearable. It uses kinetic hand movement to control the speed and direction of the board. A small color display shows your speed, battery levels and more information. To go faster, you simply bend you finger as if pulling on a real life throttle. The neoprene glove looks like something straight out of the feature and promises to deliver a wild ride. Currently the J-Force eBOARD is available for pre-order with a $15,600 price tag and will ship come November.

Meanwhile, the J-Force eJet PWC promises to deliver a one-of-a-kind jet ski experience. The all electric 320hp electric drive system charges in two hours as well but offers up to 120 minutes of ride time. There isn’t a documented top speed yet, but like a Tesla, it promises to push out all of that electric power from the moment the throttle is pulled.

J-Force is currently still in the development stage but plans to launch the eJet next year with a $39,000 price tag. By comparison, an entry-level Kawasaki Jet Ski goes for just under $10,000. While there is plenty of praise to be given for going fully electric, the price point is going to be a major hurdle for eJet initially.