Adam Jonas, Managing Director at Morgan Stanley, published a note yesterday to update the firm’s price target on Tesla’s stock to $465 from $280.  The updated price target includes a whole new business segment called “Tesla Mobility” which Jonas expects Tesla to announce within the next 12 to 18 months.

According to Jonas, “Tesla Mobility” would be a service taking advantage of a Tesla electric vehicle fleet and future autonomous driving technology to offer ride-sharing services based on a Uber-like app. The financial analyst believes Tesla’s unmatched experience with electric vehicle drivetrains and growing self-driving expertise, could help the company dominate this potentially lucrative market.

Jonas is the same analyst who, during a conference call earlier this month, asked Musk a question about Uber potentially buying cars from Tesla. Musk refused to answer.

Morgan Stanley released the note before the market opened and the stock held a ~5% gain throughout the day.

The note comes less than a week after Tesla announced a secondary offering. Morgan Stanley is one of the banks underwriting the offering.

Here’s a screenshot of the note from Morgan Stanley : 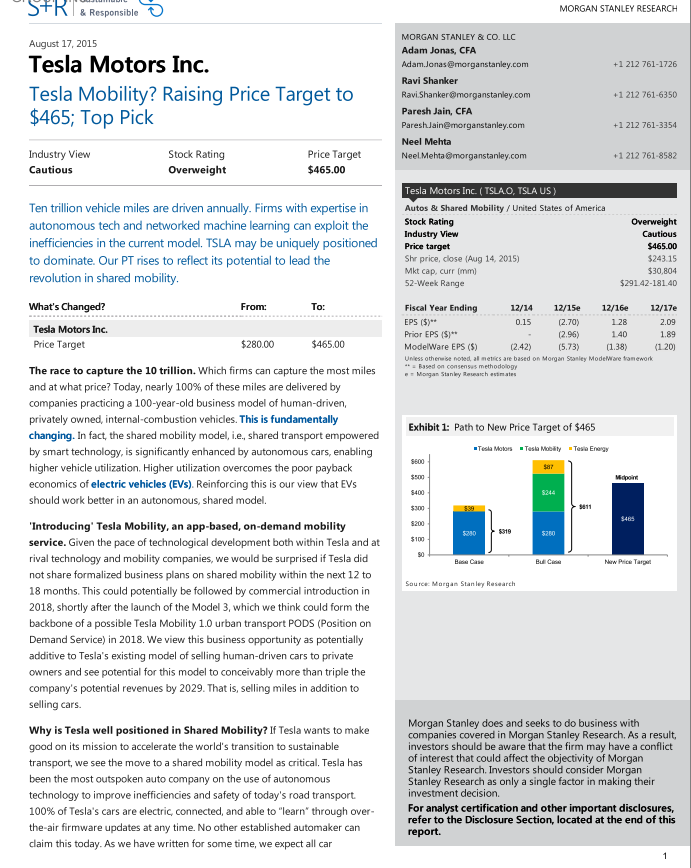