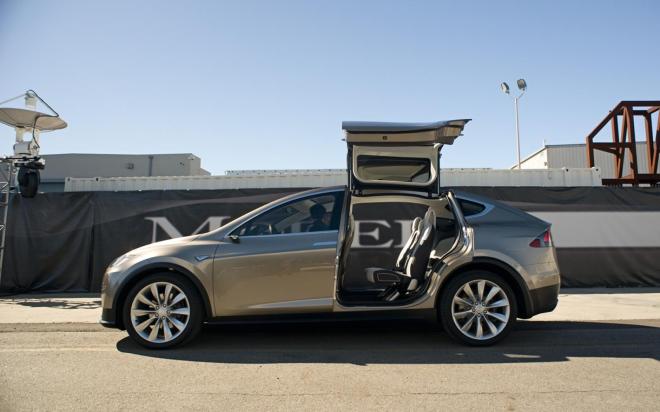 It’s no secret the Tesla Model X, which is expected to start delivering this Fall, will come with eye-catching falcon-wing doors. They’re hard to miss, and have gathered most of the new SUV’s press, including taking the blame for some of the vehicle’s delays. But, flying under the radar has been another engineering challenge: a special set of second row seats.

During the February earnings call, Tesla CEO, Elon Musk, had this to say about the seats:

“And then the second row on the Model X… is a sculptural beauty. They’re amazing. They are the nicest second row seats you’ve ever seen in any car ever. That actually might have been harder than the door.”

“I don’t want to sort of name specific suppliers, but our biggest challenges are with the second row seat, which is, it’s an amazing seat, like a sculptural work of art, but a very tricky thing to get right. The falcon-wing door actually seems to probably not be a critical path item.” – Elon Musk, August 5, 2015.

Given these comments from Musk, it should be no surprise that there will be something special about the second row in the Model X. What’s perplexing, though, is why would Tesla be going through so much trouble to design a seat the driver will never sit in? After all, in most parts of the world, it’s the driver who purchases the car, not the passenger. Also, why would a seat be so difficult to design and manufacture to begin with?

In a write-up about the Model X seats, Business Insider mentioned Lincoln’s new 30-way seat for the Continental, which took Lincoln’s parent company, Ford, nearly six years to design, test and build. It is indeed common for a car seat to be a difficult engineering task, and the constantly evolving Model S seats have proven that it isn’t easy to produce a great seat from scratch. Car seats have to be the perfect balance of long term comfort, reliability, versatility, safety, and in Tesla’s case, weight.

But the major difference between Tesla’s new seat and Ford’s new seat, is that the Lincoln Continental seat is for the driver. If the second row seat in the Model X is so incredible, why is it not also the first row seat?

The Business Insider article misses a major insight here: If Tesla’s great new seat is only for the second row, that must mean what’s unique about the second row seat would only work if the seat is in the second row. 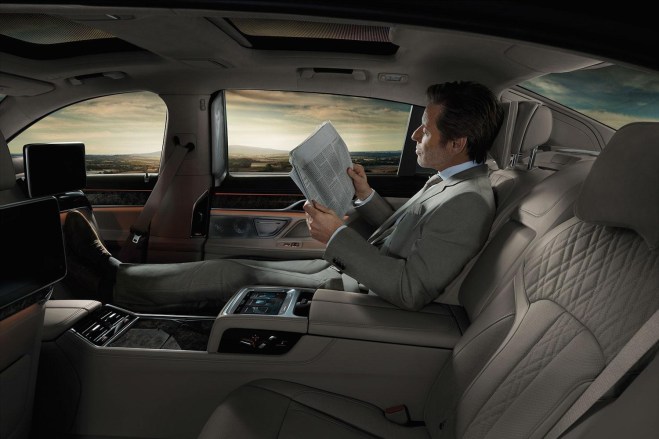 China is an obvious target here. In China, the wealthy are often driven, not drivers. Part of the reason for Tesla’s slow growth in the Chinese market has been because the Model S’s back seat isn’t particularly impressive compared to the likes of BMW’s 7-Series and the Mercedes S-Class. It’s no question Tesla will attempt to up the luxury factor in the back of the new Model X.

However, I think there is more to it than pretty, 30-way reclining, heated, cooled and massaging seats. That’s all great, but it has been done before, and seems odd that Musk would hype it. Also, all of those features except certain levels of reclining can be put into the driver’s seat anyway.

So what feature would only make sense in the second row?

My theory: the seats will turn, automatically. Imagine as the falcon door opened, the seat turned towards and presented itself to your passenger. As the door shut, the seat would slowly turn back into a forward facing position. The whole experience would give your passenger the feeling of entering a spaceship ready for take off. Alternatively, the seat could turn completely to the rear, facing the third row, allowing a group of individuals to literally conduct a meeting in the back of the Model X.

Now, besides allowing for incredible ease in strapping a child into the 2nd row, this certainly sounds like a problem that didn’t need to be solved through a convoluted solution.

The Model S’s flush, auto-retracting door handles are complicated and sometimes unreliable. They save the car maybe only a couple miles of range. But, next to the 17″ touch screen, guess which feature was the most excitingly spoken about in every single early Model S review?

The Model X’s sweeping, hinged, falcon wing doors have been a very difficult engineering challenge. They pretty much have the same advantages of a sliding minivan door, with maybe a few extra disadvantages – they might not work under a low ceiling and might limit roof rack options. But, guess which feature was the most excitingly spoken about in every single early Model X article? A sliding minivan door would never get that sort of press even though it solves the same problems.

Sure, they’ll still just be seats. Sure, the owner of the car will likely rarely ever sit in them. But, Tesla’s new Model X seats’ main purpose will be very simple: to help make the Model X the coolest SUV money can buy.