Tesla’s Gigafactory could be twice as big as originally planned, according to county officials 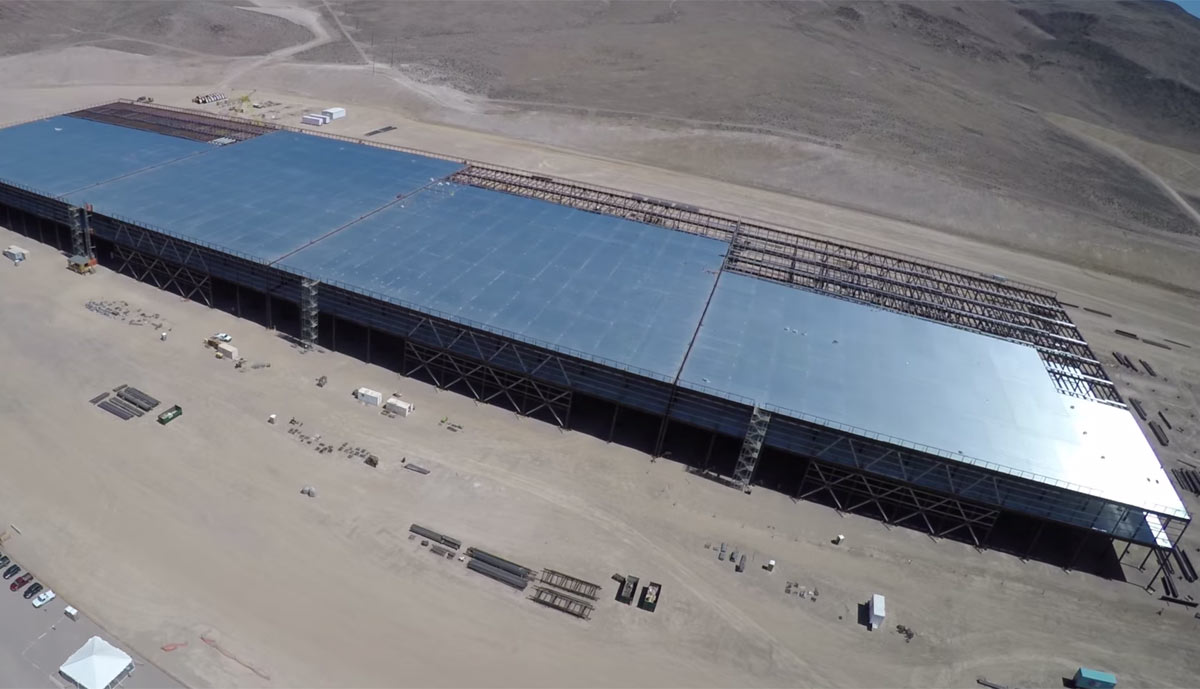 During a presentation about the Tahoe Reno Industrial Center, Dean Haymore, from Story County Commission, said that Tesla purchased an additional 1,200 acres of land adjacent to their battery factory under-construction near Reno. According to Haymore, the new purchase made last week more than doubles Tesla’s land at the site and the company is looking to purchase another 350 acres.

Tesla originally planned for a 10 million square-foot modular factory with the first phase, the pilot plant (see picture above), representing about a quarter of the total building. But during Haymore’s recent presentation, the Story County official said that Tesla is now planning to have 7 “blocks” like the one currently under-construction and if all 7 are completed, the total square footage would be 24 million square-foot instead of the 10 million originally planned. If this turns out to be true, The Gigafactory would be the largest building by footprint on the planet.

It is not clear how this change would affect the production output of the factory. Tesla planned for a total battery cell output of 35 GWh and battery pack output of 50 GWh or enough for 500,000 vehicles, the difference in battery cells would be imported to the factory for Tesla to assemble the battery packs, presumably from Panasonic.

During a recent conference call discussing Tesla’s financial results, Elon Musk, Tesla’s CEO, said the company was looking into possibly increasing their planned battery production capacity after the impressive demand the company experienced when they unveiled their stationary energy storage products. At the time, the CEO mentioned the possibility of adding capacity to the plant currently under-construction near Reno.

Another interesting point revealed during the presentation, according to Haymore, Panasonic, which so far was Tesla’s only confirmed partner for the project, will be bringing 14 other companies at the  Gigafactory. Dean Haymore said:

Panasonic is bringing 14 other companies, beside them, over here (Tahoe Reno Industrial Center) to provide for Tesla.

When Tesla first announced their plan for the Gigafactory, they talked about partnering with multiple suppliers, bringing them all under the same roof to reduce cost, but over a year after the announcement, Tesla had yet to announce a partner other than their long time battery cell supplier, Panasonic. Haymore’s comments would explain why Tesla had yet to confirm another partner since the deals would be going through Panasonic instead.

You can watch Dean Haymore’s presentation and Q&A here.