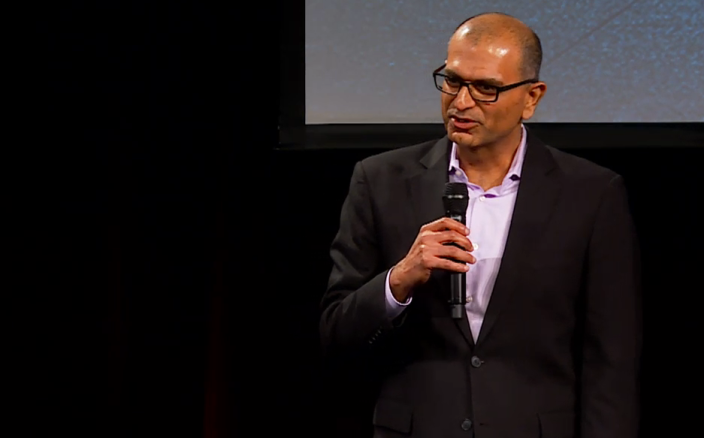 During Tesla’s 2015 Annual Shareholders Meeting today at the Computer History Museum in Mountain View, Elon Musk, Tesla’s CEO, confirmed that Deepak Ahuja, Tesla’s longtime Chief Financial Officer, will be retiring. The automotive industry veteran joined Tesla in 2008 when the company was in a difficult financial situation. He is believed to have been instrumental to Tesla’s survival at the time.

Prior to joining Tesla Motors, Deepak was an executive at Ford. He held a range of financial roles at the company, from Controller of Small Cars Product Development to CFO of Ford in Southern Africa. He holds bachelor’s and master’s degrees in materials engineering from Banaras Hindu University and Northwestern University, respectively and an MBA from Carnegie Mellon University.

After his presentation, Musk announced Ahuja’s retirement and personally thank him for his work with the company. The emotional CFO joined Musk on stage to say a few words:

“Thank you Elon, it has been an honor working for you. I have discovered more potential in myself than I could have imagined.”

This comment was received with laughter from the crowd. Musk is known for being an hard worker and asking a lot out of his employees. Deepak then compared his experience at Tesla to a “rollercoaster or something you would experience in the hyperloop when that comes to reality”.

“As you can imagine, making that decision to leave Tesla has been very hard for me. It’s akin to leaving your own baby, is how I look at it. I’ve been with Tesla since 2008 and we started with a lot of passion, a vision to go change the world, but limited resources and we had to fight the battles to get them. It’s been much harder than I thought it would be to get here, but it’s the right time for to go and check off a few things on my bucket list […]”

Musk confirmed that Deepak will stay with Tesla until they find a suitable replacement and he will assist during the transition.