Elon Musk: Base Model 3 will not come with dual motor all wheel drive 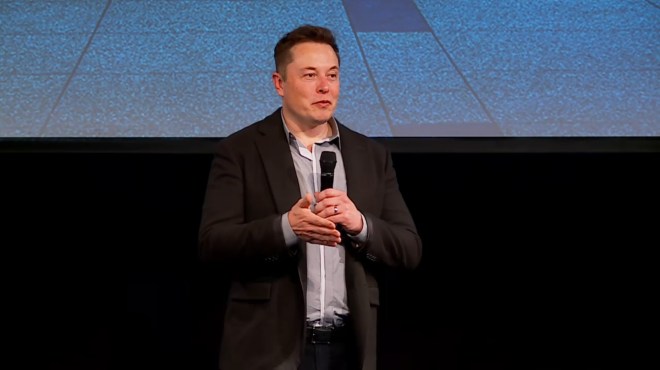 Elon Musk has confirmed that the Model 3, Tesla’s first mass market vehicle, will not arrive with dual motor all wheel drive (AWD). He did say, however, during today’s annual shareholder meeting, that dual motors will be available as an option.

After the AWD Tesla Model S 70D replaced the Model S 60kWh to become Tesla’s entry level vehicle earlier this year, some assumed that perhaps Tesla would go the way of Subaru, making all future vehicles AWD. Unfortunately, to keep the price of the Model 3 down to Tesla’s projected $35,000 base price, Tesla will forgo the option for base model deliveries.

“In order to keep the car as affordable as possible, the standard version of the car would have single motor, but we’ll offer dual motor as an option,” said Musk in response to a shareholder question.

The Tesla Model S can still be purchased in a single motor configuration, but the order form on Tesla’s website treats the configuration as a discounted version of the Tesla Model S 85D. Given the value of the discount ($5000), it is likely that the dual motor upgrade for the Model 3 will be similar, placing the least expensive AWD Model 3 at approximately $40,000.

Elon was quick to point out that a two wheel drive EV would still perform well in icy conditions, citing the success of the rear-wheel drive (RWD) Model S. “The base version of the Model 3 would be single motor, but it still will have very good traction control,” said Musk. “In fact, even before we were shipping the dual motor, our highest sales per capita in the world… were in Norway.”

Elon did not say directly whether the Model 3 would ship with front-wheel drive or RWD, but hinted that it would be the latter. The BMW 3-Series, often cited as the market the Tesla Model 3 will compete against, is also RWD.