Tesla Motors’ website and Twitter account were hacked late Saturday afternoon by a group claiming to be the “Autismsquad” or “RIPPGANG” on Twitter. From about 4:30 PM ET and for a little less than an hour, the website displayed the images pictured above (we have been removed the faces since showing seems to be part of the hacker’s plan).

It’s not clear what are the intentions of the hackers, but they might be linked to the black hat hacking group “Lizard Squad”.

Tesla’s Twitter account was also compromised. The tweets stopped at around 5:00 PM ET and they were removed when Tesla regained control of the account about an hour later. 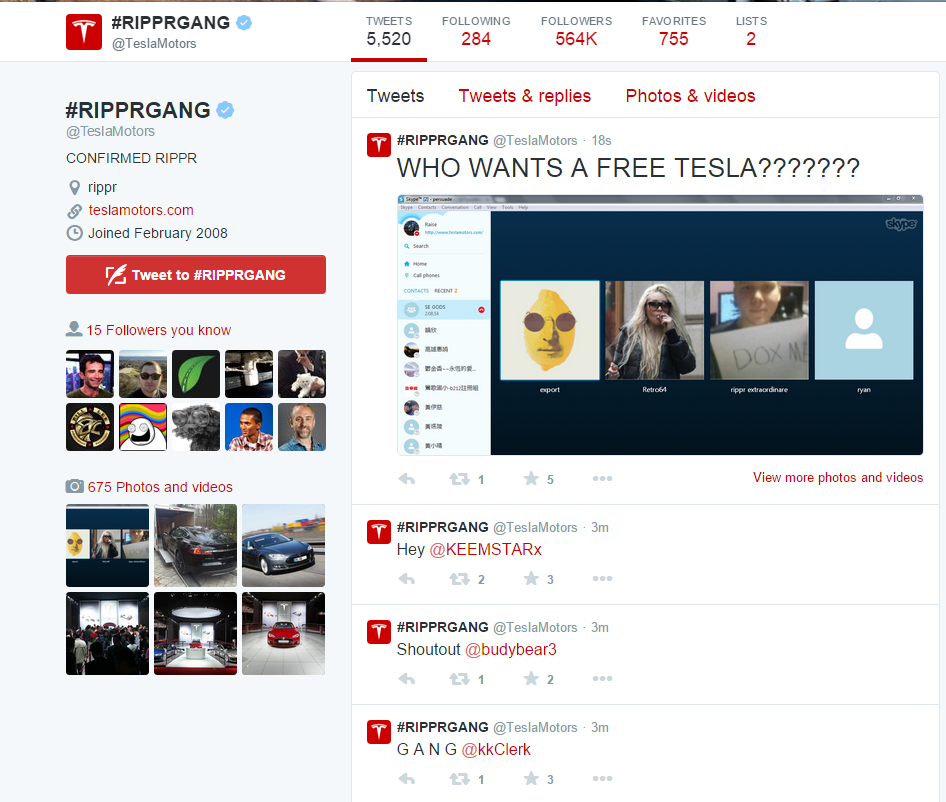 The hackers left a message in the source code of the website while it was still displaying the hacked notice:

<!– HACKED BY DEVIN BHARATH. GET YOUR DOMAIN BACK IF YOU SEND ME A FREE TESLA: ***address redacted*** –>

Some Model S owners reported temporarily not being able to connect their Tesla App to their vehicle. It might be linked to Tesla briefly losing control of their website’s domain.

Tesla has yet to confirm anything, but it looks like a DNS attack. Hackers would have diverted Tesla’s domain to different servers. A DNS attack can certainly create a lot of headaches, but it is unlikely that any information has been stolen. 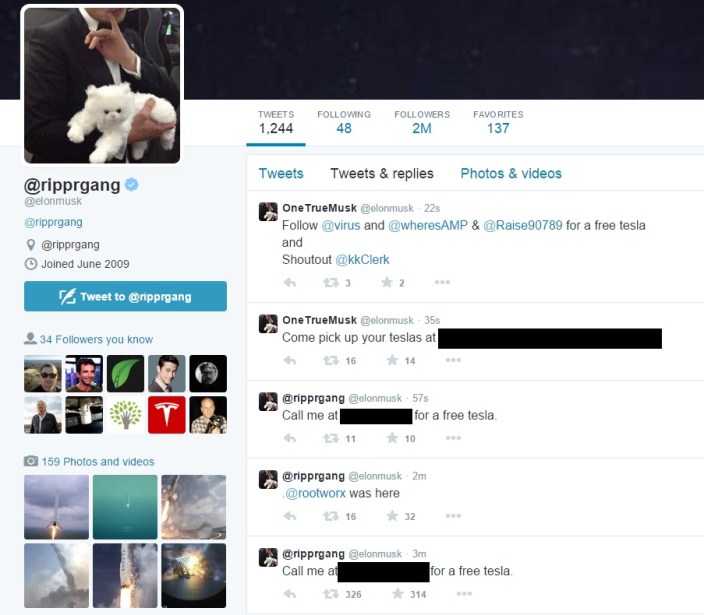