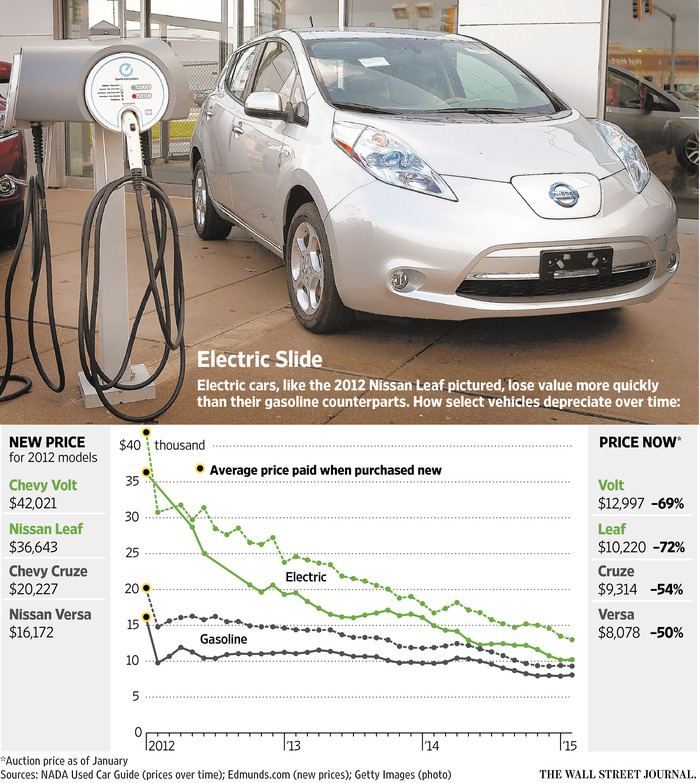 Kind of a strange story today from the WSJ today. In a post a Titled “Resale Prices Tumble on Electric Cars, Tax credits on new models, worries about battery life undercut efforts to peddle used Nissan Leaf” the Wall Street Journal doesn’t read its own headline.  Take $7500-$10,000 off the price of the Electric car to start with since it has been a federal subsidy since electric cars began being offered in 2012.  That Chevy Volt was really a $34K car to buy new. That Leaf was under $30K.

Then factor in that prices of electric cars have dropped as demand and therefore production has increased. A new 2015 Nissan Leaf is now $21,000. That’s the same price as the Chevy Cruze above. Used prices are going to drop accordingly.

Sure temporary price drops in gas haven’t helped electric vehicle sales (as well as the perception of long term battery capacity drops) but the graph and premise above from the WSJ is misleading and curious.