Tesla CHAdeMO adapter gets slashed to $450, might actually go on sale soon 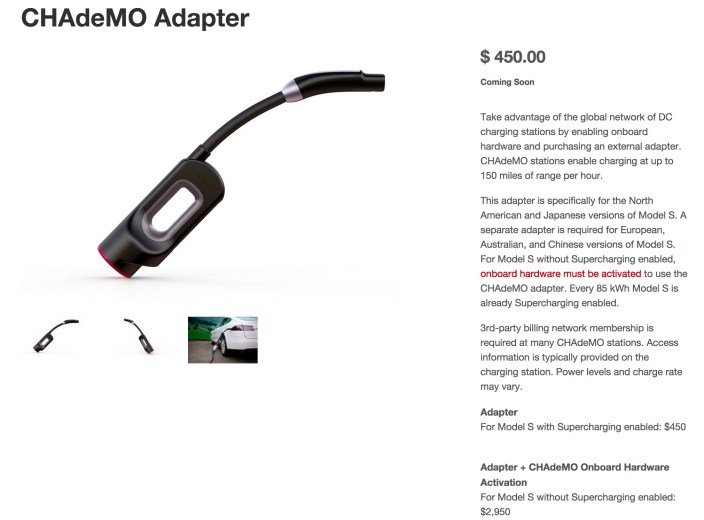 We’ve seen Tesla’s CHAdeMO adapter in the wild and it might soon be hitting the streets. The Tesla Motors Shop now has the adapter, with the same “Coming Soon” designation but with a drastically reduced $450 price tag.  That means there is some movement on the product and you might actually be able to buy one soon.

The one we saw a few months ago was working well but our tipster said that because of the variances between CHAdeMO stations it was still being tuned. 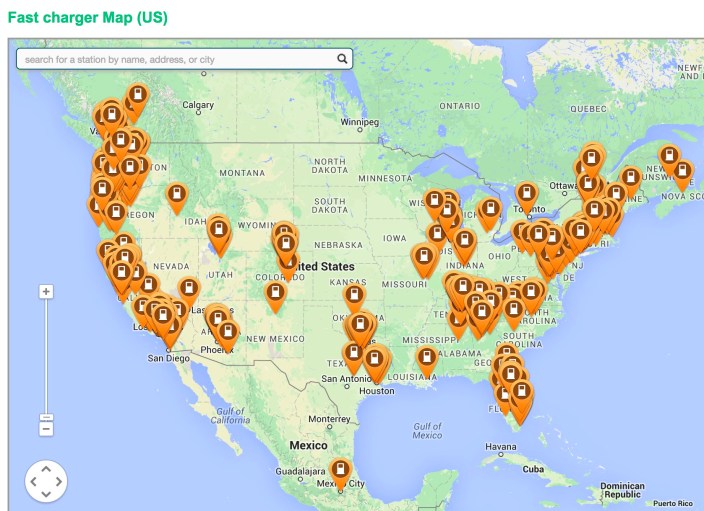 Tesla launched in Japan last month where CHAdeMO stations are plentiful. But as you can see from the map of CHAdeMO adapters from the standard body’s site, they are also plentiful and growing in the US.

CHAdeMO is the official DC fast charging option used by Nissan for the Leaf and a few other Japanese electric car manufacturers. As of October 7th, 2014, the CHAdeMO Association web site states that there are 2,129 DC Quick Chargers installed in Japan, 1327 in Europe, 731 in the USA and 54 elsewhere

Tesla charging times vary depending on the amperage on the stations but the fastest will approach the speeds of Tesla’s Superchargers.

@llsethj correction. Just rechecked:118 mi/hr 351v 105a. So halfish SC speed. May be faster elsewhere, we shall see.