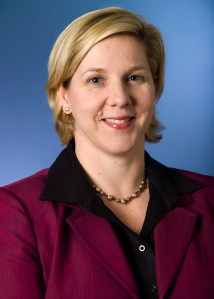 Interesting move. Juniper makes large scale networking equipment that runs on the backbone of the Internet and at ISPs as well as larger corporations. Denholm began her career in Australia serving at Toyota Motor Corporation for seven years and at Arthur Andersen and Company for five years in various finance assignments.

JUNIPER NETWORKS’ ROBYN DENHOLM TO JOIN TESLA’S BOARD OF DIRECTORS

Denholm has also been appointed to chair the company’s Audit Committee and be a member of the Compensation and Nominating and Corporate Governance committees. These roles were previously filled by Brad Buss, who is vacating his committee positions upon joining SolarCity as its Chief Financial Officer. Buss will remain a member of Tesla’s board and will provide valuable continuity from his experience since joining the board in 2009.

Denholm joined Juniper in 2007 and has helped the company achieve record revenues while delivering breakthrough innovations to customers. In 2011, Denholm was a Bay Area CFO of the Year finalist and she was recently named on Silicon Valley Business Journal’s Women of Influence List. She joined Juniper from Sun Microsystems, where she served as Senior Vice President, Corporate Strategic Planning.

Denholm began her career in Australia, serving in various finance assignments for Toyota Motor Corporation and Arthur Andersen and Company. She holds a bachelor’s degree in economics from the University of Sydney and a master’s degree in commerce from the University of New South Wales. At Juniper, she is responsible for company’s finance, administration and business operations, including planning, IT, real estate, investor relations, internal audit, and manufacturing operations.