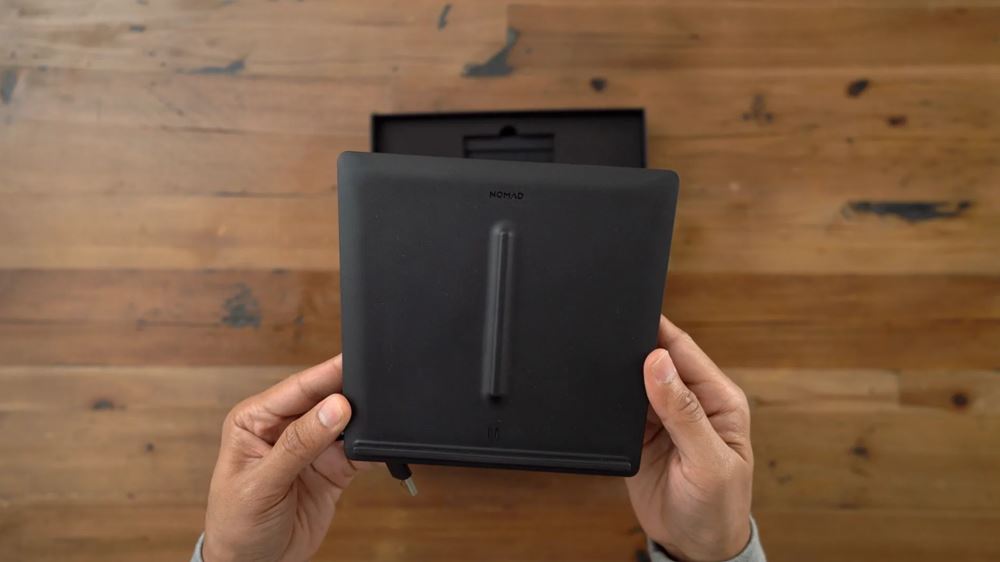 If you’re on the cutting edge of vehicles in the purchase of your all-electric Tesla, chances are you also keep your phone charged via the wireless Qi standard. Current Model 3 and Model Ys have built in Wireless charging but for older models, you’ll need to go the third party route.

While you can certainly plug in your phone to the normal USB ports in your Tesla directly or via a USB hub, you can also opt for a nifty wireless charger. Here are some of the best wireless chargers for your Tesla.

The tried and true wireless solution.

Right alongside the Model 3’s bursting popularity, Nomad came right out the gate in 2018 with a great wireless charging solution. It’s cheaper now than it was when it first launched, but it’s still not cheap at around $100.

Jeff reviewed the Nomad wireless charger a ways back and had very few critical things to say:

Of all the chargers on this list, the Nomad is arguably the most popular and one of the most well made. Nomad isn’t exactly known for EV accessories — smartphone cases and the like are more their thing — but it goes without saying that they absolutely nailed this one right out the gate.

Use code ELECTREK for $5 off!

Jeda is well-known for their USB hubs as well, but this wireless pad is just about everything you need from a wireless charging solution in your Tesla including landscape that beats even Tesla’s built in model. Jeff noted in his review of the Jeda wireless pad that it’s a complete must-have:

In fact, Jeff went as far as to say that if he had to pick between the Nomad charger and the Jeda, he’d go with the Jeda, citing its longer, detachable USB cables, better fit, landscape support, and wired-charging support. This charger is roughly the same price as the Nomad one.

The best USB wireless chargers for your Tesla Model 3 or Model Y are certainly the Nomad and Jeda options — their build quality is bar-none. But if you are on a limited budget and want to add wireless charging to your Tesla you can check out one of these well-reviewed TAPTES chargers from Amazon. They offer the same basic functionality at less than half the price.

Tesla finally got in the game.

After watching Nomad and Jeda dominate the wireless charging market for a couple years, Tesla finally decided to jump into the fray in summer 2020 with an official wireless charging accessory for the Model 3/Y and Model S/X. While we recommend the Jeda and Nomad models if you have the former, the Tesla first-party charger is a great — if expensive — option for Tesla Model S and Model X owners.

A budget pick for Model S and Model X owners.

The TAPTES is one of the best-reviewed budget wireless charging pics for Model 3 and Model Y (as we noted above), but there are also options available for Model S and Model X owners. This Qi charger fits snugly in your Model S or Model X center console and can charge Qi phones — but it also acts as a great center console organizer to store things like your key fob and other knick knacks. Like the TAPTES, the Topfit charger lets you add wireless charging to your Tesla on the cheap.