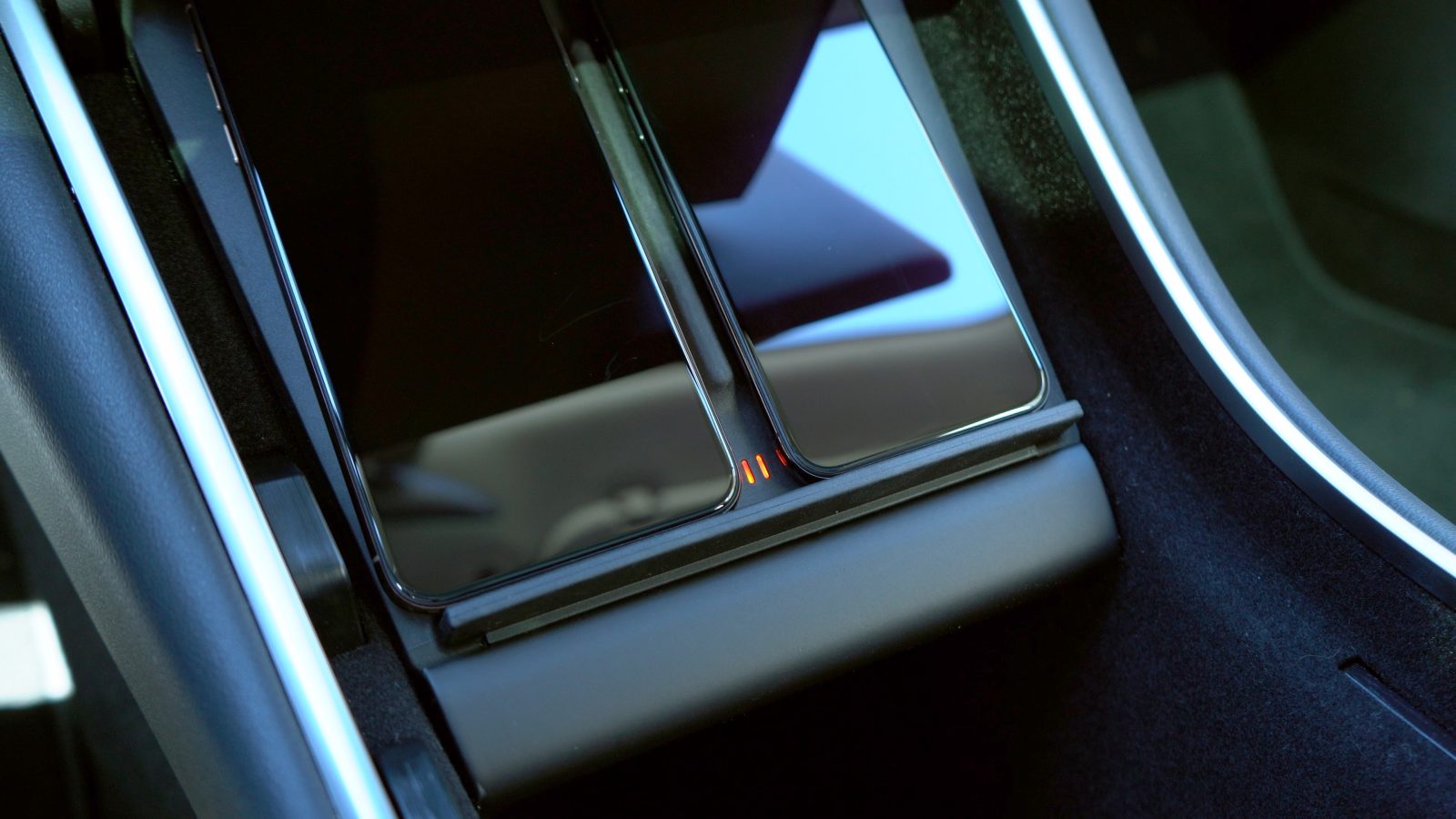 With a car as forward thinking as the Model 3, I admit that it’s a bit disappointing that Tesla didn’t opt for wireless smartphone charging, or at least make a wireless charger for Tesla Model 3 an option in the design studio. As Tesla makes progress with Model 3 deliveries and eventually ushers in the standard range battery option, it’ll hopefully begin addressing smaller wants like this.

Until then, there are wireless charging solutions made available by third-parties. One of the most popular options, the Nomad Wireless Charger for Tesla Model 3, recently landed in the office. Nomad, which is known for its Horween Leather-based iPhone cases and iPhone accessories, saw an excellent opportunity to fill the needs of Model 3 owners. The result is a wireless charging pad that could easily pass as being a native part of the Model 3. Watch our hands-on video as we discuss the ins and outs of Nomad’s wireless charging solution.

Note: I’ve been told that the battery that was previously included inside the Nomad Wireless Charger has been removed. It’s no longer needed now that the Model 3’s USB ports provide enough power for dual 7.5W charging. Phones should charge just as fast with the gen 2 charger as they did with the gen 1 charger. The battery has been replaced with a steel core to keep the product weighted.

Unboxing the Nomad Wireless Charger is a simple affair. Inside the box, you’ll find the Nomad unit, spacers to accommodate smaller phones, and a business card affixed to the top of the box with links to set up instructions. 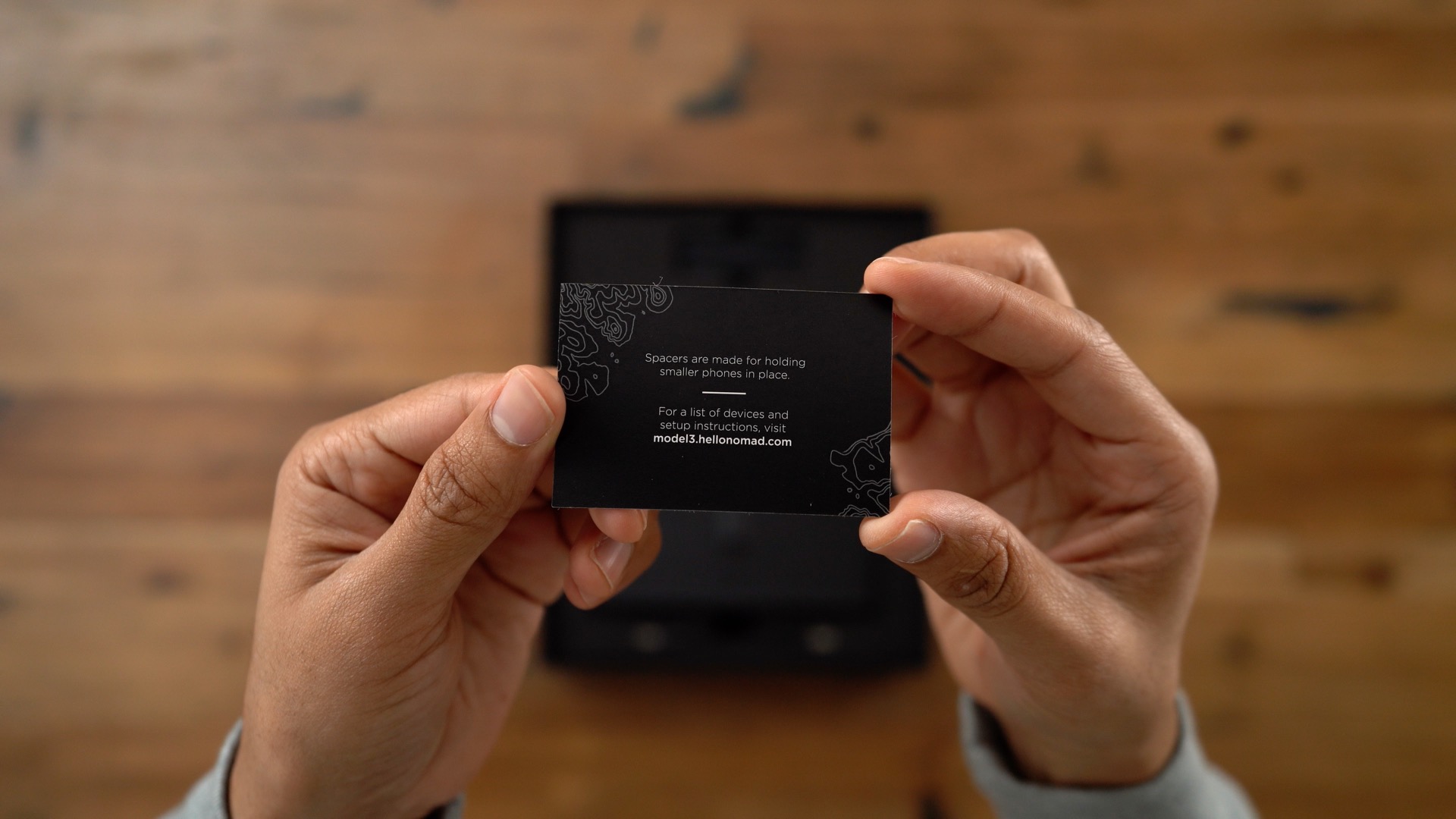 The unit itself comes with two permanently attached USB-A cables, which connect to the Model 3’s two USB-A ports in the storage area beneath the touch screen. Though the cables for the USB connections are a bit thin, the rest of the unit feels sturdily built. I especially appreciate the non-slip material that Nomad employed to keep your iPhone firmly planted on the charging surface. 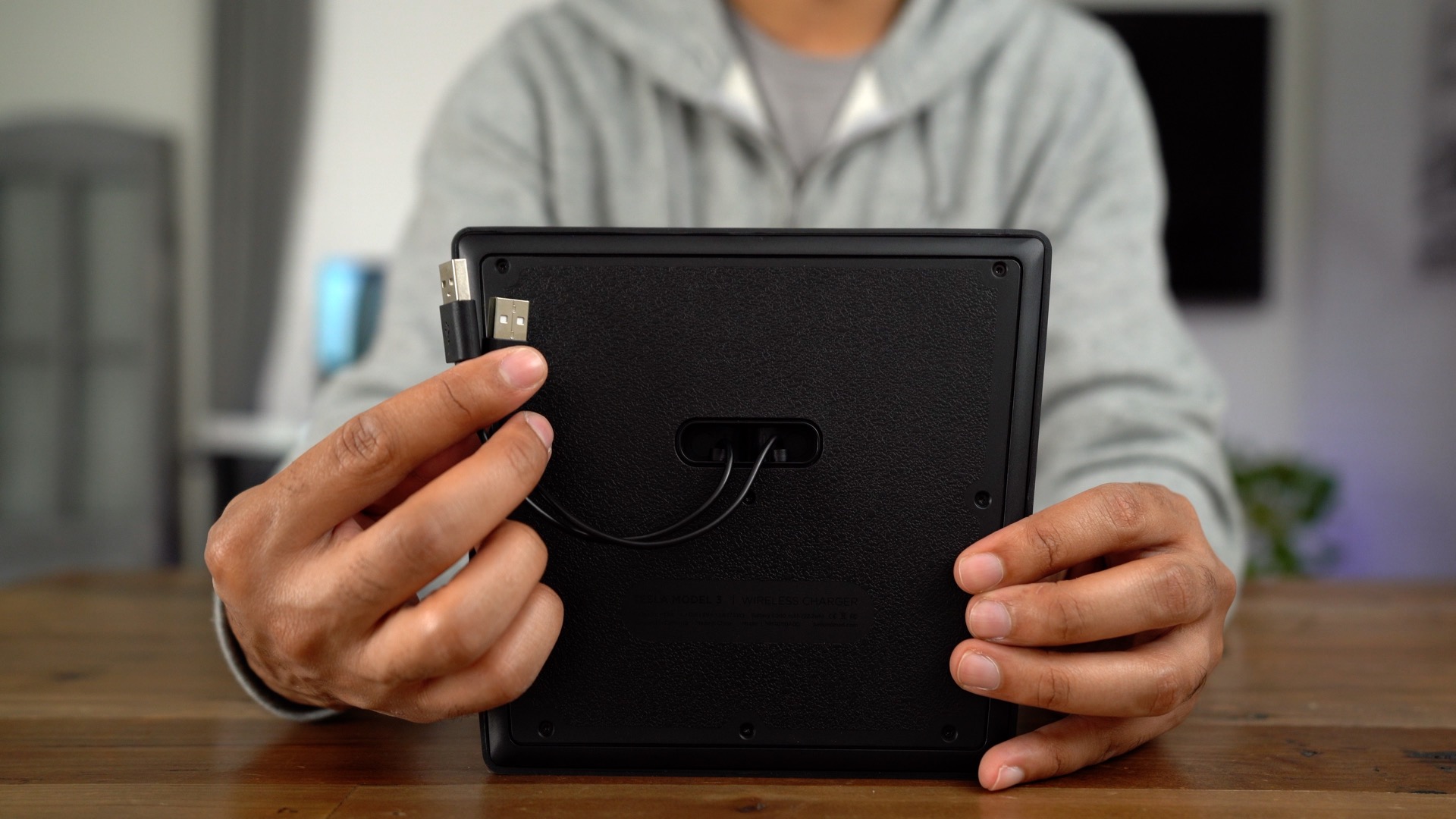 The overall design of Nomad’s charger is minimalistic. There is a small embossed ‘NOMAD’ logo near the top of the charging pad, but it’s fairly inconspicuous. Overall, the design of the Nomad Wireless Charger complements the sparse design of the Model 3 interior, and does relatively little to draw attention to itself. 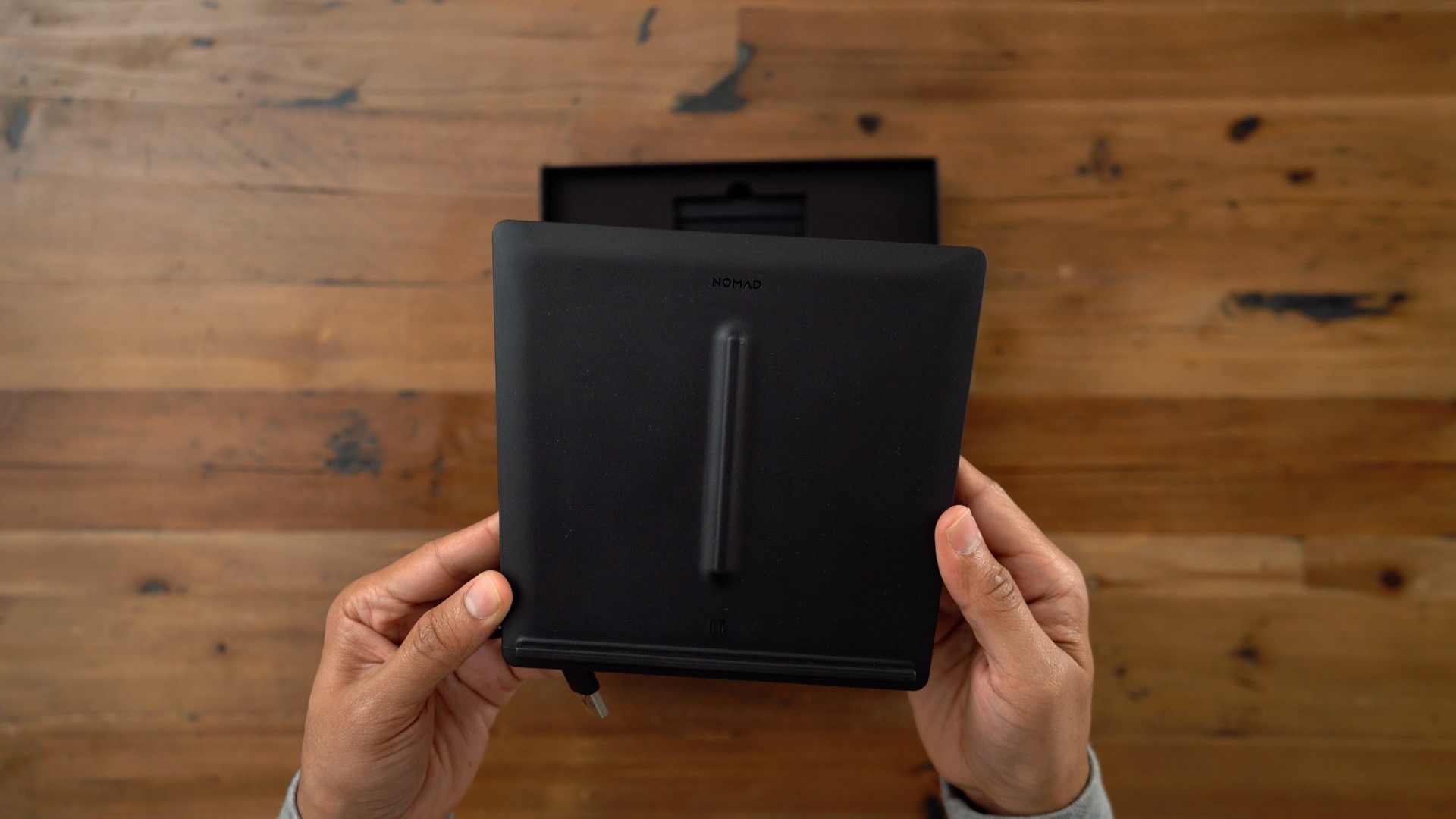 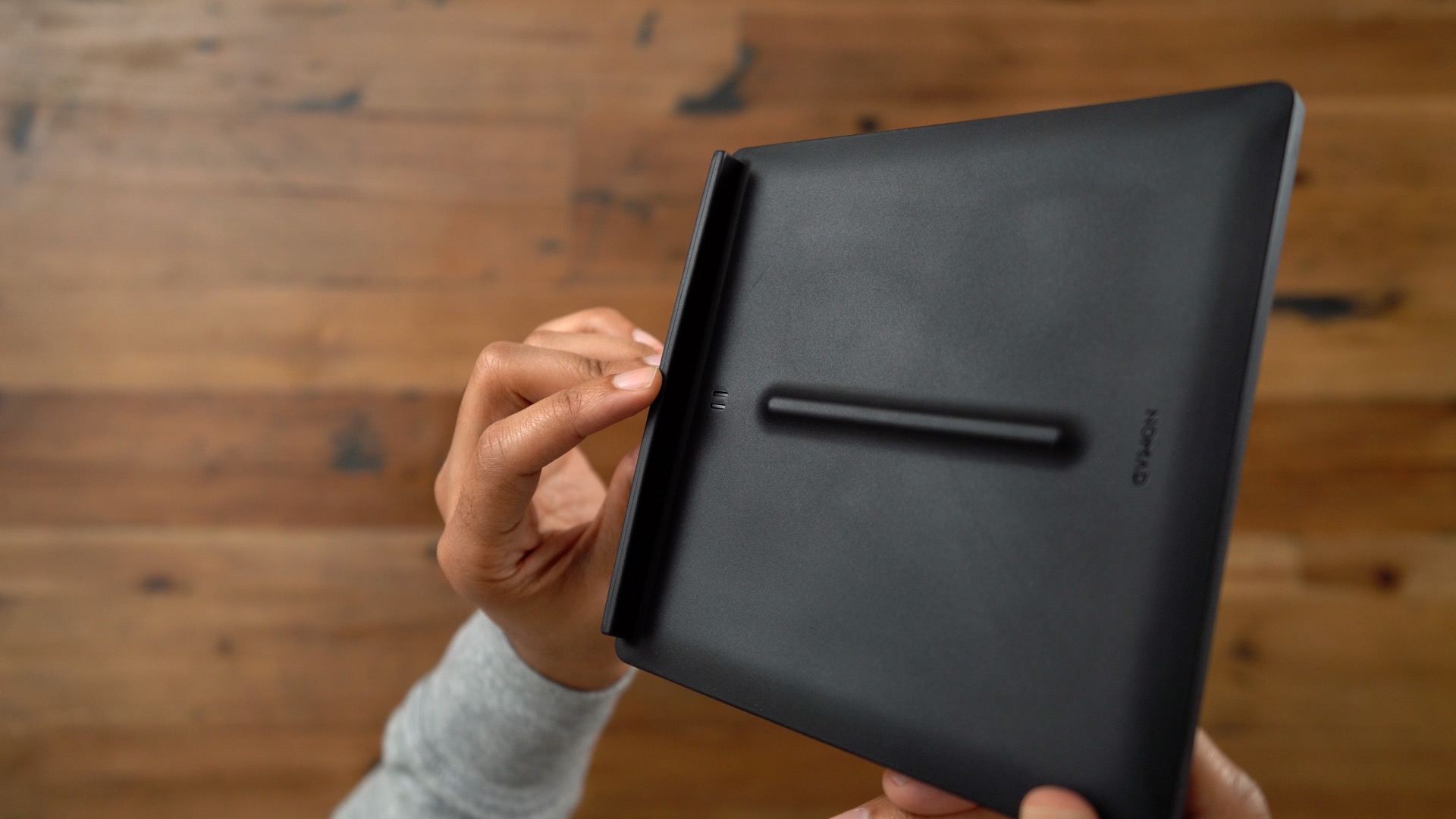 Installing the Nomad Wireless Charger takes just a few minutes, and can be completed with little technical know-how.

Step 2: Lift up and remove the existing mat.

Step 3: Raise the platform, and unplug both USB cables from the USB ports inside the center console.

Step 4: Slide the bar at the bottom of the platform to the left to remove it and fully expose the USB-C and Lightning cables.

Step 5: Remove each cable completely, starting with the connectors, and route the disconnected USB plugs through the hole in the platform. 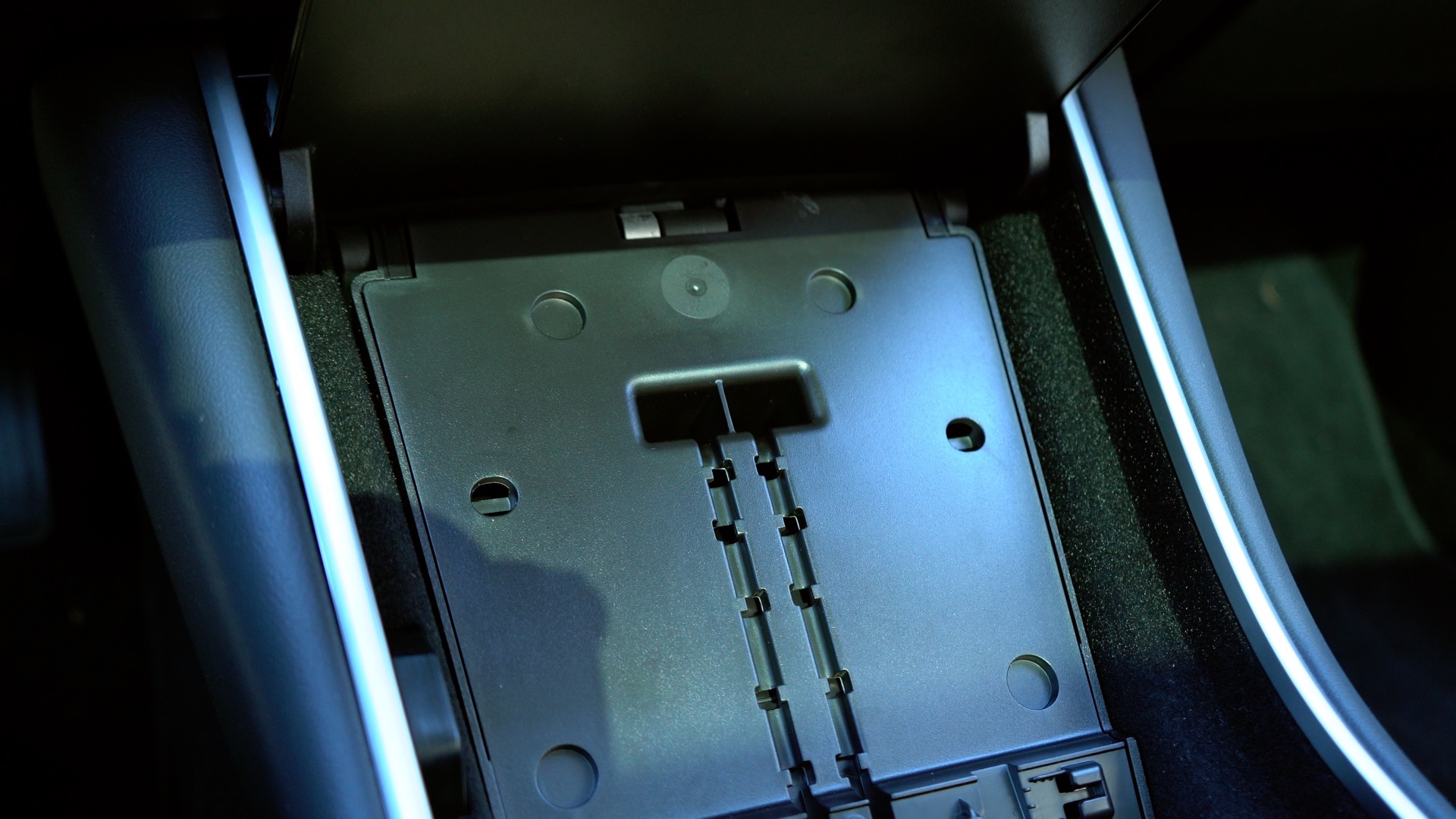 Step 6: Replace the bottom of the platform by sliding it to the right to secure it back into place.

Step 8: Slightly raise the platform, and plug in each USB cable to the USB ports inside the center console.

The star the show, as far as I’m concerned, is the way the Nomad Wireless Charger seamlessly fits inside of the storage area beneath the touch screen. Installation requires you to remove the existing wired-charging solution, which consists of a couple of cables and a non-slip pad.

Nomad designed its charger to fit the area perfectly, meaning it won’t slide around, flex, or do anything else to make it seem like an afterthought in design. Installation takes only a couple of minutes, and afterwards you never really have to think about it again. 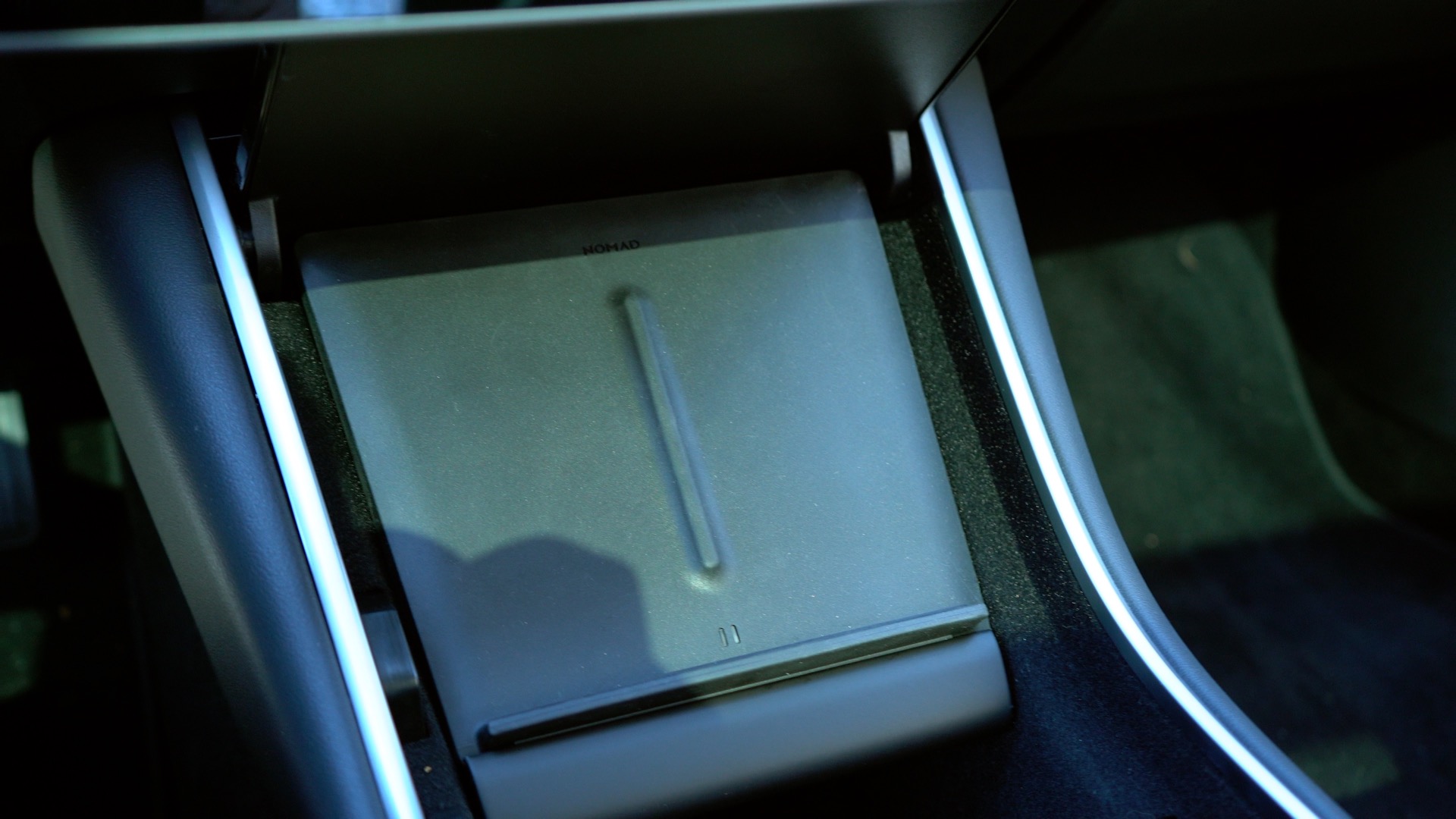 Utilizing the Nomad Wireless Charger for Tesla Model 3 requires that you have a phone that supports Qi-standard wireless charging. This means that all of the latest iPhones are supported, and most of the latest flagship Android devices are as well. If you own a supported device, it’s as simple as placing your phone down on the wireless charger. As noted, you can charge two devices simultaneously, which is super convenient if you have someone riding shotgun.

There is one glaring issue with using a device that occupies both USB ports in the Model 3’s center console. Features like USB music playback, and the new dashcam feature bundled with V9, require a USB drive connected to one of those ports. If both ports are being used by the Nomad Wireless Charger, then it means that you can’t use USB music or the dashcam without some sort of USB hub workaround. We’ve heard rumblings that such a workaround is easy to implement, so we’ll be back with a walkthrough discussing that, but you should be aware of this potential limitation. 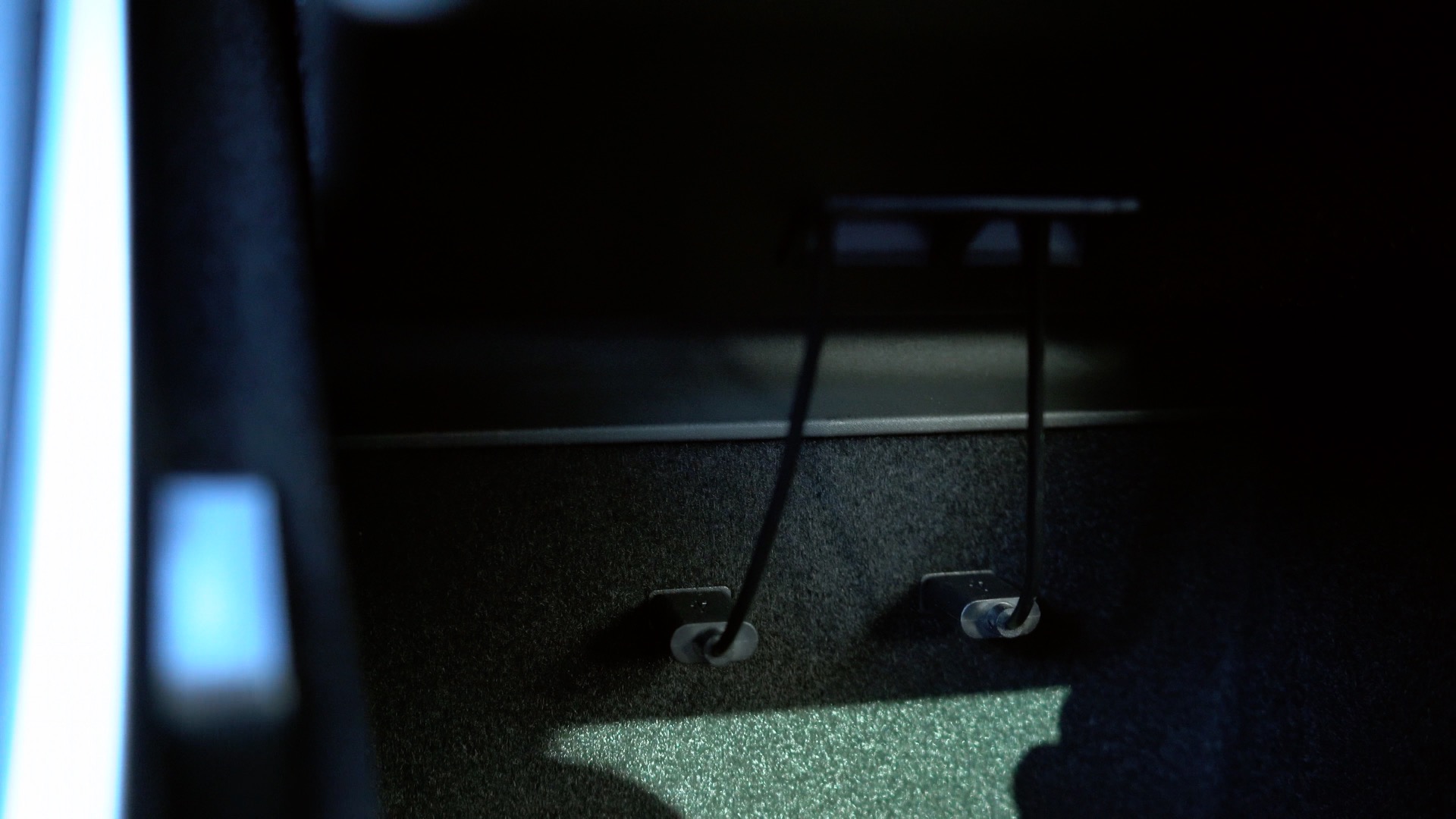 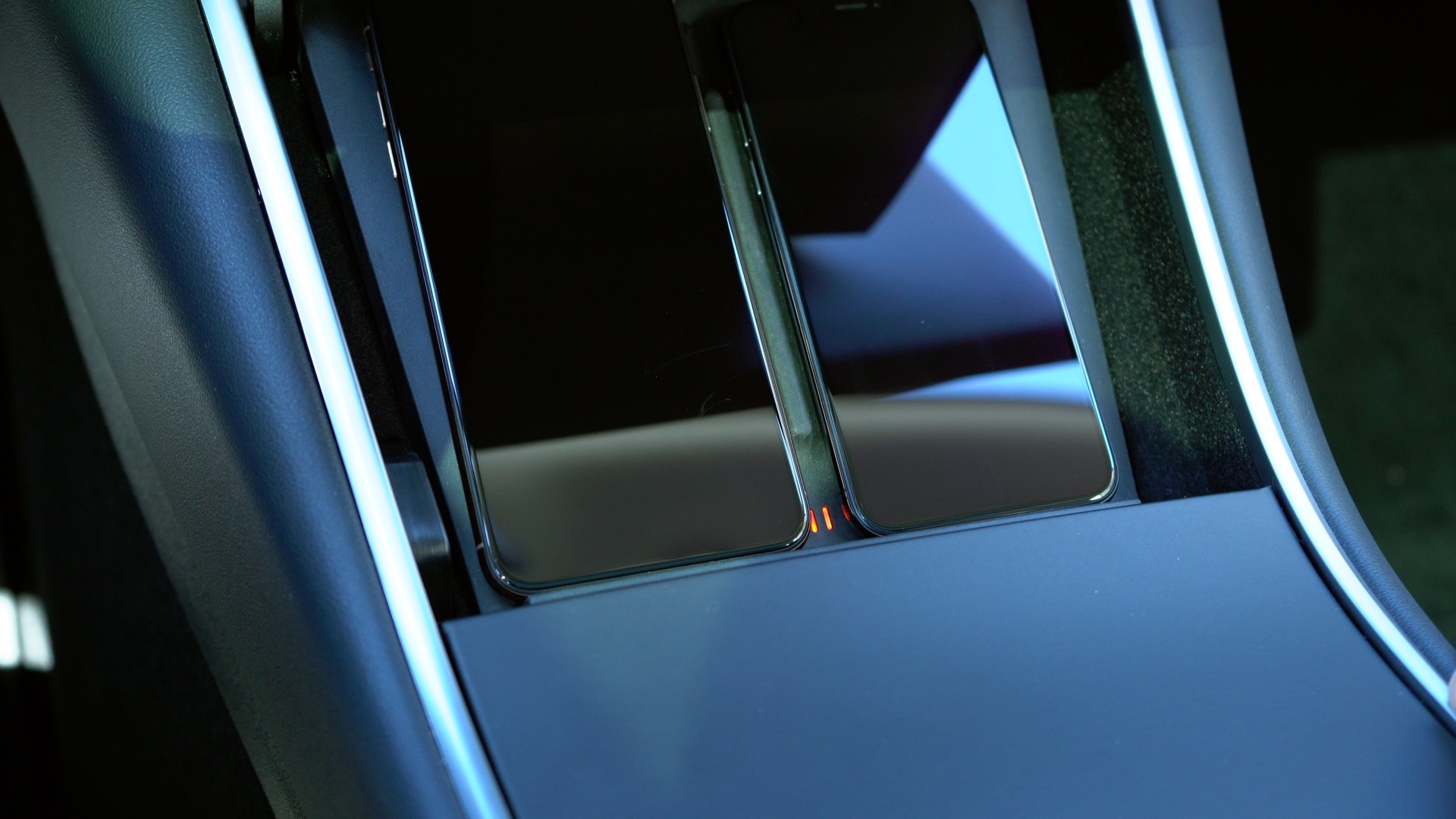 If you can live with or work around the USB port issue noted above, and are okay with dropping $130 for the privilege of charging wirelessly, then I think it’s well worth considering. For more accessories, be sure to check out Fred’s excellent post highlighting some of the must-have items for your Tesla Model 3.

What are your thoughts on Nomad’s charger? Sound off down below in the comments with your feedback.