A few weeks ago, we reported a new Tesla Model S hearse concept commissioned by a funeral transport company based in the Netherlands and built by a stretched limousine maker. At the time, the companies only released highly photoshopped images and insisted that the vehicle was the real deal.

Now that they officially unveiled it, we can confirm that it is real and actually quite impressive… END_OF_DOCUMENT_TOKEN_TO_BE_REPLACED 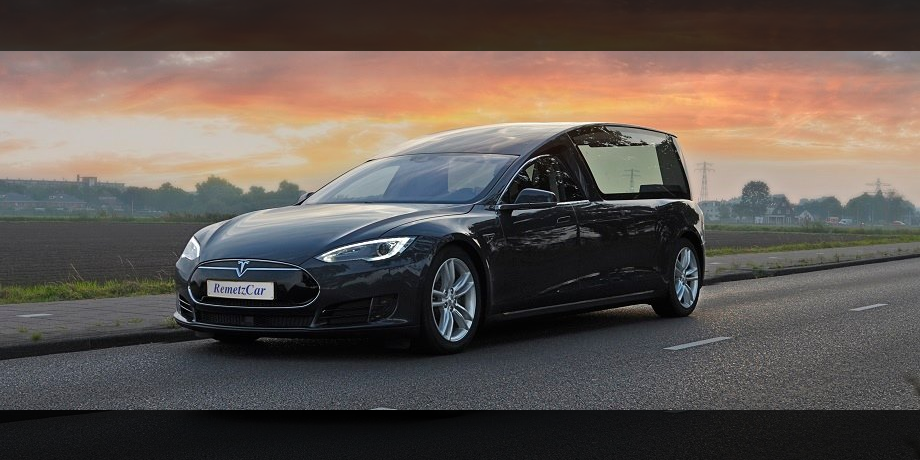 In what they claim to be a world’s first, and we can’t dispute it after some research, a funeral transport company based in the Netherlands, Vander der Lans & Busscher BV, developed the first all-electric hearse using a modified Tesla Model S built by a stretched limousine maker, RemetzCar. END_OF_DOCUMENT_TOKEN_TO_BE_REPLACED