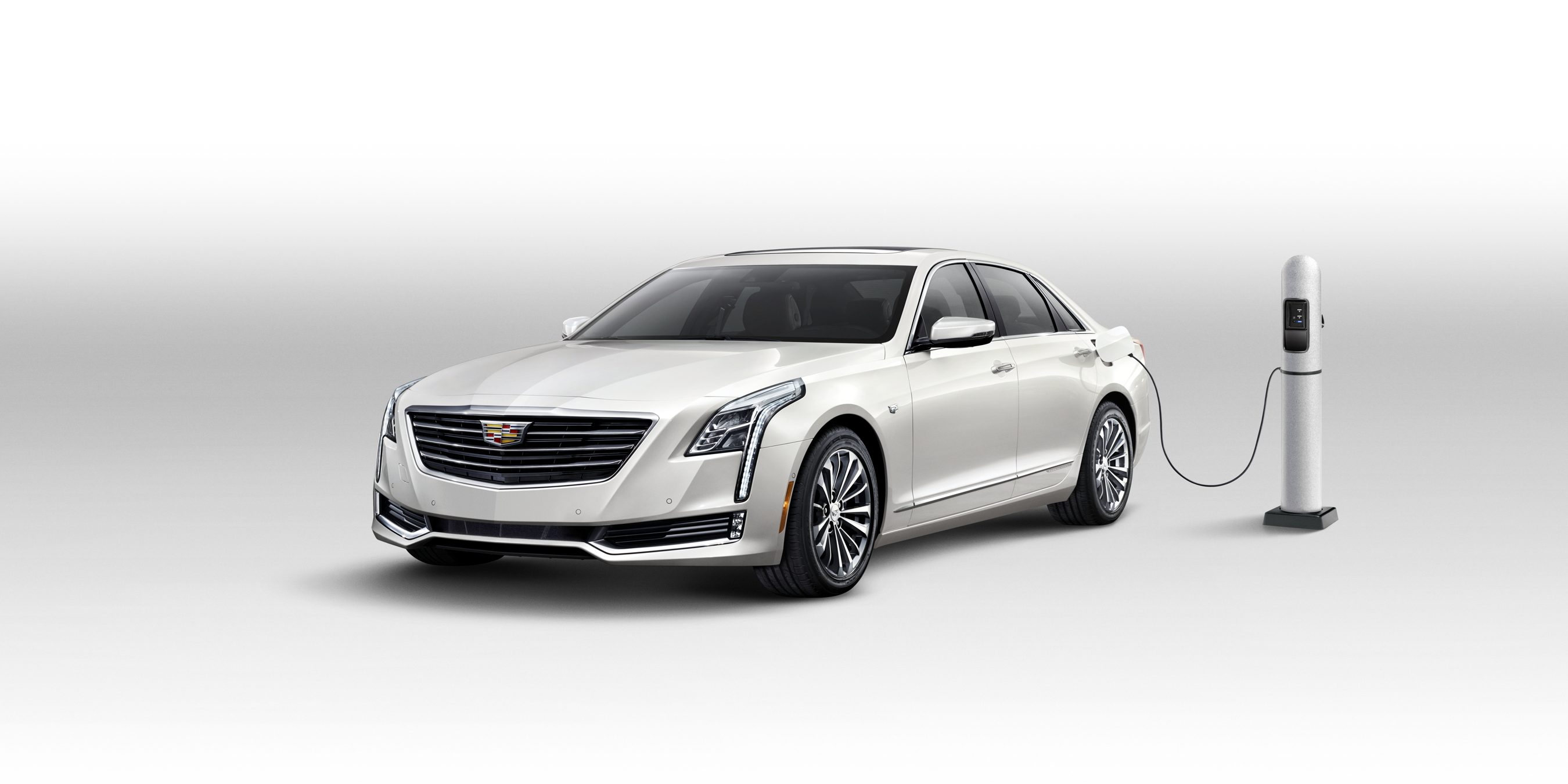 After some misadventures with the ELR, Cadillac has stepped back into the Plug-In Hybrid game with their new CT6 PHEV.  The car is expected to ship in the spring of 2017 and start at $76,090 before incentives are taken into account.

The CT6 compares well to its gas counterpart, offering much higher efficiency (65 MPGe), better performance (335hp, 0-60 in 5.2s, compared to 5.3-6.1s depending on engine configuration) and 30 miles of all-electric range.  This is less electric range than the Volt offers, and even less than the ELR did, which is an unfortunate step backwards by GM.  That said, 30 miles fits almost exactly the average daily mileage driven by American drivers (29.2 miles), so this should still allow many drivers to avoid using gasoline on most days, especially if they have a short commute or can charge at work.

The gas-powered CT6 costs $69,585 for the “Premium Luxury” trim level and twin-turbo engine, which is the most comparable to the PHEV version, which means the PHEV version comes with a $6,505 premium.  However, it includes some extra options, and various government incentives will be available, including the $7,500 federal tax credit and possibly state incentives as well.  This should mean that the CT6 Plug-In Hybrid will be cheaper than a similarly-equipped gas version after incentives, in addition to the performance and efficiency benefits – which means even more savings on gasoline in the long term.  At this price, if you’re thinking about getting a CT6, there’s no reason I can imagine not to get the plug-in version.

END_OF_DOCUMENT_TOKEN_TO_BE_REPLACED

While Tesla was far from the first automaker to introduce assisted driving features in its production vehicles, it was the first to market the features as “semi-autonomous”. We could argue on what constitute a “semi-autonomous driving system”, but Tesla’s Autopilot certainly feels like one due to its unofficial hands-free capability.

The more advanced driver assist features found in luxury vehicles before Tesla still required you to steer the vehicle. While some were equipped with lane keeping, it would only activate if it would detect the car going outside the lane or pressure on the steering wheel.

Although not recommended, Tesla’s Autopilot allows for complete hands-free driving under certain conditions as the system is constantly active in the vehicle. Yet, GM doesn’t think it can be called a “semi-autonomous driver-assist technology” and claims it will beat Tesla to market with its ‘SuperCruise’, which the automaker as yet to launch. END_OF_DOCUMENT_TOKEN_TO_BE_REPLACED