I just had (another) expensive electric bike stolen. Here’s what would have stopped it 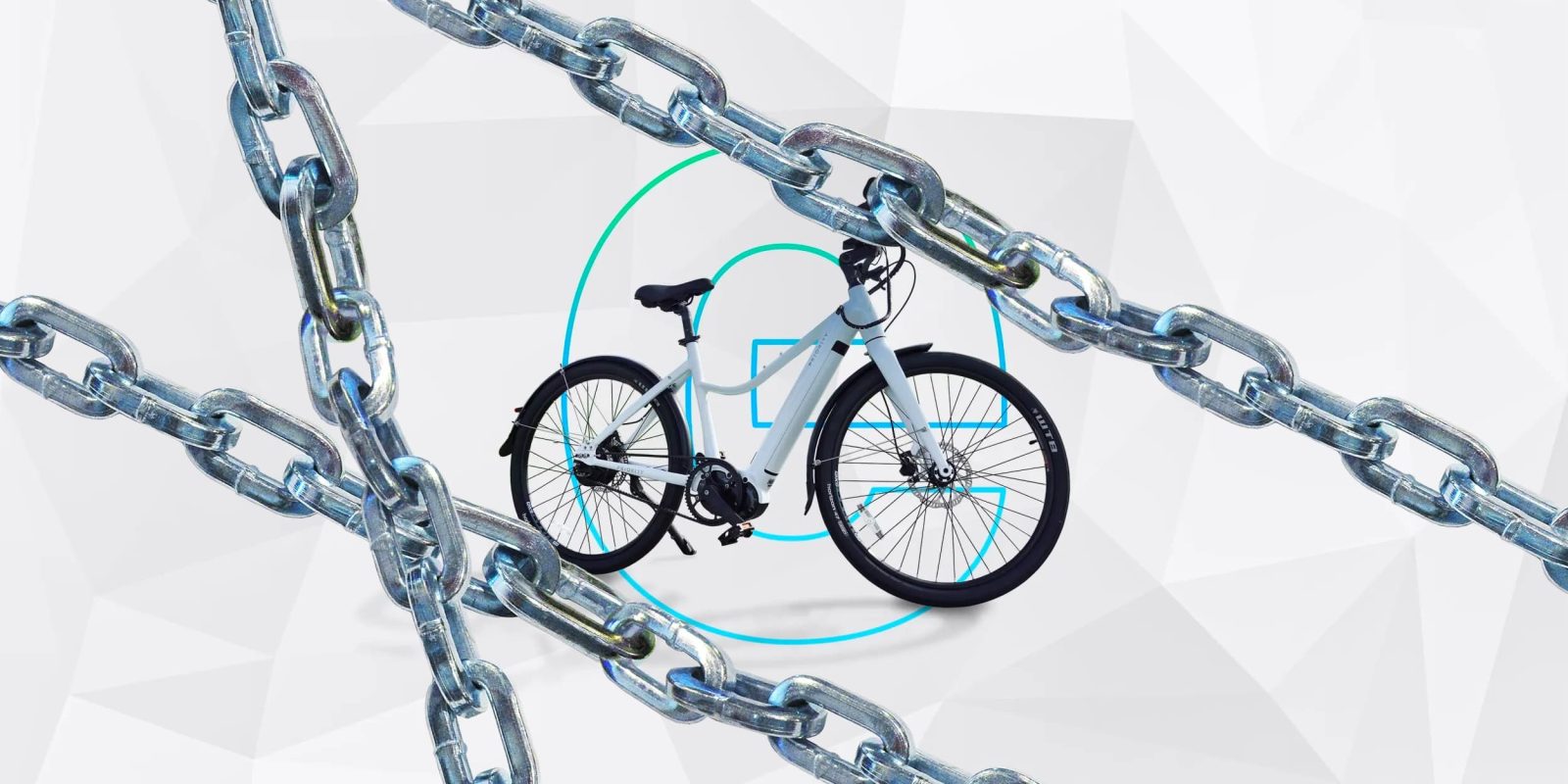 E-bike theft is rampant. Simply put, electric bicycles are prime targets for thieves. They’re readily available, they’re easy to flip, and they’re often quite expensive. Mine was, and now it’s not mine any more thanks to some scumbag bike thief.

The worst part is that there are several simple things I failed to do that could have saved my bike. Please learn from my mistakes and protect your own e-bike properly so you don’t experience the same heartache as me.

To be honest, I really should have known better. In fact, I did know better. I’ve written about e-bike anti-theft articles before. I’ve reviewed high-security locks. The problem is that I broke several of my own rules. A classic “do as I say, not as I do” situation.

And thus, I made it too easy for a thief to make off with my Priority Current electric bike. It’s not the first e-bike I’ve had stolen; I live in a big city where bike theft is common. But it’s the most expensive one yet. And it’s the one that I was most attached to, having bought it after performing a review on it and falling in love with the bike.

Hopefully you’ve never had that awful feeling of returning to where you left your bike parked, only to find the bike missing and your broken lock on the ground.

This time I had the displeasure of getting that feeling secondhand, as I was out of the country when my wife texted me a picture of my broken lock in the spot where my bike normally resides. She didn’t mince words either, bless her heart. “The bike was stolen.”

The fact that I said broken “lock” and not “locks” is likely the first clue to what went wrong. And it’s the first major anti-theft tip for bikes – especially expensive electric bikes.

1. Never use only one lock

The only time I generally only use a single lock is when I’m locking for just a minute or two while I run into a store. Any time I leave my bike for more than a few minutes, I generally use two locks. It’s not that two locks makes your bike twice as safe, but it does still improve your chances of not getting stolen for two main reasons: It takes a thief longer to actually do the work, and it means that the thief is more likely to choose a different bike to target that only has one lock.

The best method is to use two different types of locks. Combine a U-lock with a chain lock.

Lock them to two different anchors, if possible. If not, make damn sure it’s a strong anchor.

Shake a street sign before you lock to it and ensure it’s solidly in the concrete sidewalk. Kick a bike rack and make sure it’s bolted down securely. Push on a fence post and see if it’s sturdy. But whatever you do, use more than one lock of different types.

My mistake was laziness. I used a somewhat simple chain lock, and opted for one that was quick and convenient for me since I could wear it like a belt. And the main problem is that I only used one. Adding one of my U-locks would have only taken a bit more time but would have significantly increased my bike’s security. I kept the bike in a locked garage and counted on the garage door being my second lock, in this case. But that isn’t good enough.

(Edit: For what it’s worth, that was a 4-digit combination mechanism, not a 3-digit.)

2. Park next to nicer bikes than yours

I parked my bike in a locked parking garage next to seven or eight other bikes. Mine was definitely the nicest and most expensive of the bunch.

3. Take your battery with you so it isn’t stolen

I didn’t take my battery with me. I was lazy. I left it on the bike instead of carrying it upstairs to my apartment. “It’s in a locked garage,” I thought to myself. “It’ll be fine.”

I would bring it up once a week or so to charge, but usually I left it on the bike so each morning I could easily come down to my bike and start my ride without having to deal with carrying the battery.

If the bike had been without the battery, the thief would have been less interested in it. Finding that battery would mean ordering it directly from the company, which is expensive and a hassle.

It was stupid of me, but I left the very expensive battery on my expensive bike, and now the thief has both.

4. Take your entire damn bike inside

Even better than taking your battery with you is taking your bike with you to prevent it from being stolen. No lock is theft-proof. With the right tools, every single one can be broken or picked, and most both. The best way to not have your bike stolen is to not let thieves have access to it.

Again, this was basically laziness on my part. I could have brought the bike into the elevator and up to my apartment. But I didn’t, because that would have been annoying to do each day.

And here we are now.

If you have the ability to do so, take your bike indoors. It’s safest there. If a thief is able to get into your home, you have bigger problems to worry about than your e-bike.

In my case, I was out of the country on a press trip and should have been even more careful about leaving my bike outside of my apartment. I had assumed that the locked parking garage of my apartment building was safe enough, but I couldn’t have been more wrong. It’s easy enough to tailgate in and back out, which is likely what the thief did.

There are two types of bike thefts: Thefts of opportunity and targeted attacks. The former is where a thief stumbles upon an easy lift and decides to go for it in the moment. The latter is where a thief watches a good target over several days or weeks, then plans the attack method and time for maximum result.

I can’t be sure which was the case for my bike, but I parked it in the same spot every day. And that’s a big no-no. It makes it too easy for a thief to take their time and plan the best attack. They can come back at a good time and with the right tool to break my lock when no one is around.

If you have to lock outdoors, you should always mix it up. Park in different locations, even if it means walking a couple more minutes to your destination. Ideally use different locks if you have them. Do what you can to make sure there’s no discernible routine.

6. Install a tracker on your e-bike

There are plenty of good GPS trackers out there that can be easily hidden on a bike to prevent it from being stolen. Many are cleverly disguised as bike parts. Even a thief looking for them likely wouldn’t recognize where they were hidden.

The only problem with GPS trackers is that they are expensive, and many require monthly subscriptions or a SIM card with its own monthly fee. But now with Apple AirTags (or the somewhat less effective Tile trackers), it’s cheap and easy to put a tracker on your e-bike. It won’t work as well as true GPS, but in a crowded city like mine with hundreds of thousands of iPhones walking around creating a network of AirTag locators, it would have been easy to pinpoint my bike.

The kicker is I even had AirTags. I had just bought a four-pack and was even planning on putting one on my bike. I already hid one in my motorcycle and sewed another into my backpack. I just hadn’t gotten around to figuring out a good place to hide on my bike yet.

If you have an AirTag already, take the time to find a good place for it. They’re a bit tricky to hide, but some black duct tape could make it part of the underside of the saddle in a pinch, and many dumb thieves won’t take the time to look for it. If you’re handy you could probably slice and incision into your saddle, slip it in and then repair the saddle. Many e-bikes have wide enough frame tubes that you could likely slip one in there. Some e-bikes even have a built-in place for AirTags already. Juiced’s new e-bike batteries also have an AirTag spot built into the case.

There are even cool AirTag holders for bikes disguised as bike bells and bike reflectors.

Take the time to put a tracker on your bike. A $25 tracker is a great investment, especially for an expensive e-bike.

There are plenty of bike insurance companies that specialize in this stuff.

You can also potentially have your bike covered under your homeowners’ or renters’ insurance.

Some locks even offer insurance for stolen bikes if you register your lock with the company immediately after purchasing.

Of course, I didn’t do any of that.

Keep it in perspective

Ultimately, try to keep things in perspective. If you’re the victim of bike theft, it feels awful and you want to lash out. But try to turn the situation into a positive. Learn from your mistake so it doesn’t happen again. Or better yet, learn from my mistakes.

That doesn’t mean it doesn’t still suck. Yeah, I dream of nut-punting that bike thief so hard he chokes on them. But that doesn’t bring my bike back.

In the future though, hopefully this reminds that I should walk the walk instead of just talking the talk when it comes to locking my own bikes.

Any one of these mistakes I made, if rectified, could have meant that my bike still would have been there in the morning.

Take a good look at the way you lock your bike up and make sure you don’t fail where I did. If my sad story prevents a few people from having their own sad story, then at least the result is some net good in the world.

In the meantime, I’ll be scanning the local for sale ads for my bike. Maybe I’ll get to score that nut punt after all.