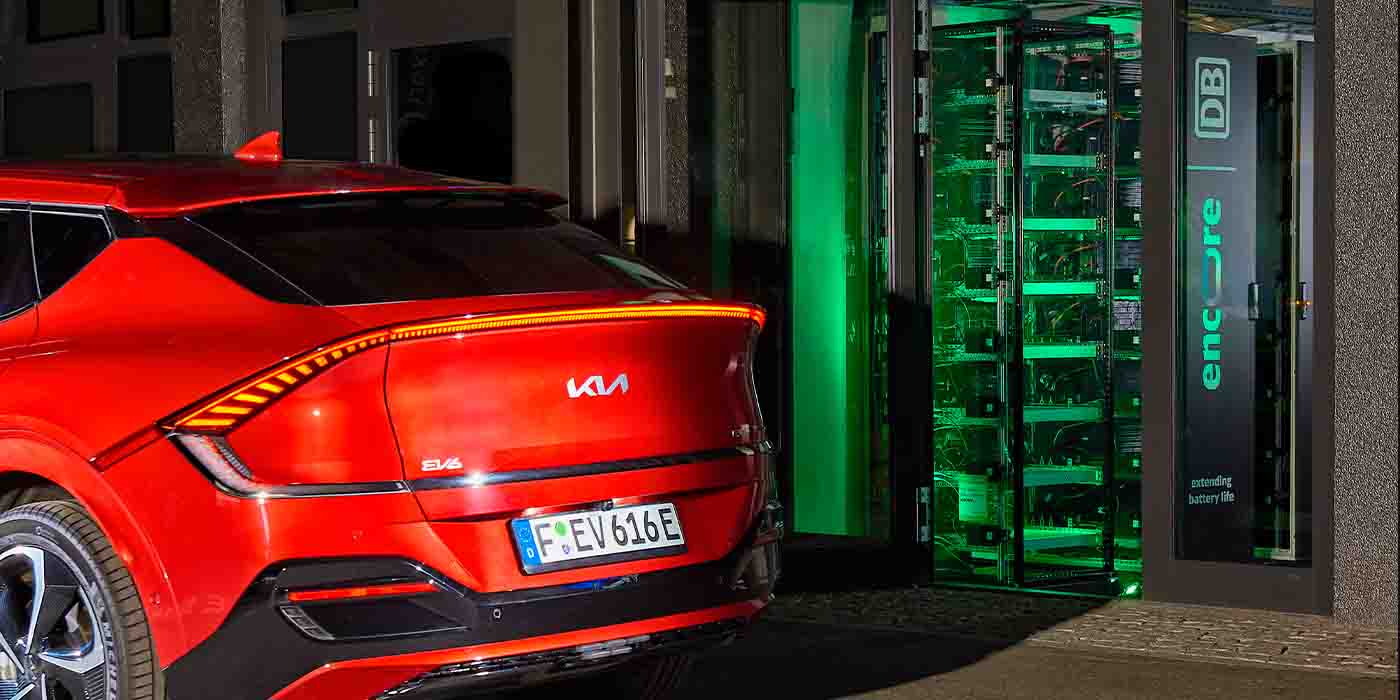 As a Korean automaker and member of the Hyundai Motor Group, Kia has fully embraced electrification as it moves toward zero-emissions and carbon neutrality throughout its businesses. Additionally, Kia and Hyundai Motor Group have invested in new technologies, like robotics and autonomy, to push sustainable mobility forward.

A major hurdle to overcome as EV adoption continues to blossom is EV battery recycling. To combat this issue, major manufacturers like CATL and recycling specialists like Redwood Materials are already helping reduce and reuse precious materials around the globe.

In Europe, encore Deutsche Bahn (encore DB) has been partnering up with a number of businesses to procure used batteries and give them a second life as energy storage solutions. Its latest partner is now Kia, whose EV batteries are already being used to help power micro smart grids.

Kia announced the details of its new partnership with encore DB in a press release today, explaining how its EV batteries will be dismantled and repurposed for a second life cycle. Under the new agreement, Kia Europe becomes the first mobility solutions provider to officially partner with encore DB, with a goal of expanding repurposed batteries throughout Europe.

This process began with an initial prototype battery storage facility, which has already been implemented at the EUREF-Campus in Berlin, Germany. The energy storage system is composed of 24 battery modules, made up of 14 double cells previously used in Kia Soul EVs.

These modules combine to form a “Micro Smart Grid,” which is essentially a power grid in which different energy sources are linked intelligently. An integrated battery management system (BMS) helps balance the state of charge in each module by performing passive or active voltage wherever and whenever needed.

According to the companies, the aim of these battery-powered systems is to help reduce reliance on the grid by enabling more predictable energy flows while increasing the amount of renewable energy used across a given area. Kia Europe president, Jason Jeong, spoke:

With our success in the electrification of Kia models, we also take responsibility for the batteries beyond their lifetime in the car. The pioneering partnership between Kia and encore DB shows that we regard batteries as a valuable resource in terms of a sustainable circular economy.

Kia and encore DB relayed that the current energy storage prototype can provide 72 kWh of usable power to support the “time shifting” energy balance mentioned above, while also storing solar power for later use.

Together with its new partner in Kia, encore DB plans to continue to expand EV battery recycling and help maintain more steady and predictable energy flows throughout Europe, while simultaneously promoting more sustainable and renewable sources of power.