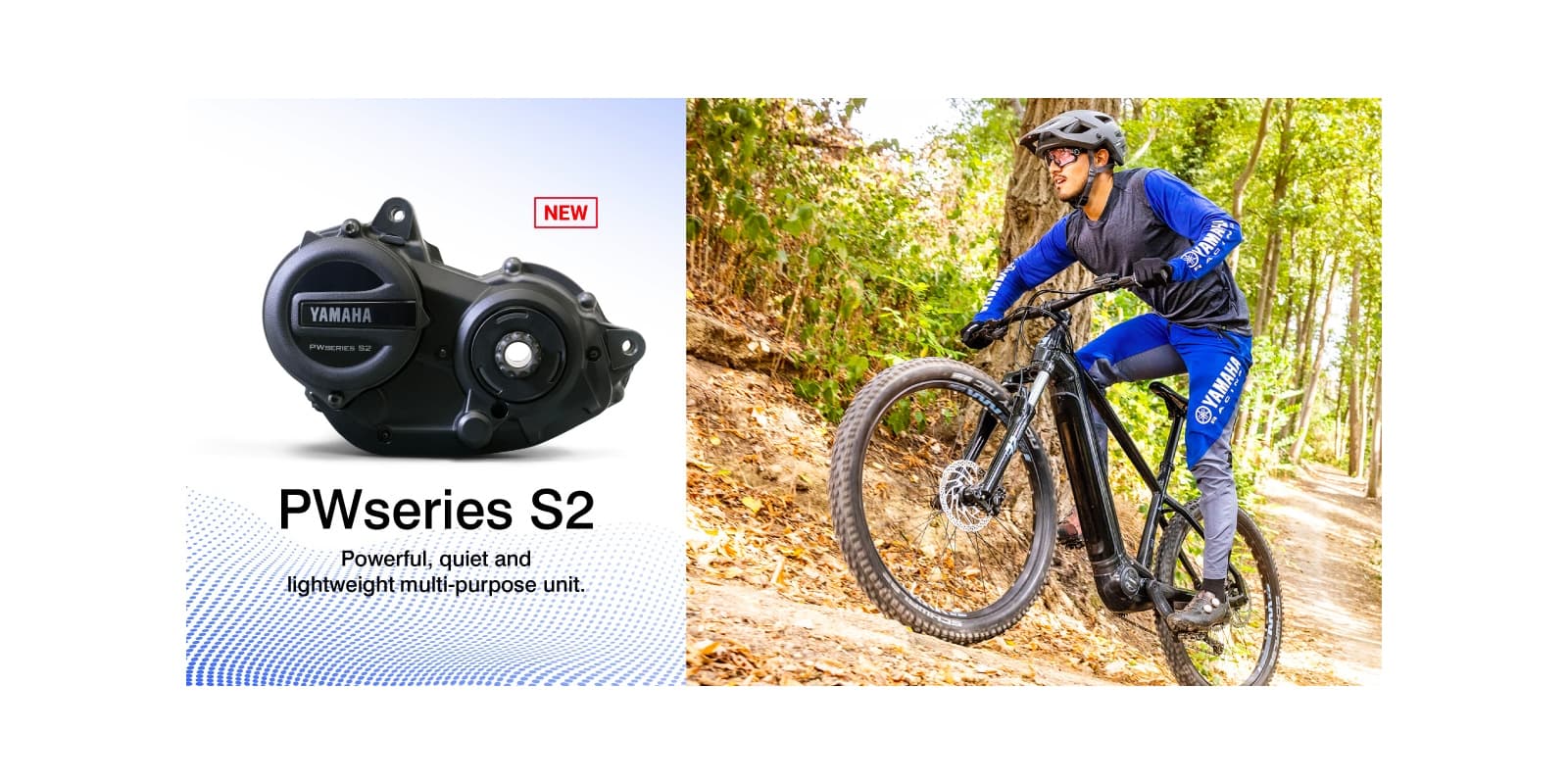 Yamaha is at it again with a new mid-drive motor for electric bikes, this time launching the updated Yamaha PWseries S2 drive unit. It’s everything you’d expect from a new motor update, with more power and torque in a smaller and lighter package.

Yamaha described the motor as being developed with a “less is more” philosophy, focusing on dropping the size and weight of their previous motor.

We only learned about Yamaha’s previously launched motor, the PW-ST drive unit, back in May of this year. That motor was unveiled as the powerhouse behind two new Yamaha gravel and fitness e-bikes.

But now the company is already one-upping itself with the PW-S2 e-bike motor.

The claimed 75 Nm of torque marks a modest 7% upgrade over the PW-ST motor. Perhaps more impressive, though, is that the increased torque comes with a 16% weight reduction, dropping the new motor to just 2.85 kg (6.28 pounds). The motor also takes up 20% less volume, meaning there’s less chunky motor mass to catch your eye.

The company is understandably proud of the achievement.

This highly desirable combination of increased output with reduced mass and a 20% decrease in volume ensures that the new PWseries S2 achieves one of the highest torque-to-weight ratios in the multi-role segment – giving strong, instant and user-friendly performance.

In addition to Yamaha’s own in-house electric bikes, the company also provides its electric bike drive systems to other OEMs that design and manufacturer e-bikes around Yamaha’s power trains.

From an aesthetic point of view the reduced size of the PWseries S2 drive unit also offers Yamaha’s partner bike manufacturers the opportunity to achieve a clean and minimalist look when designing the next generation of Sport and Trail models.

It’s not just the hardware that gets an upgrade. In addition to the motor getting smaller, lighter, and stronger, it’s also becoming smarter.

The new PW-S2 motor has what is known as Automatic Support Mode, which relies on an array of sensors to help the drive unit automatically select the proper assistance mode for various points in a ride.

As the company elaborated:

It’s no simple feat to shift gears, adjust seat height, and change ride modes at roughly the same time. The Automatic Support Mode for the PWseries S2 selects the right amount of assist based on riding conditions. Whether you’re starting from a stop, accelerating, braking, riding on a level surface, or climbing a hill, you can leave ride mode changes to the system and focus on shifting and braking.

The new Yamaha PW-S2 drive unit is expected to roll out on a number of 2023 model year electric bikes, both from Yamaha itself and other manufacturers that rely on Yamaha’s power trains.

While we wait to see which e-bikes eventually get the new hardware, let’s hear your thoughts on the new motor system. Sound off in the comment section below!