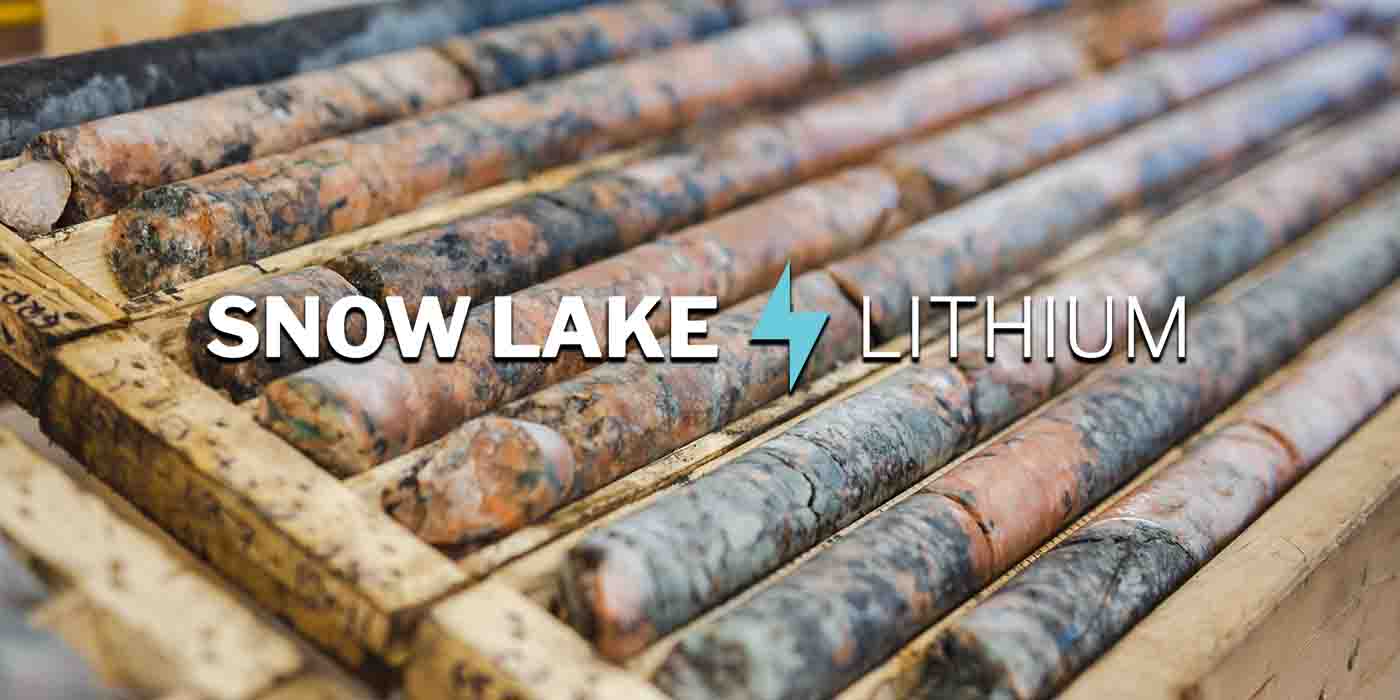 Although it has only explored 1% of its 55,000 acre site in Canada, carbon-conscious mining company Snow Lake Lithium believes it can enable a massive domestic supply of the chemical element to EV automakers when it begins commercial mining. The company expects its all-electric mine to source enough lithium to power up to 500,000 EVs in North America each year, which could prove vital in the US as the automotive industry shifts its supply chains domestically in order to qualify for revised federal tax credits.

The lithium-rich land is located in Manitoba, Canada and was acquired in 2016 by Australian exploration company Nova Minerals Ltd. – a majority shareholder in Snow Lake Lithium – which was formed in 2018. Since then, Snow Lake has been consolidating the land and conducting surveys to determine its resource potential.

Snow Lake Lithium kicked off its initial assessment of the land in early 2022, but at the time said it would take 18-24 months for environmental work such as permitting to be complete before commercial lithium mining can actually begin in North America.

Snow Lake Lithium still has a lot to accomplish before it can mine this rich supply of lithium to automakers in North America, but based on early assessments, the company believes it will be vital in reducing global supply chains for battery materials, while reducing US automakers’ dependency on China.

Snow Lake will supply lithium to North America for years

The mining company shared its latest all-electric mining progress in a press release today, which includes some very encouraging numbers for EV automakers in North America if Snow Lake can in fact reach commercial lithium mining as scheduled.

According to Snow Lake Lithium, it expects to domestically produce 160,000 tons of 6% lithium spodumene a year – enough to power about 500,000 EVs for the North American market, equating to about 5 million EVs over the course of a decade. Snow Lake CEO Philip Gross elaborated:

As we rapidly transition to electrification, it’s essential for the future of the North American automotive industry that we build a rock to road battery supply chain. Local sourcing of critical raw materials, such as lithium, is the only logical step to create a vertically integrated domestic supply chain. Snow Lake Lithium has access to a rich lithium resource and is on the doorstep of North American manufacturers. This is enough lithium to power 500,000 electric vehicles a year produced in North America, which would significantly reduce logistics and emissions that would be created by importing raw materials from China.

In addition to being abundant in lithium – a natural element currently vital to EV battery chemistry, the location of Snow Lake’s electric mining site in North America is ideal for rail travel to the US. Thanks to nearby access to the Arctic Gateway railway in Canada, train transportation offers easy connection to the US rail system at the center of the country, near automotive hubs like Detroit. Furthermore, rail transport only requires several hundred miles of travel as opposed to thousands of miles by road or boat.

Such efficient access to the US could prove fruitful for EV automakers looking to assemble their vehicles and battery components, including lithium, in North America to abide by new federal tax credit terms implemented in the Inflation Reduction Act, beginning in 2023.

Looking ahead, Snow Lake says it is continuing its search for a major OEM or battery manufacturer to partner in a joint venture to help process raw material into lithium hydroxide suitable for EV batteries in North America. The company explained that most lithium comes from brine and hard-rock deposits, but EV battery production favors lithium hydroxide from hard-rock.

Snow Lake will continue its engineering evaluation and drilling program across the lithium site and still expects all-electric mining to transition to commercial production in 2025.