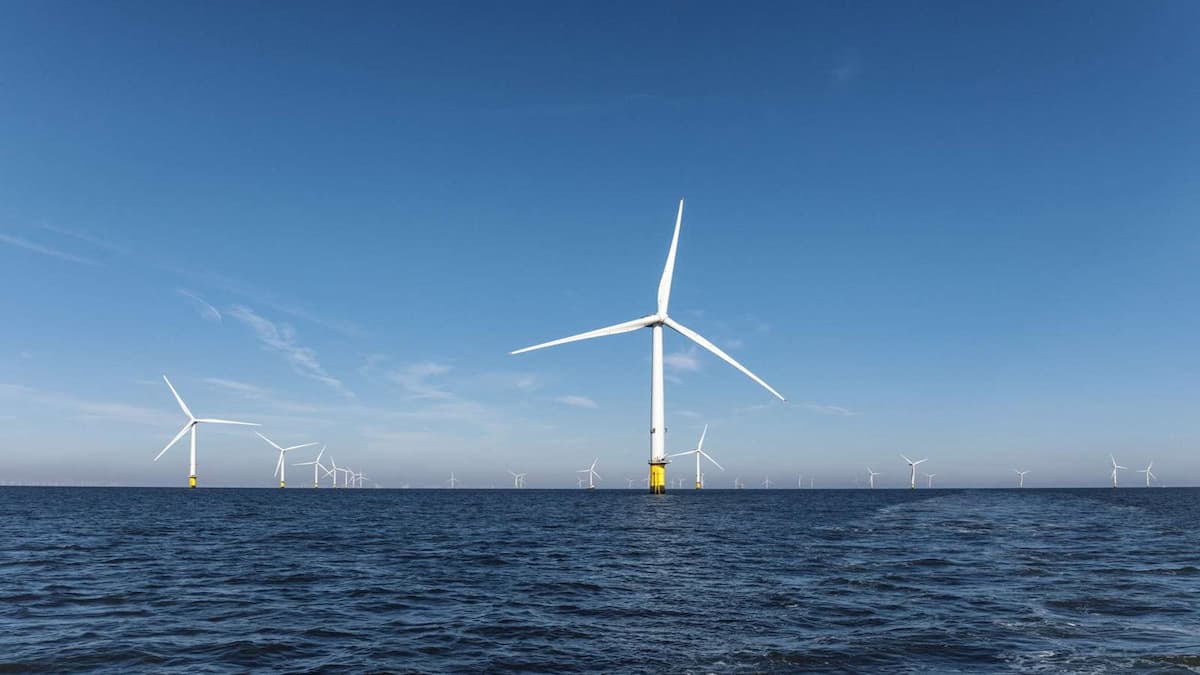 August 31 update: On August 17, Electrek reported that Hornsea 2 was expected to be fully commissioned before the end of August. Ørsted just slid into home plate today, the last day of the month: Hornsea 2 is now completely powered up.

Electrek’s Take: This is a major milestone, not just in the UK, but globally, for offshore wind power and renewables in general. And it’s just the start, as Ørsted alone – not counting other offshore wind developers around the globe – has 8.9 gigawatts (GW) of offshore wind in operation, around 2.2 GW under construction, and another approximately 11 GW of awarded capacity under development. Ørsted’s goal is to install 30 GW of offshore wind by 2030 on a global scale.

Now that the Biden administration’s Inflation Reduction Act has passed, major offshore wind projects will line up even faster in the US, too, in new areas such as the Gulf of Mexico, the Gulf of Maine, and off the California coast.

We are already seeing alarming evidence of global warming. The offshore wind revolution can’t happen fast enough in order to prevent it from getting worse, so it’s heartening to see big projects like this come online.

The 1.32 GW Hornsea 2 has dethroned the 1.2 GW Hornsea 1 as the largest operating offshore wind farm in the world. It’s 462 square kilometers (178 square miles) in size, and it can power more than 1.3 million homes. Together, Hornsea 1 and 2 are capable of powering 2.5 million homes.

The 2.8 GW Hornsea 3, pictured on the map above, will follow in future, as it was awarded a contract for difference by the British government earlier in 2022. The Hornsea projects are off the east coast of England.

Hornsea 2 features the world’s largest AC offshore substation, and it also has a Reactive Compensation Station (RCS). An RCS is required because of cable length, so it will compensate for reactive power losses in order to ensure power transmission efficiency.

As Electrek reported on December 16, 2021, Hornsea 2 produced its first electricity that month. But according to Ørsted’s 2021 annual report:

For Hornsea 2, we saw progress according to plan up until mid-December. However, the accelerating Omicron variant infection rates meant that it was not possible to man the vessels used for commissioning work according to plan.

As a result, the ramp-up of the huge offshore wind farm was delayed until now.

There are other big offshore wind projects in the pipeline globally, such as Ørsted’s Greater Changhua 1 & 2a in Taiwan, which is also expected to be commissioned this year.

Equinor’s and SSE’s 4.8 GW Dogger Bank, off the Yorkshire coast in the UK, is expected to become the world’s largest offshore wind farm in 2026.