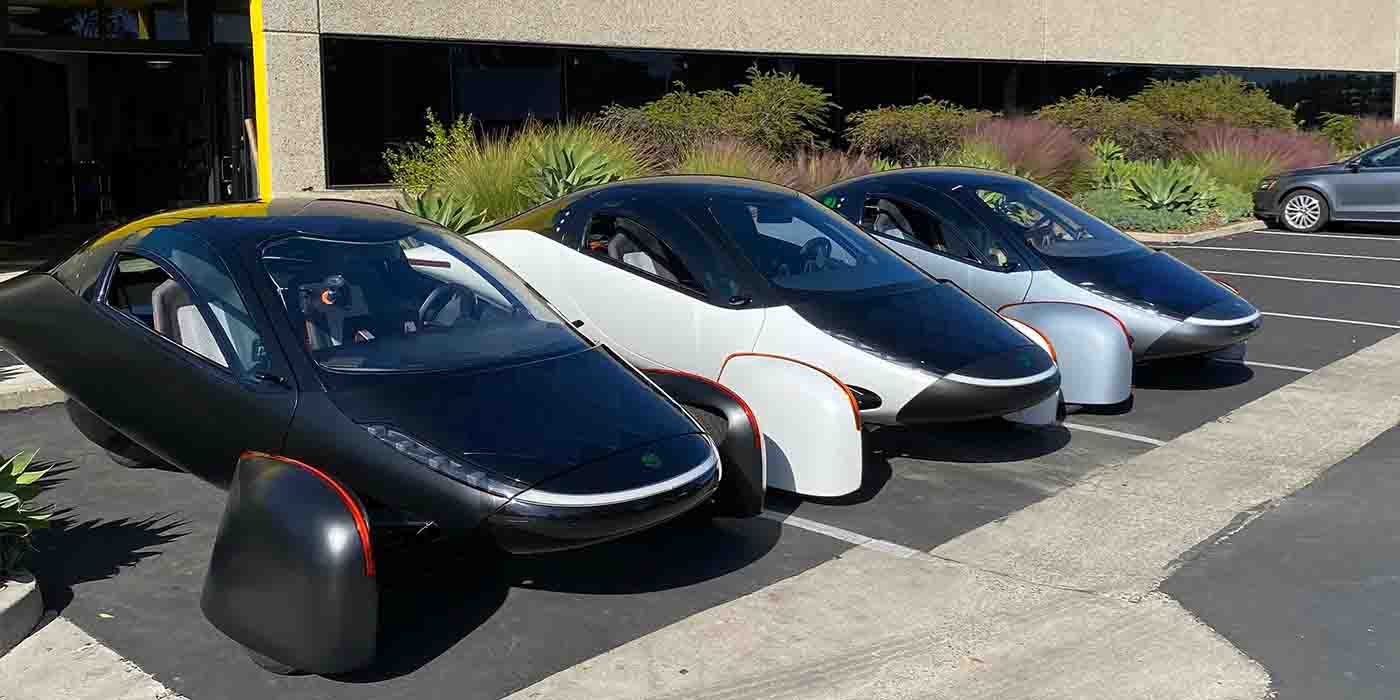 Aptera has reopened investments to the public as it tries to secure more money to bring its 1,000-mile-range solar electric vehicle to production.

A lot of people get into electric vehicles for their efficiency, and there’s nothing more efficient than Aptera’s solar electric vehicle (SEV). Thanks to an extremely lightweight, three-wheel design and a drag coefficient (Cd) of only 0.13, the Aptera SEV can achieve 250 miles of range on a fairly small battery pack and 1,000 miles with bigger battery packs.

While solar on electric vehicles has been limited to countering vampire drain or adding just a few miles of range, Aptera’s electric car is so efficient that, by fitting up to 700 watts of solar power, you can add up to 40 miles of range per day by just parking it outside – add in a starting price of just $25,000, and it’s enough to create a lot of hype.

The prototypes unveiled by Aptera have already impressed many buyers and investors.

Earlier this year, we reported on Aptera closing a $40 million round of crowdfunding, and it managed to get over 22,000 reservations for the vehicle. Aptera asks for a $100 deposit (or $70 if you use a referral code) to reserve the solar electric car.

Now the company announced that it is reopening investments to get more capital to secure the last push to volume production by next year:

It’s official, the Aptera Motors investment offering has re-opened – you can now invest in Aptera at $10.50/share as we continue on our journey to bring solar mobility to life.

At $10.50 a share, it’s up from $9.20 during the last round so investors are technically already up, though they have no way of exiting the investment for now.

This new round would value Aptera at around $700 million, which is a lot for a company that has yet to deliver a vehicle to market, but it has several advanced prototypes, and it has received 8,000 more reservations since the last round.

Aptera says that “over 30,000 reservations” represent “over $1 billion in total pre-order value.” While it does require a deposit, which shows some interest in the vehicle, the deposit is refundable and therefore, those pre-orders are not binding.

Now the company says that “the next six months will be focused on supply chain and manufacturing build-out” at its final assembly location in Carlsbad, California. The money already raised is likely going to sustain it until the start of low volume production, but the company is going to need that new round to get it to volume production next year.

Full disclosure, I invested a small amount of money in Aptera. I really like the concept of an ultra-efficient vehicle, and I also like its chances of bringing it to market.

I am generally super skeptical of crowdfunding efforts for electric vehicles – even those doing SPAC deals, but I like Aptera’s chances because it’s not a car or a truck it is trying to bring to market. It’s a three-wheel enclosed vehicle, and therefore, it is classified as an ”auto-cycle” in most markets.

It means that it is not subject to all the same strict safety requirements of a car or truck, but you can still drive it with a regular driver’s license in most places.

This is a massive advantage when it comes to the difficulty and needs for capital to bring the vehicle to production. Not that that is going to be easy, but a lot easier than other efforts from small startups trying to crowdfund full electric cars and trucks.

As for the form factor, it is certainly not for everyone and it won’t replace most cars. That said, I think a lot of people could have this as their primary commuting vehicle, and that would be a massive efficiency gain for most people.