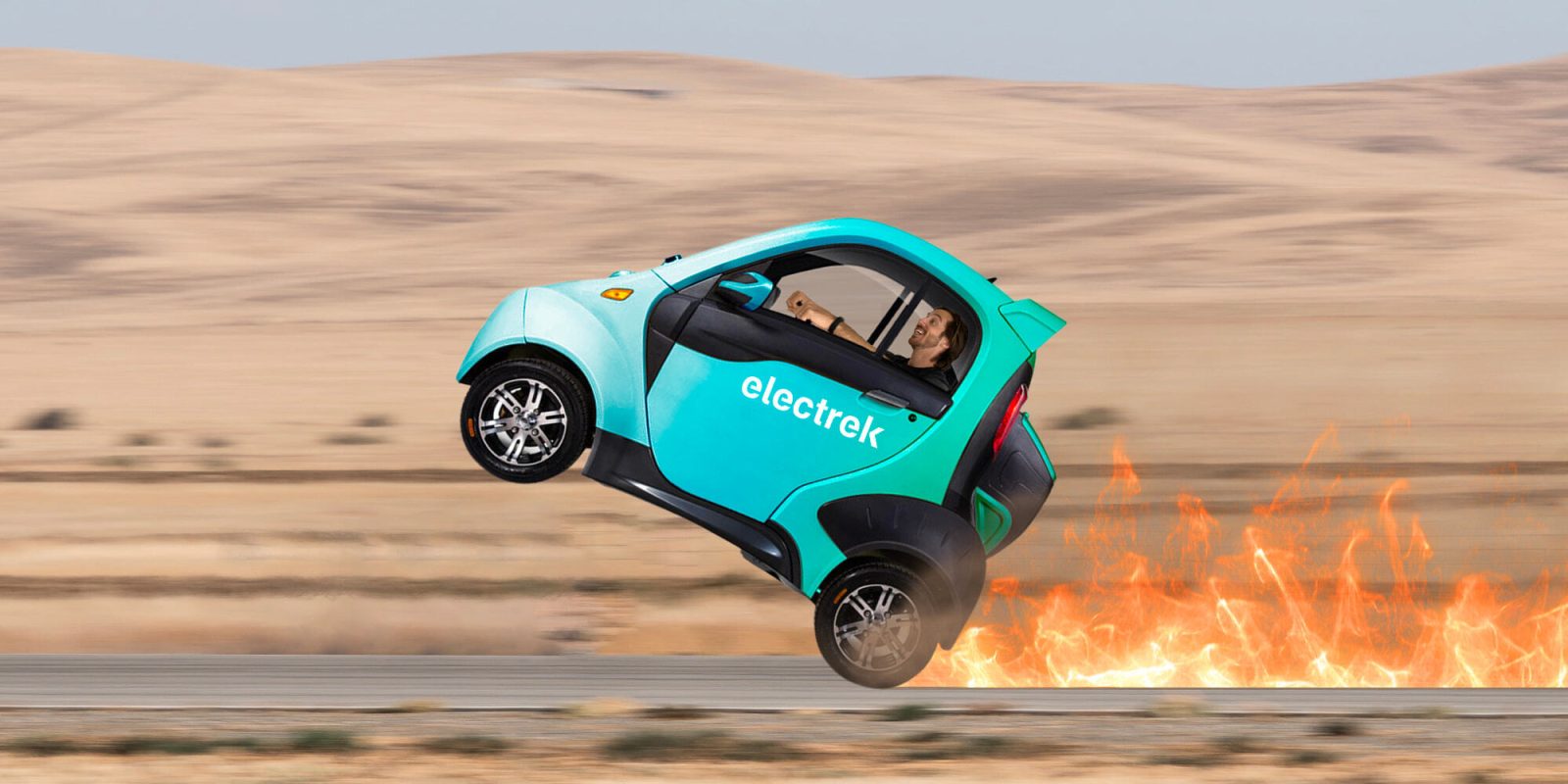 At a time when cars seem to be getting bigger and bigger, perhaps we all need to take a step back. I think it’s time to reevaluate just what cars need to be and how much car is really necessary to move us around. It sounds like China agrees with me, at least judging by the looks of Alibaba’s latest awesome electric car.

I’d say that this little wedge on wheels is perfectly poised to become this week’s Awesomely Weird Alibaba Electric Vehicle the Week!

I’m not claiming this is going to be the new hot hatch of the season.

It’s a couple of ponies short of any real power, if the spec sheet has anything to say about it.

The cute little electric car operates on a 48V electrical system, which isn’t going to win any tractor pulls. I’ve got a $799 electric bike that runs at the same voltage!

The motor is a bit bigger on the car than my electric bike, though, rated at 4.5 kW on the four-wheeler. That’s a solid six horsepower, for anyone keeping score.

Considering this is more likely to drive your teenager to school than to win you any pink slips at the local track, that speed is probably reasonable.

With these wheels, I’m not sure I’d want to be going much faster anyway. I’ve seen filing cabinets with larger casters than the wheels on this little hatchback.

And the wheelbase isn’t exactly lengthy either. Measuring 156 cm (5’1″), you could practically sit in the driver’s seat and touch all four wheels.

The car only has seating for two, but that’s likely by design. I’m not sure the weight of four passengers would do the performance any favors.

Though I do have to admit that the little car’s design seems fairly well thought out. It offers McPherson suspension, front disc brakes along with rear drum brakes, aluminum rims, and an optional air conditioning unit. There are power windows, central electric locks, and even a key fob for remote locking. Now we’re talking!

There’s even some type of protuberance on the rear of the car, which is either a spare tire or a trunk box. I guess if the little car doesn’t have enough storage in the minimalist cabin, you can always add a motorcycle-style trunk box!

As awesome as the car’s features are, the real winner here is of course the price.

Our little wedge on wheels is priced at a cool $5k. Just get ol’ Benji Franklin and 49 of his friends together, and you’ve got yourself the cutest little Chinese electric car free and clear, paid in cash.

Freighting it home to the other side of the world may cost you a king’s ransom, but you could always drive it back home instead. That 100-km (62-mile) range will require a few (hundred) charge stops along the way. But as they always say: It’s not the destination but the journey itself!