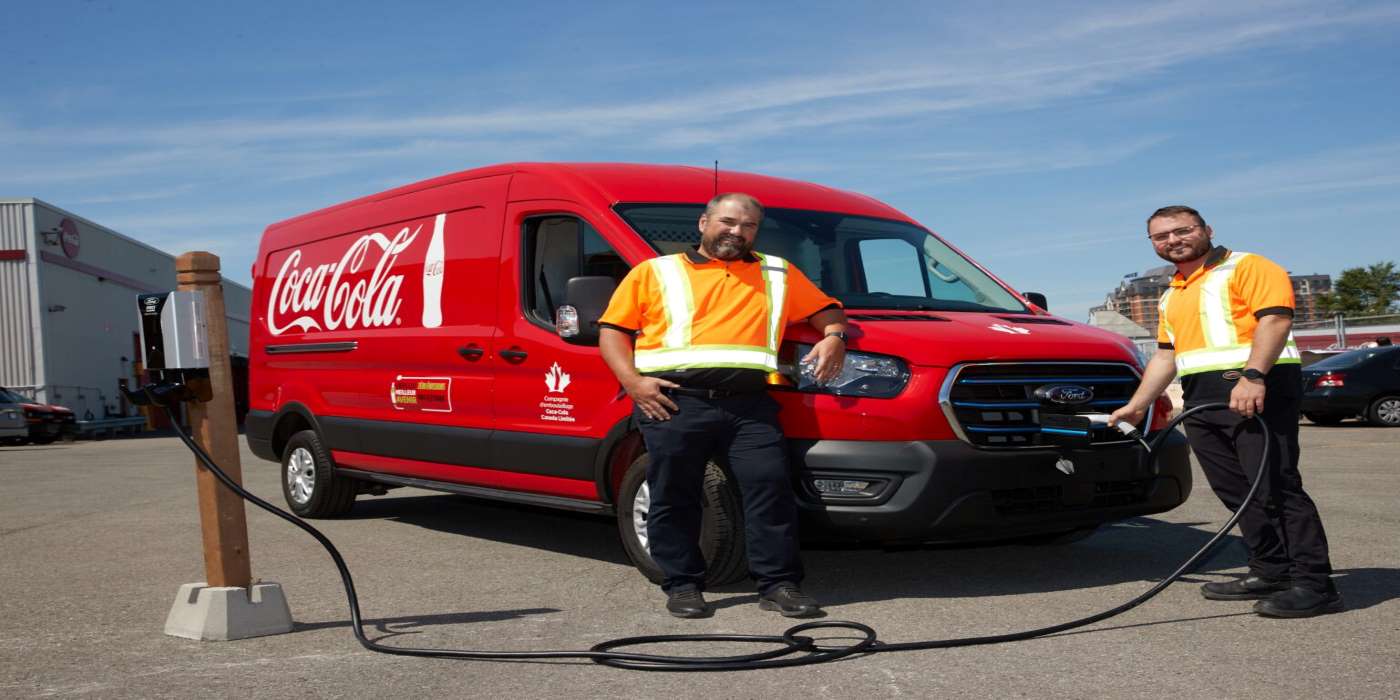 Coke Canada is testing its very first EV cargo delivery vans in a new pilot in the Greater Montreal Area. The bottling manufacturer buys the famous Coca-Cola syrup, enhances it, and packages them while distributing it to its 16,000 customers.

The Canadian bottling company will use Ford’s E-Transit, which has been a hit so far for the legacy automaker. In fact, Ford’s July sales show the E-Transit controlling 95% of the electric van market.

The move comes as many corporations promise a carbon-neutral future. In fact, Coca-Cola Canada has taken several steps already towards a cleaner future.

Coke Canada also reached 100% water replenishment in 2019, meaning the company gives back the same amount of water they use for operations.

With the help of Ford’s E-Transit, Coke Canada looks to make good on its commitments. The new pilot program includes more than just the EV delivery vans.

Will Coke Canada using the Ford E-Transit spark a trend?

We’re very pleased to add the Ford E-Transit to our delivery fleet. We know we have work to do to decrease the emissions from our fleet and we’re considering everything.

We’re building a business with sustainability at the foundation of our future and are looking to partner with suppliers who are leading the change in these areas to help us do it.

Ford is a leader in this regard, as the company continues to see strong demand for its EV models. In fact, the Ford Mustang Mach-E is the third best-selling EV so far this year, behind the Tesla Model Y and Model 3.

To further sweeten the deal, Coke Canada’s new program includes installing EV chargers at work and in employees’ homes. The bottling company will test the Ford E-Transit’s performance to determine if it’s the right fit.

Coke Canada has 275 delivery vans throughout Canada, with another 25 in the Greater Montreal Area. If the program is successful, Coke Canada hopes to expand the deal.

Coke Canada is one of many companies looking to cut emissions and electricity their fleet. For example, Amazon, the US Post Office, and UPS are a few notable companies adopting EV fleets.