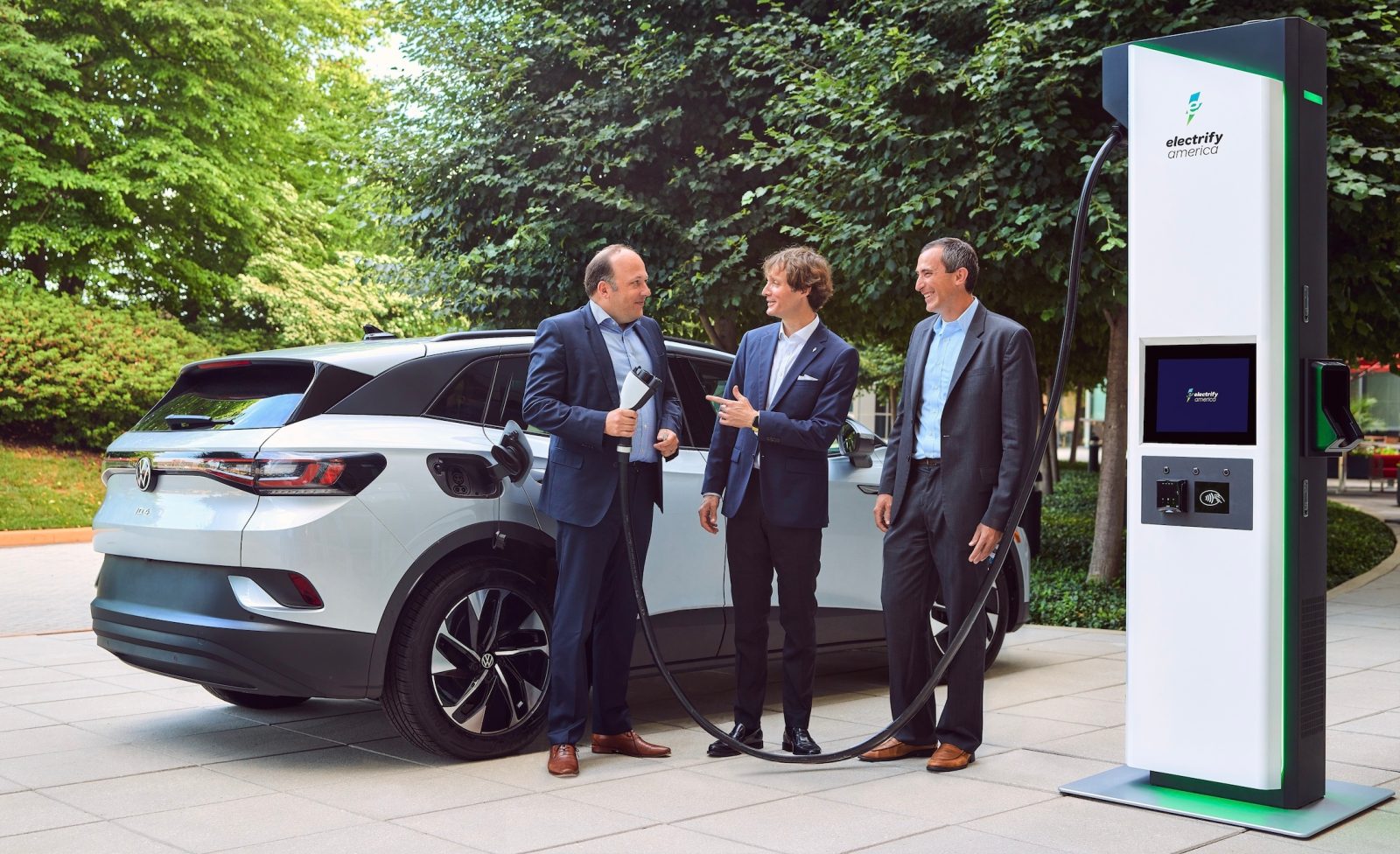 Volkswagen and Siemens announced that they raised $450 million for Electrify America to accelerate its deployment of charging infrastructure in the US.

If you are “punished” by the US government by being forced to invest in electric vehicle charging infrastructure, you might as well make the best of it, double down, and make it an asset.

That’s basically what is happening with Electrify America.

The company was created as part of VW’s $2 billion deal with the US government to compensate for the Dieselgate scandal. VW had to create an entity to invest the money in electric vehicle charging infrastructure and other programs to help accelerate EV adoption.

For anyone who had a good understanding that electric vehicle were the future anyway, this turned out to be a sweet deal for VW since its punishment was basically to be forced to invest in a business that is likely going to be the future of powering transportation.

Now six years after the deal and four years after Electrify America opened its first station, the company has 800 total stations with 3,500 ultra-fast chargers installed, and it keeps growing.

Today, Electrify America announced that it is now taking additional funding for the first time:

Electrify America LLC, the largest open ultra-fast electric vehicle charging network in North America, announced today it has raised $450 million of equity investments into the company at a post-money valuation of $2.45 billion.

VW invested in the round, but the company has taken outside money for the first time with Siemens investing an undisclosed amount in the “low triple-digit million USD.”

With our recent investment, we confirm our commitment to keep growing in the Charging and Energy business. We are supporting eMobility in North America to more than double Electrify America’s charging infrastructure to 1,800 sites and 10,000 ultra-fast chargers by 2026. Siemens’ investment validates our electrification strategy to provide charging and energy solutions nationwide, and the company is a significant strategic technology and electrification partner for us on this route.

VW says that the investment will result in “Electrify America’s accelerated growth plans through technological advancements in charging and energy solutions across public, home and commercial offerings.”

This appears to be Electrify America’s natural progression into its own full-fledge company and not just something that VW was forced to do because of the Dieselgate scandal.

I am happy to see it happen because $450 million is a trivial amount to pump into North American EV charging infrastructure, which badly needs to expand in order to support the growing number of electric vehicles being delivered.