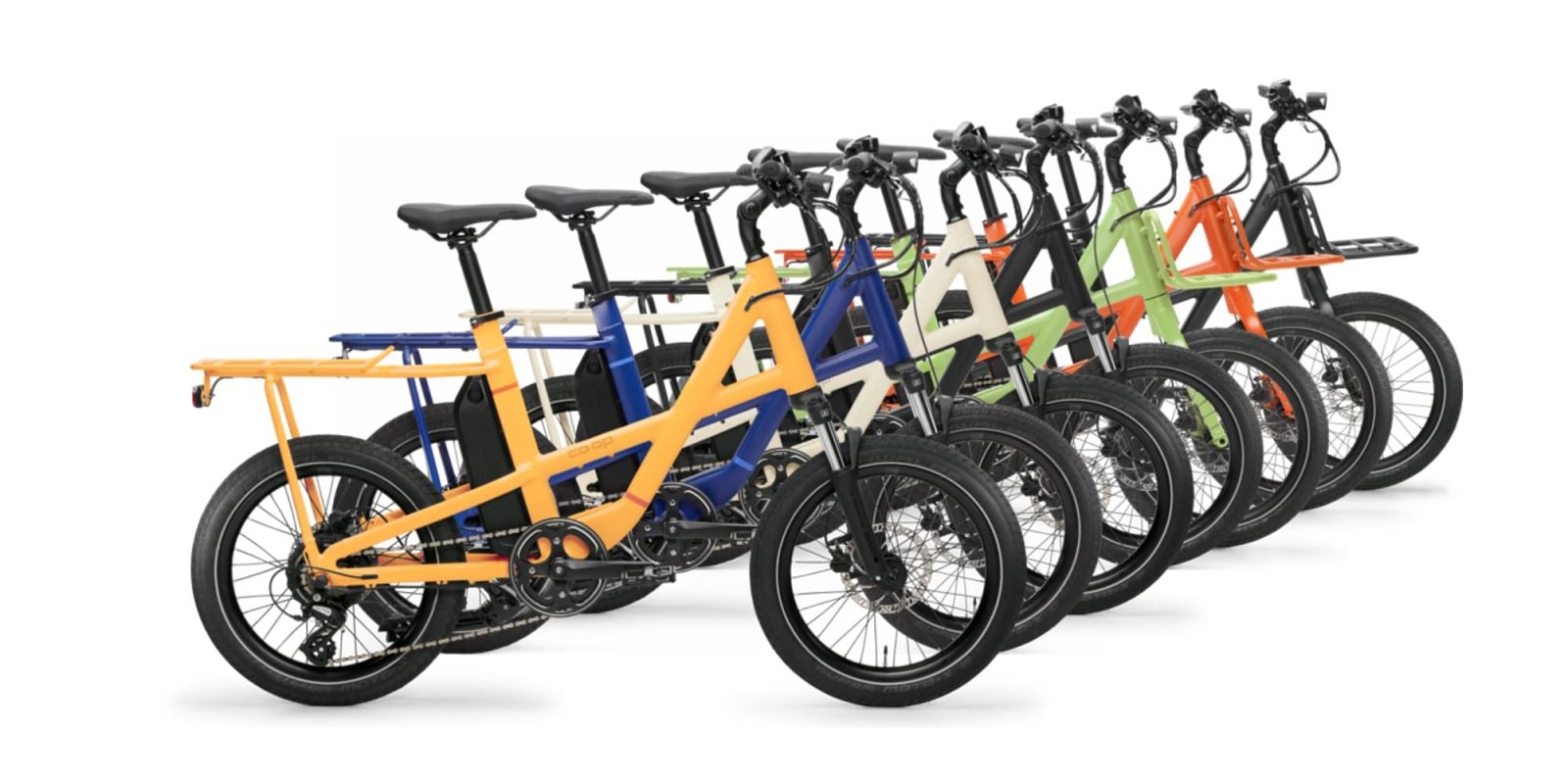 REI has just launched two new models of e-bikes as part of its new “Generation e” line of electric bicycles. The new e-bikes were unveiled under REI’s Co-op Cycles bicycle line and are known as the Co-op Generation e1.1 and Generation e1.2 e-bikes.

That means smaller diameter 20″ wheels in a wider 2.4″ motorcycle-inspired tire, a low frame that is easy to mount, and a one-size-fits-most sizing doctrine.

The bikes also feature memory foam saddles, dual Y-style kickstands, and LED lighting in both the front and rear.

This e-bike line was designed to help make it easier for people to hop on and go. The frames and features give them approachability and versatility, whether you’re a new or seasoned rider, dressed in workout gear or jeans.

The bikes are outfitted with Shimano 7-speed drivetrains and Tektro hydraulic disc brakes. In a nod to affordability, the e-bikes are powered by 350W Bafang hub motors instead of mid-drive motors like REI’s last big e-bike reveal.

The two models both reach a top speed of 20 mph (32 km/h), but have other important differences.

Both models are classified as Class 1 electric bikes, meaning they do not have a throttle and instead use pedal assist to provide motor support when the rider pedals. The motor support cuts out at 20 mph (32 km/h), meaning that riders can pedal faster but will be on their own at higher speeds without the assist of the motor.

Just kidding, sort of. I mean, the bike does share some Radrunner-esque design features, and looks like that bike had a baby with a VanMoof, but there’s some definite uniqueness here, too.

I’m a big fan of this type of small diameter wheel utility e-bike, and so I’m glad to see REI getting in the game. Plus it is hard to complain about the lower entry price, though considering the more entry-level model has a weaker 36V battery, I could have been happier with a couple hundred bucks cheaper on that model. Compared to something like a Tern though, these prices are practically rock bottom. But of course, these e-bikes don’t carry the same build quality or high-end parts as an expensive Tern.

As it is though, these are some nice entries into the utility e-bike space. Suspension and hydraulic brakes are both great upgrades over some other similar models that lack those parts, even if the 36V battery feels a bit anemic for an e-bike intended for light cargo duty.

What do you think of REI’s Co-op Cycles Generation e1.1 and Generation e1.2 electric bikes? Let’s hear your thoughts in the comments section below.